GABBY Petito's mom has revealed she had a gut instinct the 22-year-old was dead when they learned Brian Laundrie arrived back in Florida with their van but without her on September 1.

She also revealed that Brian had bragged about being able to live off the land as it nears three weeks since he disappeared. 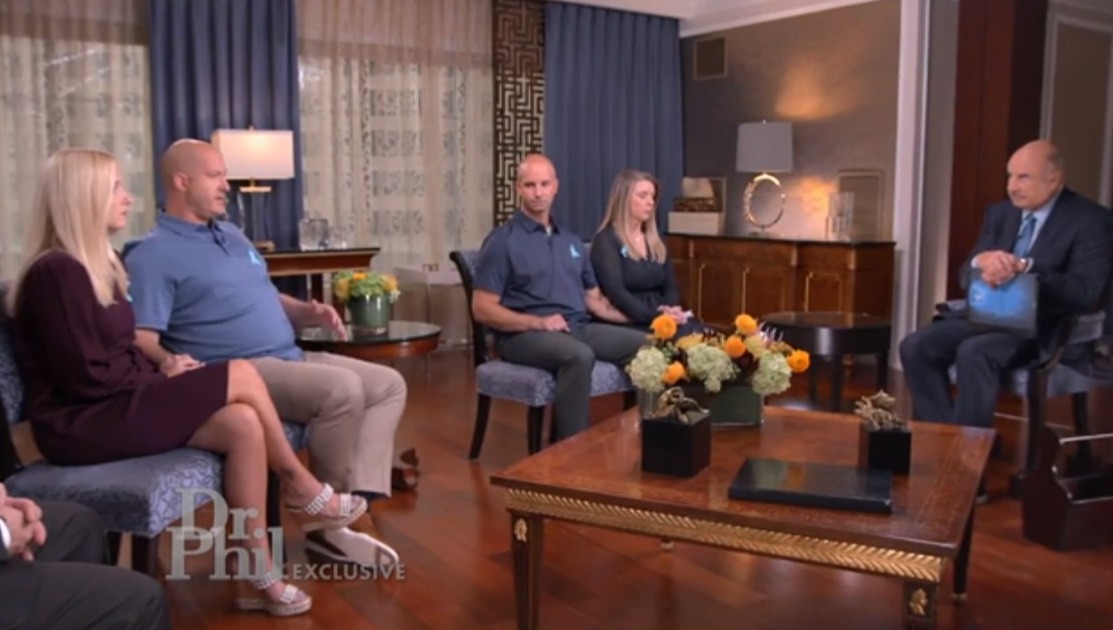 Gabby's family refused to comment on who they believe is responsible but spoke of their heartbreak when her body was found on Dr. Phil on Tuesday.

Her stepdad Jim Schmidt was in Wyoming when the FBI found remains they believed to be Gabby.

He described the moment FBI agents told him that they had found a body and that there was an identifying piece of clothing.

Jim confirmed that Gabby had a sweater like the one found and called the rest of the family as they awaited an official autopsy.

"We knew it was Gabby even though we were hoping it wasn’t," said mom Nichole Schmidt as she broke down in tears.

"It was the hardest thing I’ve ever had to listen to. It didn’t hit me right away but I knew she was gone.

"I didn’t want to admit it but felt it the night I found out the van was in Florida," she admitted, adding that when she first reported Gabby missing on Saturday 11, she believed the couple could both be gone.

However, she learned that the van was back at the Laundrie family home in North Port that night when cops when to the house.

"It had to get there somehow," she said. "It's infuriating."

" I didn't want to believe it," her stepmom Tara Petito added of when the body was found on September 19.

"My body went into shock and then you break down, you just fall and cry.

The family says they now believe Brian is still alive as they slammed his family for failing to speak out about what they know.

"I do because he’s a coward," dad Joe Petito said when asked if he believes Brian is on the run.

"Anyone who lived in that house is a coward and can't stand up for their actions."

He added that he and Gabby's mom had tried to contact Roberta and Chris Laundrie but for the phone numbers they had, no voicemails or texts were answered.

Joe said that in one text he even said he was going to call the cops but still did not receive a response.

Nichole added that Brian "bragged that he was good at that stuff" when asked if Brian could live off the land.

The family all issued a plea for Brian to "turn yourself in."