A mob of Yellow Vest protestors has tried to storm the holiday home of French President Emmanuel Macron.

Around 50 members of the anti-government movement arrived at the medieval fort of Bregancon, on the Riviera coast near Toulon on Thursday, and remained close by on Friday.

They shouted ‘Macron Resign’ as they tried to get into the heavily armoured building, where they claim Mr Macron, 41, is enjoying a vacation with his wife, Brigitte Macron. 65.

The Yellow Vests – who are named after their trademark high visibility jackets – managed to pose for pictures close to Bregancon, but were then kept away by armed police and gendarmes. 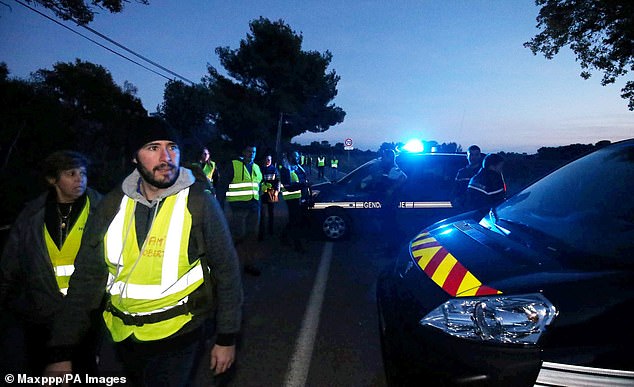 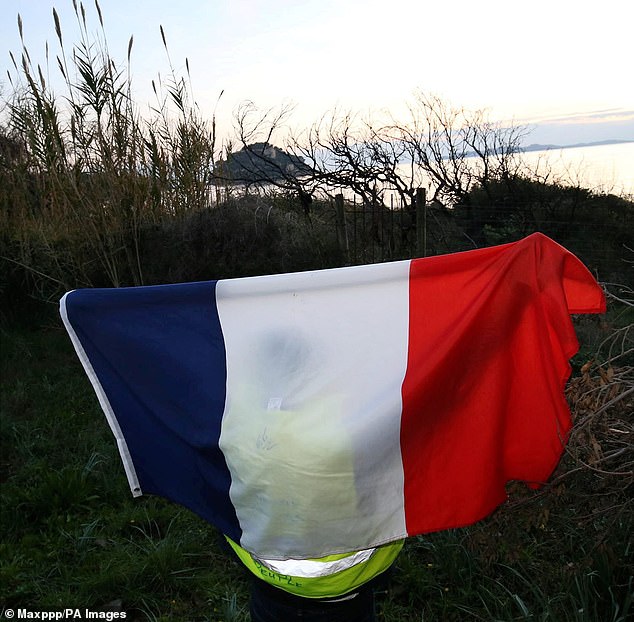 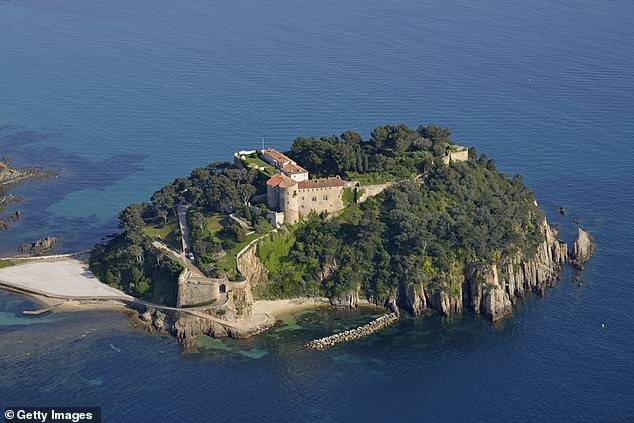 Aerial view of the Fort de Bregancon in Bormes-les-Mimosas on the French Riviera, Macron’s holiday home

‘They have been trying to cross private land, and say they are going to have another go on Friday. This is unacceptable.’

Bregancon became a symbol of anti-government protest in the summer, after Mr Macron installed a swimming pool there for his family members who did not want to use the sea to bathe.

The pool cost more than £30,000, with Mr Macron saying the cost was justified because he and Brigitte did not like to be pictured in their beachwear by the paparazzi.

Today presidential sources would not say whether the Macrons were in residence at Bregancon, which is one of at least 10 presidential properties available to them all year round. 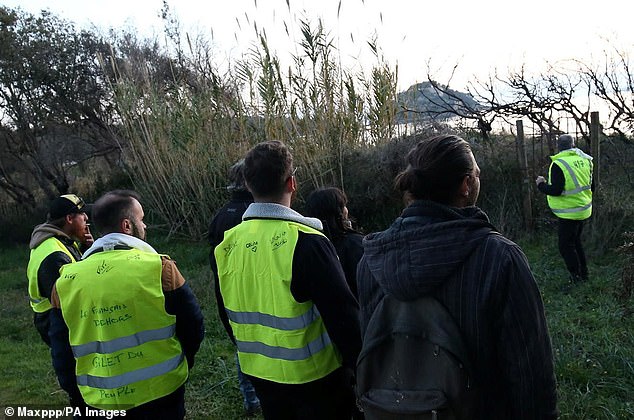 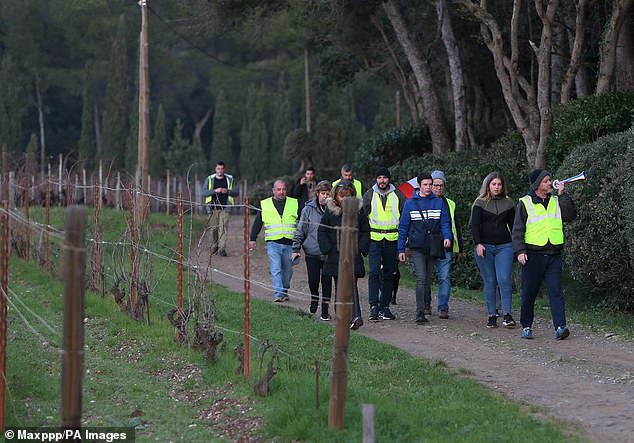 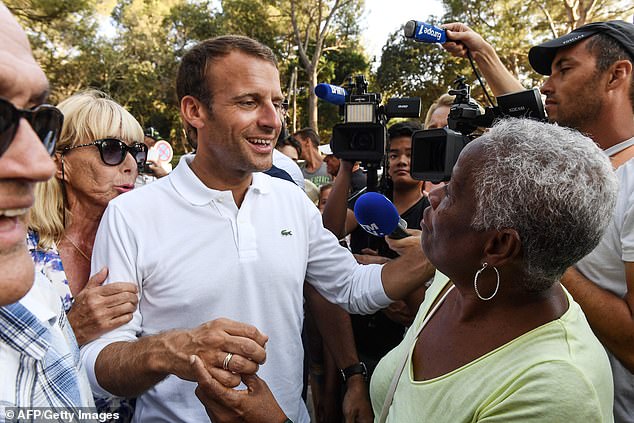 President Macron was said to have been at the house for his Christmas holidays. Pictured: Macron meeting members of the public near the house in August

But they confirmed that they had cancelled a ski trip to La Mongie, in the Pyrenees, which Mr Macron used to visit as a child.

Thousands of Yellow Vests have been arrested across France over the past two months as they campaign for Mr Macron to resign.

They started off as group protesting against fuel price rises caused by ecological taxes.

Last Saturday there were almost 150 arrests for public order offences during Vest protests in Paris alone, while at the end of November some 700 were held in custody on a single day.

Mounted police, water cannons, and 14 armoured vehicles capable of spreading high-intensity tear gas have been used against them constantly in the French capital, where they vandalised public monuments including the Arc de Triomphe. 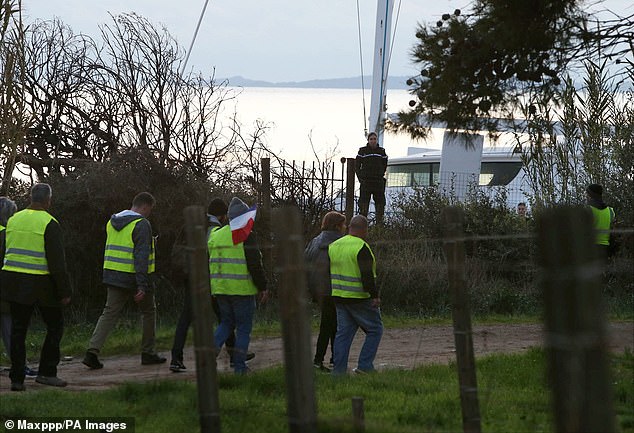 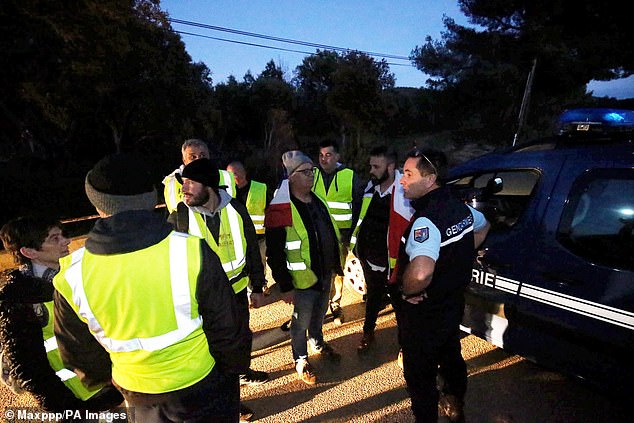 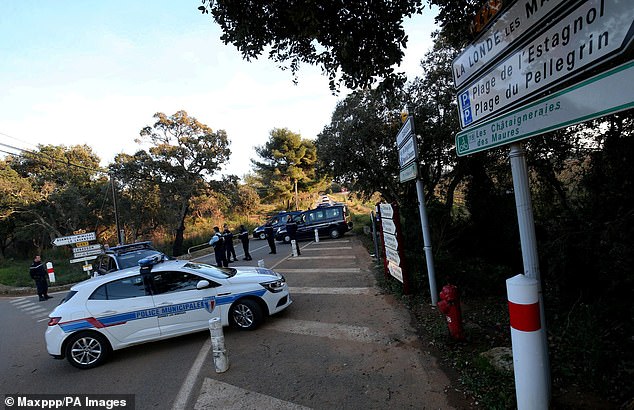 Bregancon became a symbol of anti-government protest in the summer, after Mr Macron installed a swimming pool there for his family members

The French police have failed to prevent widespread disorder over the past few weekends, with more trouble predicted on Saturday.

The Vests have been joined by extremists from the far Right and the ultra-Left, as well as anarchists intent on causing as much damage as possible.

Crisis-ridden Mr Macron has not only climbed down on imposing green surcharges on petrol and diesel, but increased the national minimum wage by seven per sent, and scrapped tax on bonuses.

But the Yellow Vests said their protests would continue indefinitely as they campaign for even more concessions.

The independent Mr Macron, leader of the Republic On The Move party, won the French presidential election in a landslide in 2017, but he is now dubbed the ‘President of the Rich’ with polls showing his popularity rating down to just 18 per cent. 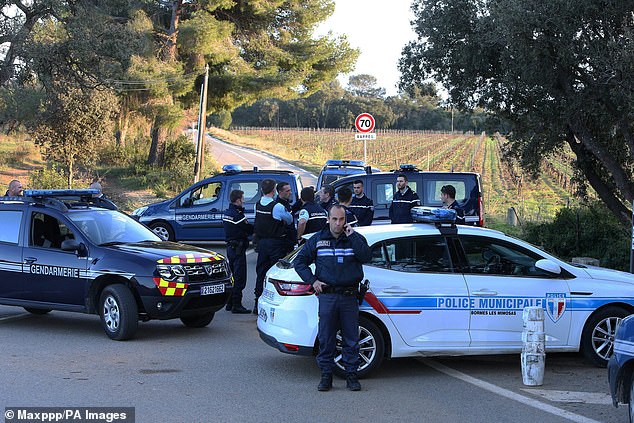 Presidential sources would not say whether the Macrons were in residence at Bregancon, which is one of at least 10 presidential properties