A Missouri man who died after rescuing two young relatives from the choppy waters of Lake Michigan is the fourth person to drown in the lake this summer in the southeastern Wisconsin city of Racine.

Racine County sheriff’s officials on Monday identified the man who drowned Sunday as 40-year-old Thomas Walker. They didn’t say where in Missouri he lived.

Walker went into the lake at North Beach on Sunday to rescue the boys, ages unknown, authorities said. 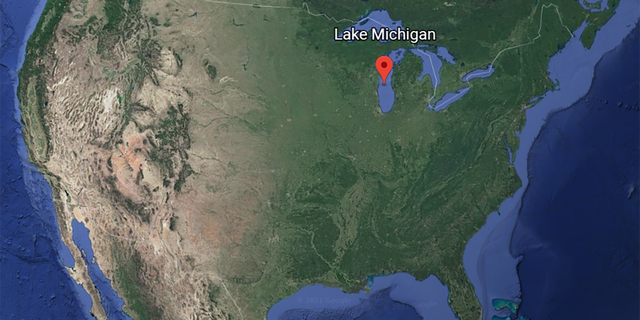 A satellite image of Lake Michigan

“The children showed that they were in distress, and an adult male relative entered the water to save the children,” the sheriff’s office said. “The adult male assisted in the rescue of the young children; however, he did not emerge from the water.”

Emergency responders from the South Shore Fire Department, Racine Fire Department and the sheriff’s office dive team were called to the scene at around 3 p.m. Walker was found in the water about an hour later. He was pronounced dead at a nearby hospital.

The sheriff’s office released a statement from Walker’s family.

“He was a kind soul and an amazing uncle to his niece and nephews. And how we lost him is a testament to how great an uncle and all-around guy he was. (We) never met a person who didn’t like him. He is missed greatly.”

The National Weather Service warned of hazardous water conditions along Lake Michigan on Sunday, including the beaches in Racine County.

“This, like the other unfortunate drownings this summer, are tragic, incredibly sad, and preventable,” Schmaling said.

The three other Lake Michigan drowning victims in Racine died in June and were children.