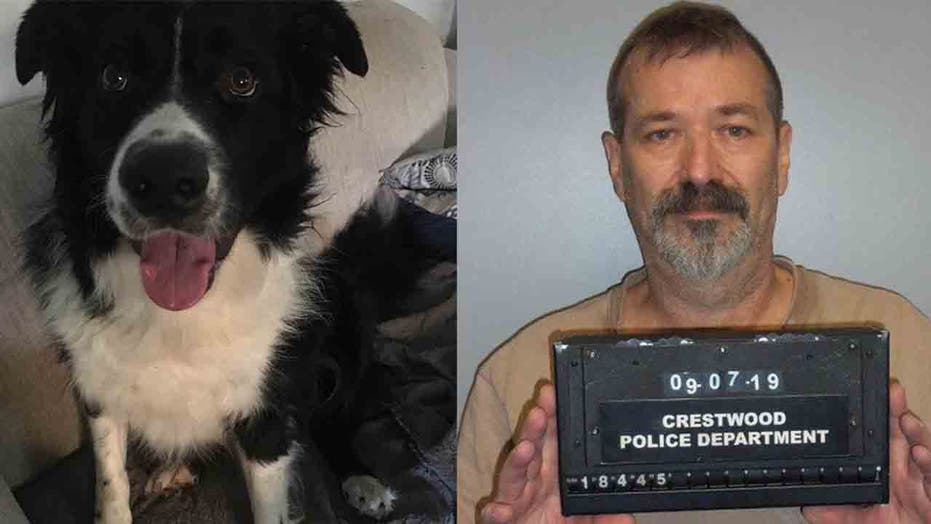 A Missouri man stabbed a neighbor’s Border collie at least seven times after the canine ran onto his property with another dog, officials said. The dog was so severely injured that he had to be euthanized.

The owners told police that their neighbor, John Conrad Ross III, 56, chased the dogs before grabbing Teddy and slamming him to the ground, the St. Louis Post-Dispatch reported. 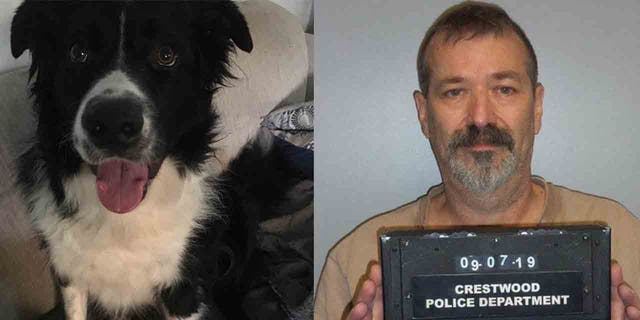 John Conrad Ross II, 56, is accused of stabbing Teddy, a Border collie, at least seven times when it ran into his property.
(Crestwood Police Department)

Ross then used a pocket knife with a 3-inch blade and stabbed Teddy several times before the black-and-white pup was able to escape and run back to his owners, bloody and severely injured.

Court documents said Ross then stared at his neighbors while holding a gun.

Teddy was taken to a local animal hospital, where a veterinarian found that the dog had been stabbed at least seven times, including once in his jugular vein, the newspaper reported.

The dog was euthanized due to the severity of its injuries.

Steele told police that Teddy was “the sweetest dog ever” and would never hurt anyone.

Ross told police that the dog charged him and bit his right hand. He also reportedly showed police scrapes on his right hand, but officers were not convinced they were bite marks.

Ross first told police that he’d stabbed the dog near where his van was parked, but later changed his story after officers at the scene asked him where the blood was, officials said.

In a police report, officers said Ross was unwilling to go into greater detail about the incident, the Post-Dispatch reported.

Ross was charged with unlawful use of a weapon and animal abuse, the newspaper reported.

Steele’s attorney, Dan Kolde, said the couple is getting a restraining order against Ross, who keeps a handgun in his home.

“You call animal control and the owner gets a ticket,” Kolde said. “You don’t resort to vigilante justice.