A teenager missing for more than 30 hours in bushland east of Melbourne has been found dead.

Victoria Police confirmed just before 5pm the body of 14-year-old William Wall had been located. His death is not being treated as suspicious and a report would be prepared for the Coroner, a spokeswoman said. 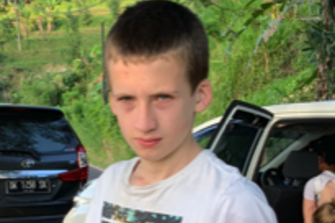 William's father Shane Wall made a desperate plea earlier on Wednesday for locals to check their properties for his son, who went missing after going on a run early on Tuesday morning.

Mr Wall said he slept very little during the night and has spent most of the past two days searching for William.

Asked what message he had for William on Wednesday morning, Mr Wall said: "Just come home. We want you home".

William, who lived in Launching Place near the Yarra Ranges, went for a jog about 6.45am on Tuesday. He told his family he would be gone for 15 minutes but didn't return. Temperatures overnight fell to 13 degrees. 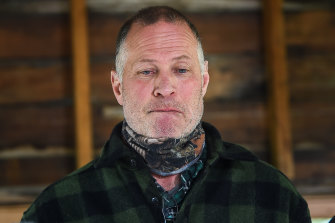 Inspector Jason Goddard, the local area commander for the Yarra Ranges, said the search had been scaled up on Wednesday.

He said the search was covering a 10-kilometre radius around the tracks within the Warburton area, which is where police have had several reported sightings of William.

Mr Wall said that William loved exercise and was a "decent sized kid who is very energetic, very athletic". He believes his son could run 25 to 30 kilometres.

"He's high-functioning so on the outside he seems normal … with him, with the exercise regime, once the body sugars start dropping, that's when it becomes more irrational."

Anyone who approaches William should be calm, Mr Wall said.

"Just be calm, just probably say that his mum wants to talk to him. He responds a bit better than coming to me … just in a calm voice, 'We have some health food bars for you mate, come and get them, they're yours."

William, who wantedto be in the police or the army, had a younger sister and two older brothers. 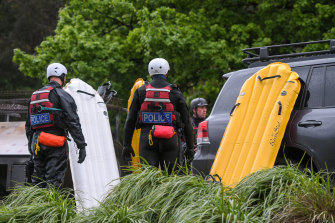 Waterways are also being searched.Credit:Eddie Jim

The search comes three months after the rescue of another autistic teenager, Will Callaghan, who spent two nights in near-freezing bush on Mount Disappointment, about 100 kilometres from Warburton.

His stepfather Nathan Ezard said the memories of Mount Disappointment and the search for their William “don’t really go away”. 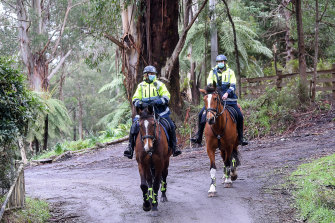 Mounted officers have been searching for William.Credit:Justin McManus

Volunteers who gathered outside Warburton police station on Wednesday morning were told by police they would not be needed in the hunt.

That decision was met with disappointment, with one man saying, "there is a kid out there, the more people looking the better". 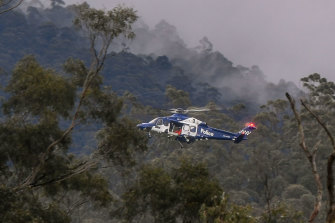 A police helicopter has joined the searchCredit:Eddie Jim

Another woman agreed, saying: "Some of us have grown up in this area our whole lives".

But Inspector Goddard said more than 100 people were involved in the search, using helicopters, horses, motorbikes and 4WDs.

"We are professionals at dealing with searches. This is not an uncommon occurrence for us to search for people. And in this area here, we do often have people go missing. We are comfortable with the resourcing that we do have in place at the moment."

'He could be anywhere'

Local Barry Hodge said he had been out searching for William Wall for several hours on Wednesday morning, mainly along the Aqueduct Trail.

“He could be anywhere,” he said. “It’s insane, some parts [of the bush] you can’t even see 10 metres into the bush. Other parts you can see 50 metres in.”

He said the weather was a worry. “Hopefully he is found today,” he said. 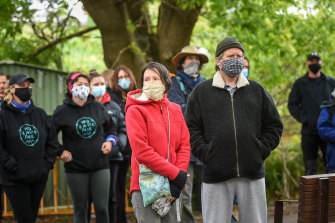 Locals were left puzzled after police told them they weren’t needed in the search. Credit:Justin McManus

Locals turned away from search

Late on Tuesday night, local police took to Facebook to inform locals they weren't needed in the search because of coronavirus restrictions.

"This is not to do with COVID," he said. "We don't want to bring this into a COVID conversation. What we are doing is focusing our search on Will. 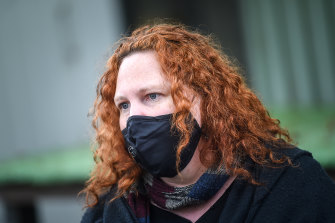 Karen Duke was one of the people who wanted to help.Credit:Justin McManus

"If the resourcing we have on the ground here and deployed today is not adequate we will ask for more resources and I have no doubt we will get what we need in order to conduct this search."

At a heated briefing for would-be searchers in Warburton early on Wednesday morning, police asked residents to keep an eye out for William and to share the word on social media but said that members of the public were not needed as part of the co-ordinated search.

One officer said the bush was "quite treacherous" and the wet and slippery conditions could lead to injuries.

"We aren't going to let the public down or the family," he said. 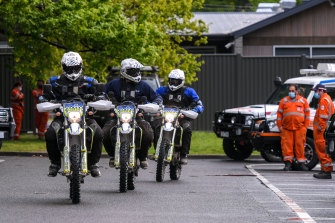 Police on motorbikes have joined the search.Credit:Eddie Jim

Police said they understood people wanted to help but reassured them that they had many trained professionals searching.

After the briefing, local Peta McMillan Kelly said she was "dumbfounded" by the decision which was disheartening for locals, some of whom had waited for instructions in the rain for more than an hour.

She said she would continue to search anyway, using her two hours of exercise to check the tracks and paths in the area that she knows well.

Her daughter Lila, 13, said she would join her mother. "I’m very worried for him," she said. "If it was me I’d be terrified."

Karen Duke, from Warburton, who also came to offer her help in the search, said she understood the decision but it was still frustrating.

"We feel a bit useless, we want to help," she said. "We want to get out there and help this family.”

'People around here are fantastic'

This if the first time Will had gone missing and it's "so much out of character", said his father, who thanked the police, the SES and all the locals for their support.

"Police and SES, his brothers' mates, have all been out all night. I just want everyone to be safe," Mr Wall said.

"I never wanted to be in this situation but people around here are fantastic. I've been in the valley for a long time but this has just blown me away, the support from local people … it's fantastic."

Anyone with information is urged to contact Mooroolbark police station on 9725 9999.