An appeals court will hear a case from a Michigan Catholic school Wednesday claiming mask mandates violate religious liberty by covering “God’s image and likeness,” according to reports.

The Resurrection School in Lansing, Michigan, first brought the lawsuit last fall while there was still a mandate in the state.

“Unfortunately, a mask shields our humanity and because God created us in His image, we are masking that image,” the school argued, according to the Washington Post.

The lawsuit argued that masks make students less social and two parents who joined in the suit said masks caused physical discomfort and made it harder for their children to breathe. 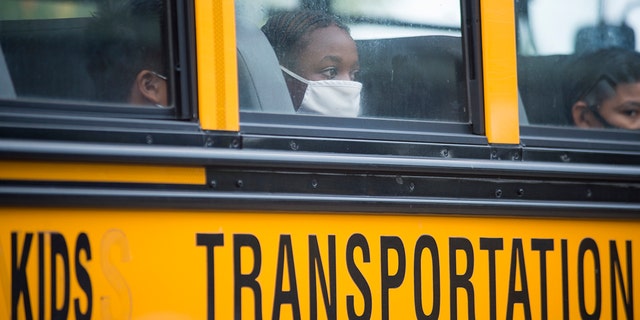 “Masks also make us anti-social,” the school continued, according to FOX 11 in Los Angeles. “They interfere with relations. As the Catholic faith teaches, we are relational beings.” The school added that wearing a mask “conveys the message that the wearer has surrendered his or her freedom to the government.”

Most previous religious liberty cases related to the coronavirus have centered around the right to worship and the case could set a precedent for future mask mandates, the Post reported.

Rev. Steve Mattson, Church of the Resurrection pastor, told WILX-TV in Lansing the school didn’t “have any cases of in-school transmission” in the last year despite 5th graders and younger never wearing masks in classrooms.

Mattson said despite there being no current mask mandate in schools, “We know that can be reinstated at any time and we want to be able to get in front of it,” he said, according to WILX.

Ingham County health officer Linda Vail argued in a response to the appeal Monday the lawsuit should be thrown out because the county doesn’t plan to issue any more mandates.

Bioethics and health policy Professor M. Therese Lysaught at Loyola University Chicago reasoned to the Post that the school’s claim that masks hide God’s image would also subject mask-wearing surgeons and veil-wearing worshippers, for example, to the same scrutiny. Although, she admitted the district-court judge accepted the school’s beliefs were sincerely held.

Lysaught advocated for Catholics to wear masks “because we value the image of God in every other person and because we want to do everything we can to promote the life and health and flourishing of every other human person,” she told the Post. “We will wear masks to do that.”

The school did not immediately respond to Fox News’ late-night request for comment.