The officer, a senior director general of the security service, said MI5 had carried out an assessment of Ramadan Abedi – a Libyan national who fought against the Gaddafi regime with a militant group once designated a terror organisation by the US.

He said the report found that Ramadan had ‘likely’ influenced the extremist views of son Salman, who killed 22 people when he detonated a suicide bomb in the foyer of the Manchester Arena in 2017.

Ramadan, who fled for Libya five weeks before the attack, has so far refused to help the inquiry.

The MI5 officer, referred to at the inquiry as ‘Witness J’, also revealed how security services were aware that Salman had links to a serious crime gang in the city prior to the attack.

The inquiry heard from Witness J how MI5 came close to reopening an investigation into Salman’s terror links.

A meeting was due to take place nine days after Salman carried out the attack, the inquiry heard.

The evidence, given from behind a specially made wooden screen to protect the MI5 officer’s identity, was heard at the ongoing inquiry into the terror attack.

The inquiry is examining whether a probe into Salman should have been re-opened as a subject of interest in 2016, prior to the atrocity.

As part of the inquiry officials have been attempting to obtain evidence from friends and family members about Salman’s background and how he came to be radicalised. 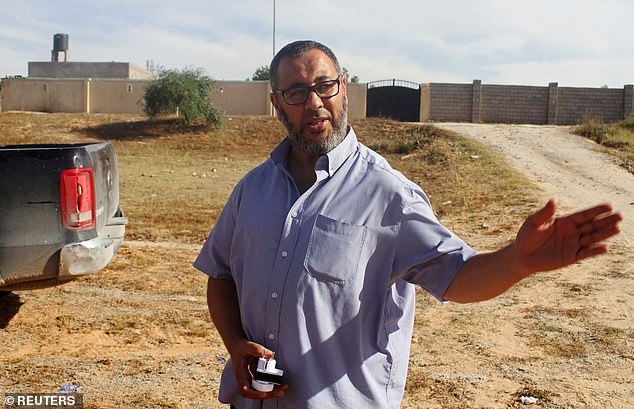 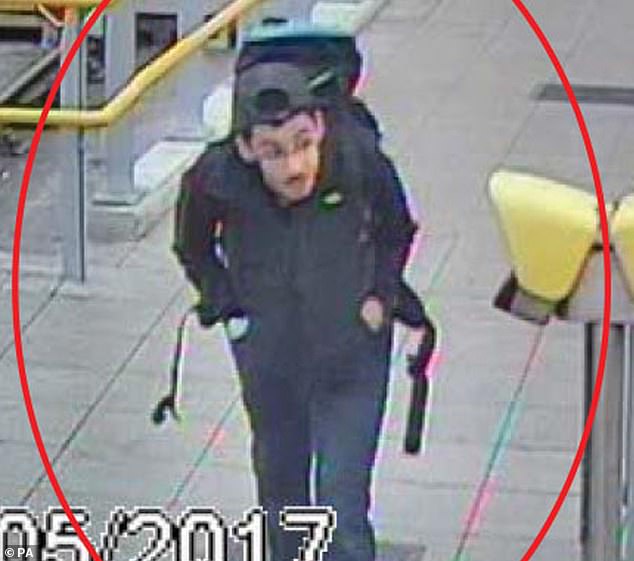 The inquiry heard from Witness J how MI5 came close to reopening an investigation into Salman’s (pictured) terror links. A meeting was due to take place nine days after Salman carried out the attack, the inquiry heard

The hearing had earlier heard how Salman’s brother, Ismail Abedi, had fled the country after being served a notice demanding he attend the inquiry.

He said he would only help the inquiry if he was given immunity from prosecution – a request that was rejected. Their brother, Hashem, has been jailed for life for helping Salman carry out the 2017 attack.

But asked about their father, Ramada, Witness J told the inquiry today: ‘Salman Abedi was assessed as likely his extreme views were informed by his father, Ramadan Abedi’.

Witness J also told the inquiry it was ‘reasonable’ not to re-open an investigation into Salman after two separate pieces of intelligence were received about him in the months before the attack.

Salman was in touch, directly and indirectly, with six different ‘subjects of interest’ in the years before the attack, officer said.

The senior officer also revealed that Abedi had links to a serious crime gang in the city.

Abedi was investigated as a ‘subject of interest’ himself in 2014 and briefly in 2015 and a meeting to decide whether to re-open his case was days away when he launched his attack.

The intelligence received in the months before the attack was assessed at the time to relate to ‘non-nefarious activity’ or ‘non-terrorist criminality’ on his part.

Paul Greaney QC, for the inquiry said that ‘in retrospect this intelligence was highly relevant to the planned attack, but the significance of it was not fully appreciated at the time.’ 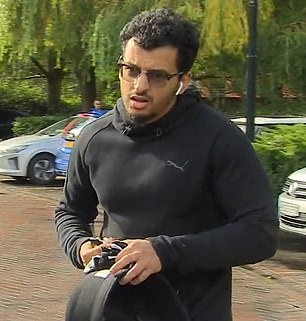 The hearing had earlier heard how Salman’s brother, Ismail Abedi (pictured), had fled the country after being served a notice demanding he attend the inquiry

But Witness J told the inquiry: ‘This was fragments of the picture held at the time. In our post-attack work, looking back, we can see if was highly relevant to the planned attack.’

Asked if he would make the same assessment ‘not applying hindsight and judgment retrospectively’, the officer said: ‘In our view it was a reasonable judgment to make that he was not associated with terrorism and reasonable not to reopen the investigation on that basis.’

The officer, one of three director generals, gave evidence from inside a specially built wooden box to a court room at Manchester Magistrates Court, packed with members of the victims’ families and lawyers.

Earlier he told the inquiry: ‘We assess that Salman Abedi was part of a group of individuals in South Manchester who had links to a serious crime gang.’

The officer added: ‘The challenge for us is when individuals are involved in terrorism and crime, some of their behaviour and activity can look the same.

‘It can be difficult to distinguish, for example drug dealing and fraud from national security activity.’

Beginning on December 2013, Abedi’s phone number was picked up as linked to ‘Subject of Interest A’ who was suspected of planning to travel to Syria to join the fighting.

He appeared again in 2015, this time after meeting on a number of occasions with ‘Subject of Interest B’ who was previously associated with al-Qaeda and being investigated for facilitating travel to Syria.

The final appearance was as an associated of ‘longstanding’ subject of investigation who had affiliations to a group in Libya, described as ‘Subject of Interest C.’

The second two individuals were said to have had a radicalising influence on Abedi but are not thought to have known about his attack plans.

Mr Greaney told the inquiry that ‘the security service’s general assessment on the intelligence picture as it stands is that no one other than Salman Abedi and Hashem Abedi’, his brother serving life in jail for helping building the bomb, ‘were knowingly involved in the attack plot.’

In October 2015, Abedi was thought to have had direct links to a senior ISIS figure in Libya and opened again as a subjects of interest but the case was closed the same day when it was found that the links were through a third person.

In April 2016, January 2017, and April 2017, Abedi was identified as a ‘contact of a contact’ with three individual subjects of interest – the first providing financial support to Syria, the second believed to previously have travel to Syria and the third allegedly facilitating travel to Syria. 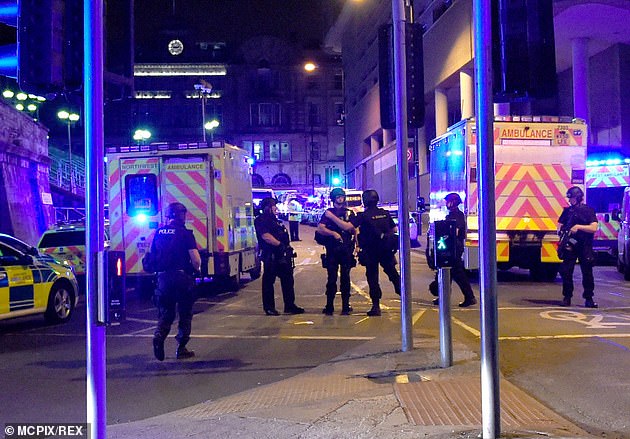 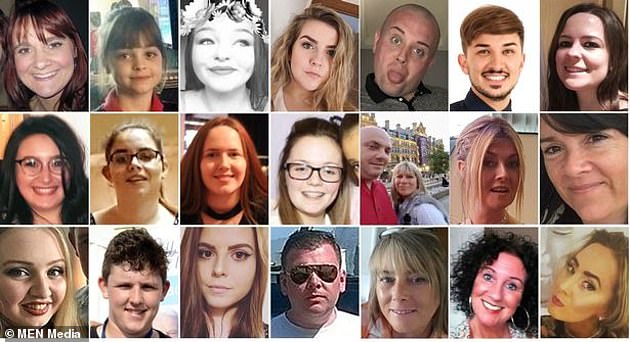 On March 3 2017, Salman Abedi was one of 687 subjects of interest to hit a ‘priority indicator’ for his case to be re-opened as part of Operation Clematis, a result of information received a year earlier.

On May 1, three weeks before the attack, MI5 triaged Abedi’s case and decided it met the criteria to be re-opened, but he was correctly believed to be overseas, probably in Libya.

On May 8, Abedi was one of 26 individuals referred to Operation Daffodil for consideration of further ‘low level’ investigation into whether he had re-engaged with Islamist extremism.

His case was due to be considered by an MI5 team on May 31, nine days after the attack, but the meeting was ‘tragically overtaken by events,’ Mr Greaney told the inquiry.

Witness J said the Clematis process ‘was a relatively new process designed to assess the risk of individuals not being investigated.’

Running the process on closed subjects of interest too frequently would ‘potentially have a had an effect on priority investigations’ he added.

The officer described how a report by the Joint Analysis and Terrorism Centre (JTAC), a part of MI5, in 2010 highlighted the ‘close proximity between violent extremism and criminal gangs in Manchester.

Sir John Saunders, the inquiry chairman has ruled that there is ‘centrally important material’ relevant to the question of whether MI5 could have prevented the attacks that cannot be revealed to the public. 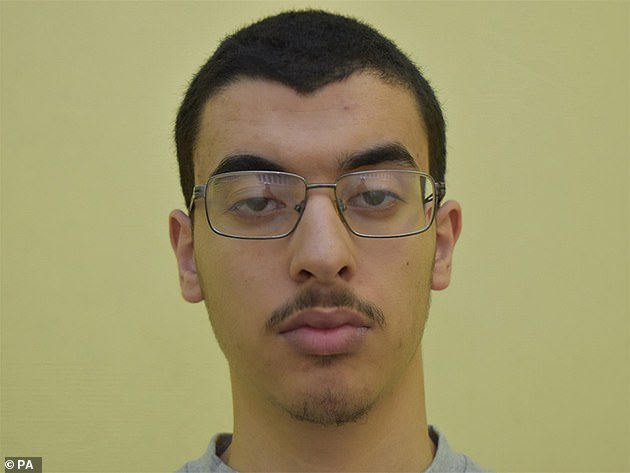 Abedi’s other brother, Hashem Abedi, was previously found guilty of 22 counts of murder relating to the attack

As a result, for the first time in an inquest or inquiry since 9/11, some of the hearings will take place behind closed doors.

The inquiry is examining whether Salman Abedi should have been re-opened as a subject of interest in 2016, in light of what was known by MI5 and police at that time.

A second issue will be whether Abedi should have been re-opened as a subject of interest in the first few months of 2017 in response to information received on two occasions.

The last issue is whether Abedi should have been put on a ‘ports action’ list in 2017 which would have alerted police to his return from Libya, four days before the attack