LIMA (Reuters) – Mexico on Friday called on its peers to refrain from interfering in Venezuela’s internal affairs, declining to back a regional declaration that urged Venezuelan President Nicolas Maduro not to take office on Jan. 10. 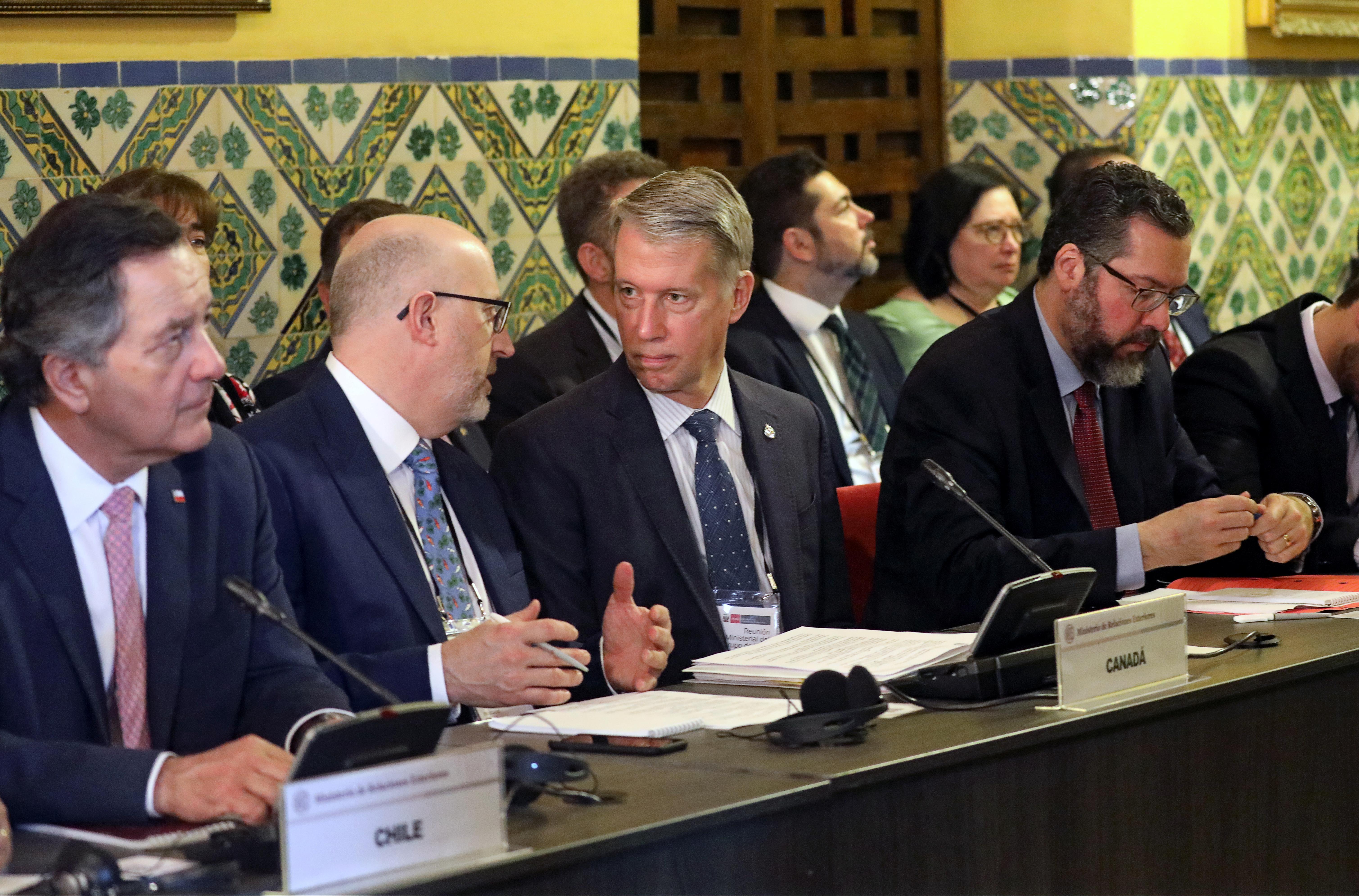 Mexico was the sole country in the 14-member Lima Group that opted not to sign a statement critical of Maduro, the first time Mexico has not supported a declaration by the group since it was created in 2017 to push for democratic reforms in Venezuela.

Mexico was once among the most outspoken critics of Maduro. But ties with Venezuela have warmed under leftist President Andres Manuel Lopez Obrador, who invited Maduro to his inauguration last month.

Maximiliano Reyes, Mexico’s deputy foreign minister responsible for Latin America, said following a Lima Group meeting in Peru that Mexico was concerned about the “situation regarding human rights” in Venezuela but would not comment on the legitimacy of its government.

Instead, he asked the Lima Group to rethink its approach.

“We call for reflection in the Lima Group about the consequences for Venezuelans of measures that seek to interfere in internal affairs,” Reyes said in a statement.

In a Friday evening state television broadcast, Venezuela’s Foreign Minister Jorge Arreaza said Maduro would take office on Jan. 10 in a “legitimate and constitutional” process, which he said “does not require the approval of any foreign government.”

He said Venezuela was “perplexed” by the statement and that it would take reciprocal action for diplomatic steps taken by any other government.

Reyes called for mediation and dialogue from the Lima Group, not isolation.

Mexico’s stance was a blow to regional efforts to ramp up pressure on Maduro ahead of his inauguration, which Venezuela’s opposition hoped would be a watershed moment to highlight how he has undermined democracy and mismanaged the OPEC member’s economy.

But diplomatic measures from neighboring countries remain timid, and Friday’s communique added little to previous statements that urged Maduro to step down but offered few concrete mechanisms to make this happen.

Peru said last month that it would propose ending diplomatic relations with Venezuela to Lima Group members. But no country has yet announced it would sever ties.

The 13 remaining countries in the Lima Group that signed Friday’s statement, which include Canada, Argentina, Brazil, Chile and Colombia, called Maduro’s new term “illegitimate” and urged him to hand power over to the National Assembly until democratic elections can be held.

They also said they would seek to bar high-ranking Venezuelan officials from entering their territory or having access to their financial systems.