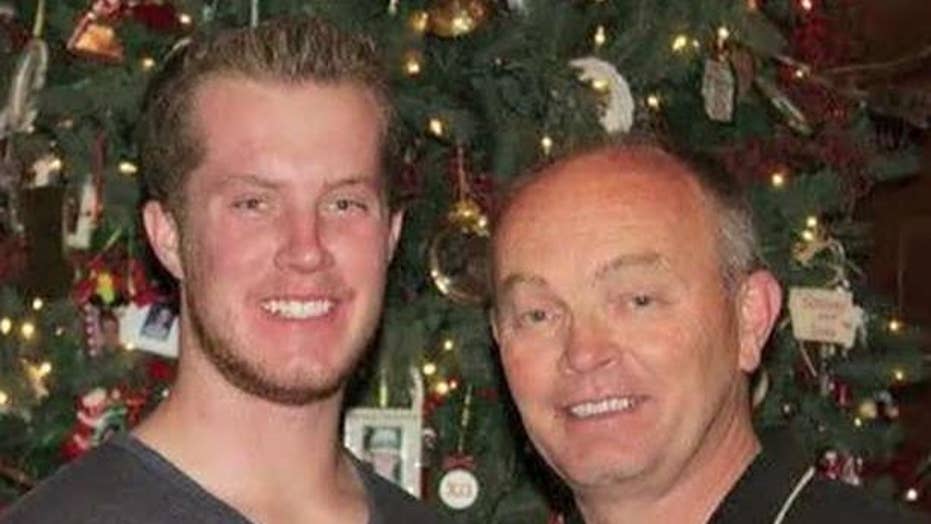 Dad warns parents, tourists who travel to Mexico on the one-year anniversary of his son’s death

Kris Meyer on remembering his son Taylor Meyer who was killed in Mexico.

An American father whose family members were killed in a brutal ambush attack in northern Mexico last week says he's leaving the country because "you don’t get justice too much in Mexico."

David Langford made the comments during an interview with ABC News' "World News Tonight" that aired Sunday. Langford’s 43-year-old wife, Dawna, and two sons, Trevor, 11, and Rogan, 2, were among 9 women and children killed in the Nov. 4 attack.

"My whole life has turned upside down. Not only have I lost a wife and two children, but I'm having to move the rest of my family with really no place to go at this point," Langford said. "I believe in forgiveness, but I also believe in justice and forgiveness doesn't rob justice. You don't get justice too much in Mexico." 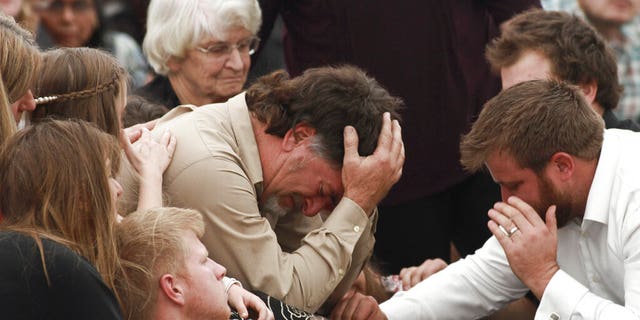 David Langford being consoled during the funeral service for his wife and sons in La Mora, Mexico, on Thursday.
(AP)

Langford’s family were U.S. citizens living in “La Mora,” a community in the Mexican border state of Sonora.

On Nov. 4, around 9:30 a.m., a group of armed man ambushed the family traveling to Galeana – about 100 miles from the Arizona border. The area has been disputed territory among several cartels, investigators said.

The nine victims were members of three dual-citizen families. Investigators said the families’ large SUVs may have been mistaken for those of a rival gang.

Langford’s 13-year-old son, Devin, was unharmed in the ambush. He walked about 14 miles to La Mora to seek help after hiding his injured siblings.

"To be honest with you, my boy’s a hero simply because he gave his life for his brothers and sisters," Langford said. 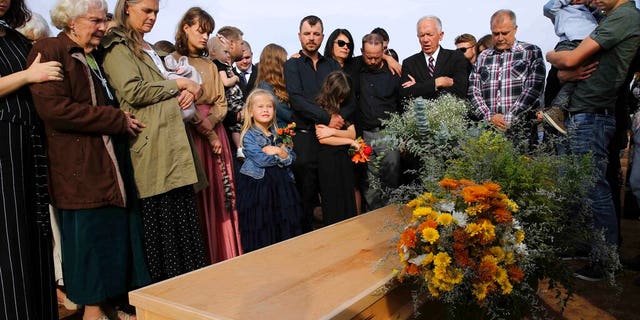 Much of the area has been seen as lawless, with people arranging for their own security since the 2009 killing of an anti-crime activist. Langford said that' why he's decided to leave.

"It's not worth living in fear," he said.

"The toughest part for me was saying goodbye… saying goodbye to two innocent lives that were cut short and a vibrant wife that lived a life to its fullest that had many friends and was loved by all, by everybody."

A caravan of the group, an offshoot of the Church of Jesus Christ of Latter-day Saints, crossed into Arizona this past Saturday. In all, 18 vehicles carrying about 100 people entered the U.S. via the port of entry in Douglas, Ariz., The Arizona Daily Star reported.

May 26, 2020, Comments Off on McMahon says he won’t try to buy back XFL
We and our partners use cookies on this site to improve our service, perform analytics, personalize advertising, measure advertising performance, and remember website preferences.Ok