Met Police officer, 35, is jailed for 10 months for stealing £1,500 from safe at east London police station to pay off credit card debt

A disgraced Metropolitan Police officer who stole £1,500 from a safe at an east London police HQ has been jailed.

Crooked Bradley Francis ‘threw away his career’ when he chose to carry out the crime at Stoke Newington police station in April.

The ‘desperate’ 35-year-old used the £1,500 to pay off credit card debts. But he resigned as a police constable after his actions were uncovered by colleagues.

He gave no reaction as Judge Martin Griffith, sentencing at London’s Southwark Crown Court, today told him no officer should ‘consider themselves above the law’ as he jailed him for 10 months.

Francis had lost his career, marriage and home for a ‘ridiculous’ theft at a time when his family would have stepped in to help him pay a credit card debt.

He was facing a police misconduct hearing before he resigned as a police officer earlier this year.

The judge also told him: ‘The public have to have confidence that the police will apply the law to themselves and not consider themselves above the law.

‘The public should have absolute faith and trust in their police officers and that is quite right, I’m afraid you have let that down.’ 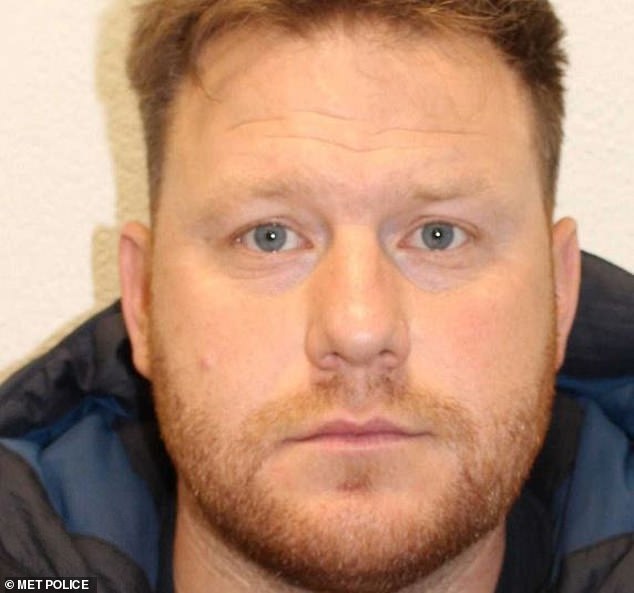 Bradley Francis was a serving police officer with the Met when he stole £1,500 from a safe at Stoke Newington police station in East London 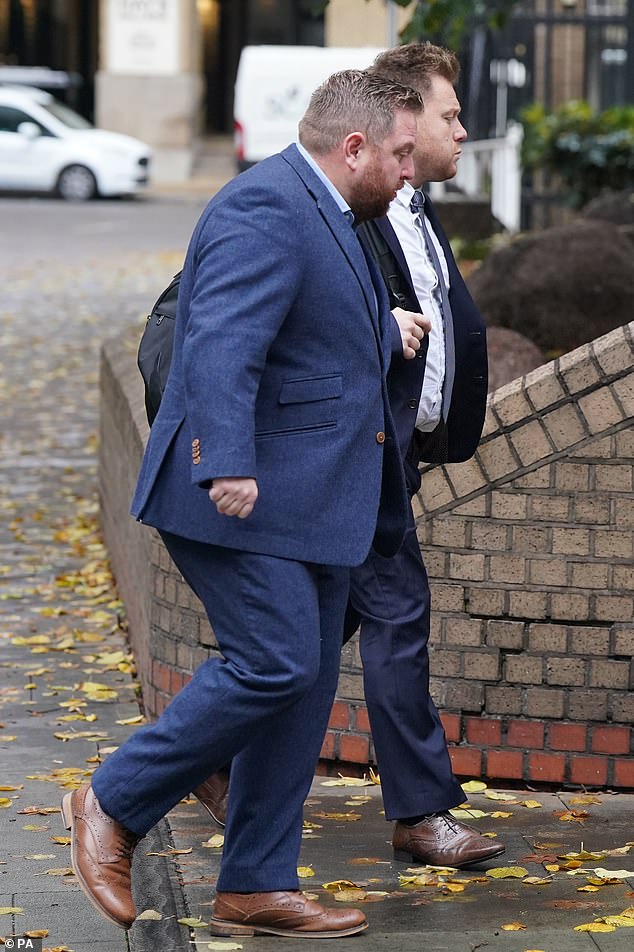 Francis (pictured right) ‘threw away his career’ when he chose to carry out the crime in April, a judge has said. He is pictured arriving at Southwark Crown Court today

Francis stood quietly in the dock as the judge told him: ‘It is a great shame you threw away the career you loved, your good character, your marriage and all that because you chose a ridiculous way out (of) your financial affairs.’

Francis, of Bishop’s Stortford, Hertfordshire, had pleaded guilty to theft by employee after stealing approximately £1,500 from a safe at Stoke Newington police station on April 12 while he was a serving officer.

CCTV footage showed Francis spending a ‘rather long time’ at the safe and covering his actions with a fleece before locking the safe and moving away from it, prosecutor Gregor McKinley said.

The cash was public money which was part of an ongoing intent-to-supply investigation.

He had put £50 in to the safe but that had been just a ‘pretext’ to enable him to get the keys and see what was inside, the prosecution said.

Within 30 minutes of the theft Francis had paid off a £1,500 credit card bill, but by this time he had already breached a high degree of trust and responsibility via his crime, which took ‘some degree of planning’, Mr McKinley said.

The only person who had access to that safe at that time was Francis.

The judge told Francis that his ‘pride’ had stopped him from asking for help from his father, who was willing to find him work at the family firm when he gets out of jail, which could have helped him to avoid prison.

John Greany, defending, said: ‘Ultimately this was a stupid and desperate act by an officer who until then was a very good one.

‘He has been commended, and a number of colleagues have written about his positive good character and the contribution he has made to the wider society before this stupid act.

‘You would also have gathered from the pre-sentence report that it wasn’t an offending motivated by greed, it was not a case where this man was trying to live the high life, he was behind on credit card payments and what he did immediately was to settle his credit card debt.

‘I don’t want to go through great detail the character reports, but the headlines from our perspective are he was a well-regarded officer beforehand, that he has lost his police career his previous good character, his marriage, and his good name.

‘He has shown a degree of insight and remorse that will allow your honour in light of his plea and other mitigations a suspended sentence, there are very good ways of rehabilitation and employment in his family business.

‘I think one of the tragedies is he could have gone to his family, and they would’ve been receptive, if he had only cried for help, but his pride got in the way, and he felt he had no option.

‘It’s a life that has been effectively turned upside down already, but he could go on to work and compensate this and make something of his life.’

Judge Martin Griffith told the shamed officer: ‘I’m afraid immediate punishment can only be done by custodial sentence, anyone who reads this would think oh well he’s been let off because he is a policeman.

‘You made up a story about a £50 note which would give you access to the safe, you had no idea what would be in there, but it was a chance you found the £1,500.

‘It is doubly sad that from what I’ve read about you, your father your bother and other extended members of the family would have helped you.

‘Your father’s going to give you a job when I’m finished with you and so if only you hadn’t had a matter of pride that you were going to ask them and instead of which you were going to steal from a police safe where you found £1,500, you wouldn’t be standing here today a simple as that.’