A new Beast from the East could be on the way: Met Office warns of snow and an icy blast in January thanks to a ‘Sudden Stratospheric Warming’

Britain could face another Beast from the East early next year amid fears of heavy snow in the next few weeks.

Met Office forecasters have warned of an increasing chance that temperatures will turn colder than average as the UK moves into the New Year thanks to an atmospheric event known as Sudden Stratospheric Warming.

This is where the temperature suddenly rises high up in the stratosphere, between six and 30 miles above the North Pole, and it can result in a chain reaction that leads to very cold conditions from eastern Europe and Russia. 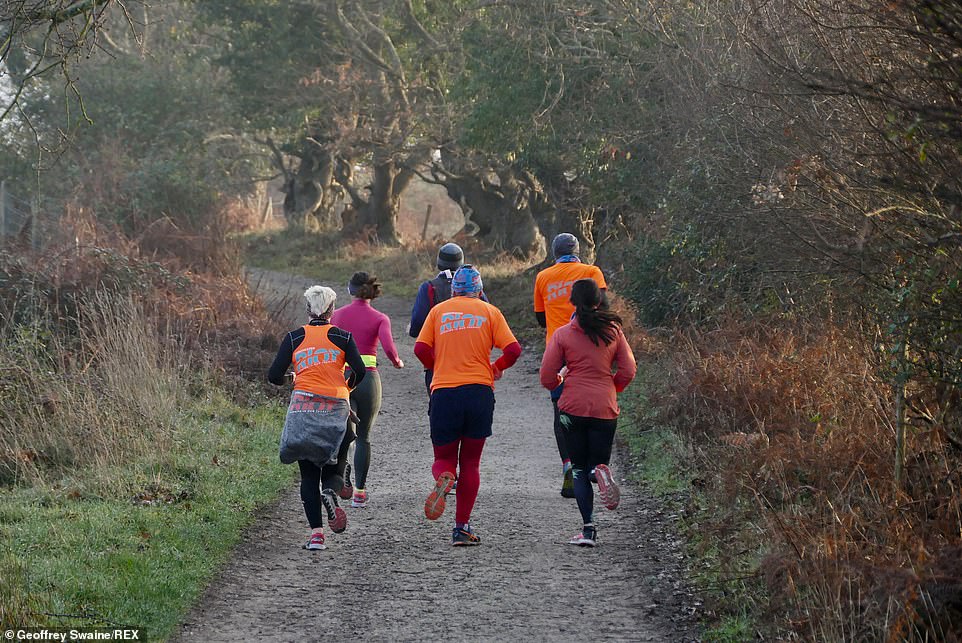 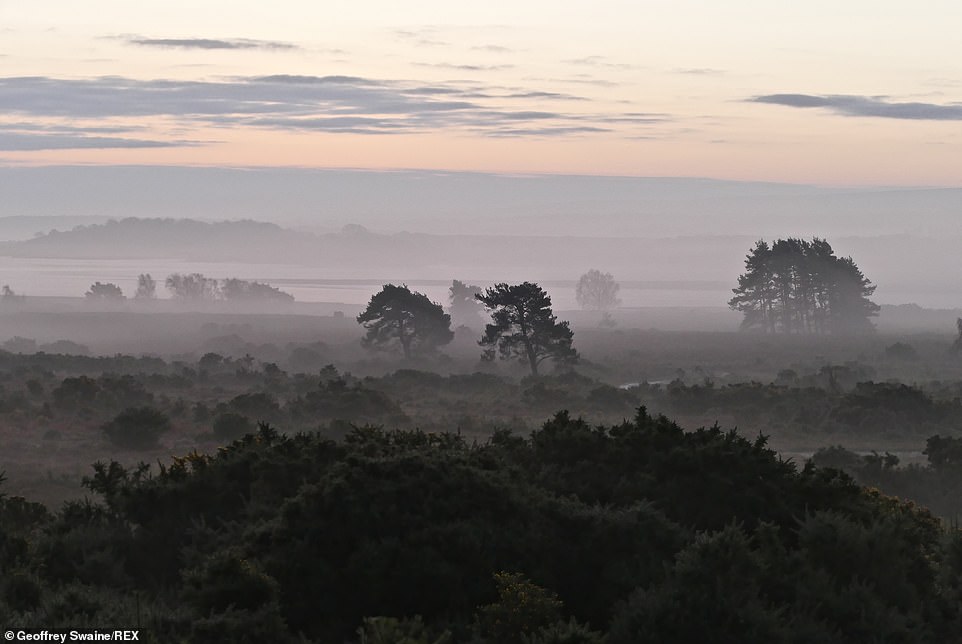 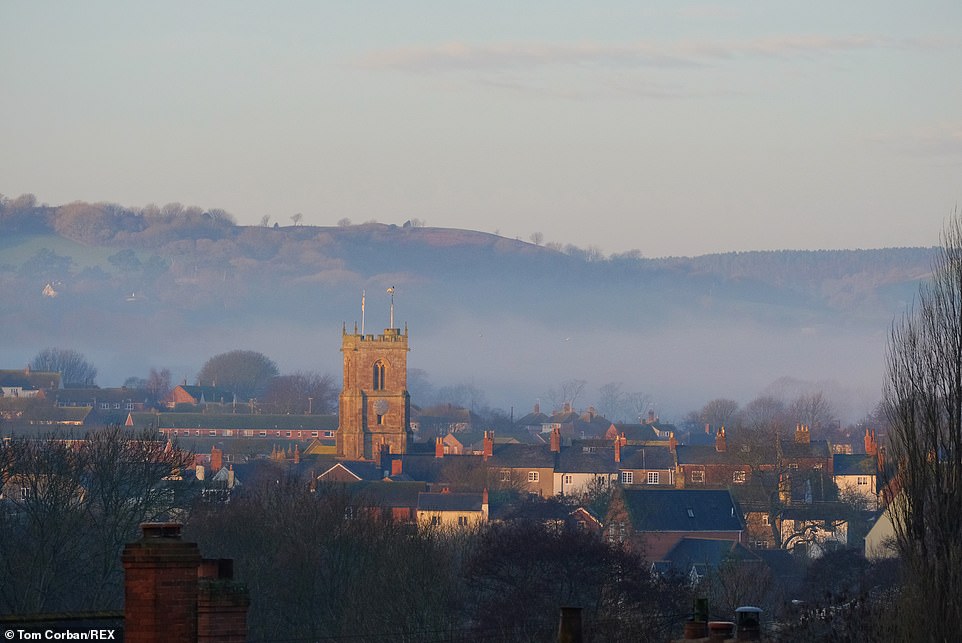 Early morning mist in the Dorset town of Bridport today, on a morning after fog were issued in the South West of England 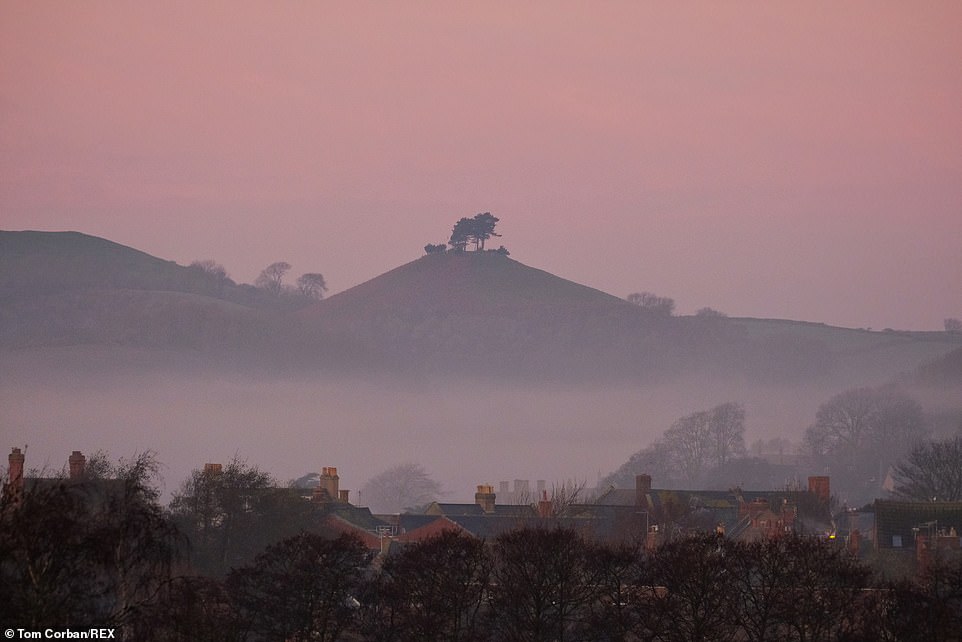 The same thing happened early this year which led to the UK’s coldest spell of weather since 2013 when the Beast from the East forced hundreds of schools to close, disruption transport services and left motorists stranded.

Met Office forecaster Nicky Maxey told MailOnline today: ‘At the moment there is a Sudden Stratospheric Warming taking place. The effects of that are felt some time after because it’s happening high in the atmosphere.

‘So it takes at least two weeks for that to be felt at ground level, but at the moment it’s far too early to say what the effects might be. In the past they have been responsible for the ‘Beast from the East’ and the cold and the snow.

‘But that doesn’t necessarily mean that’s what will happen. We may have many few effects or we may see something more dramatic – we may have cold weather with no snow – it’s just a little bit too early to say.’

Last week, Met Office modelling climate variability manager Jeff Knight had warned of ‘a very high likelihood of an SSW happening’, adding that it would increase the chances of colder-than-average weather in January. 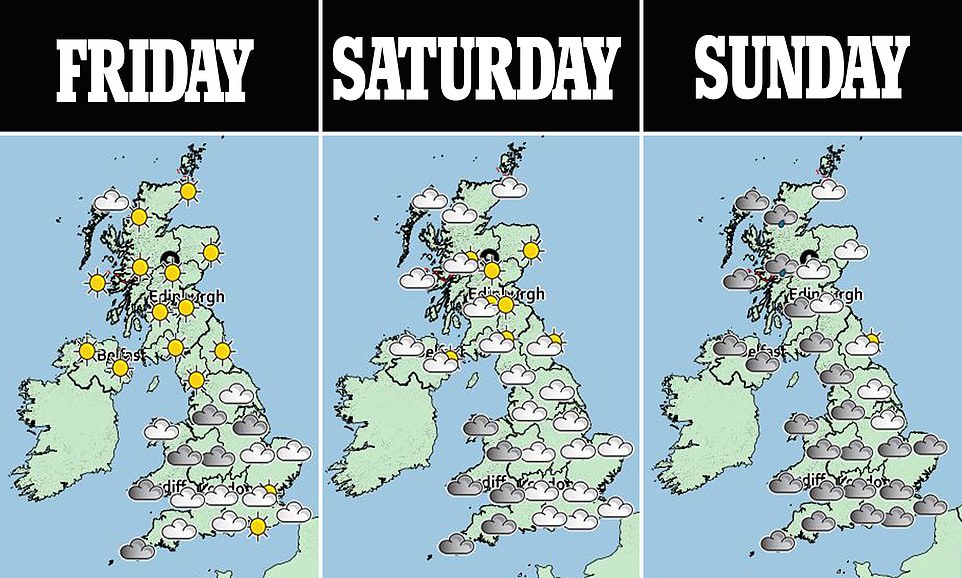 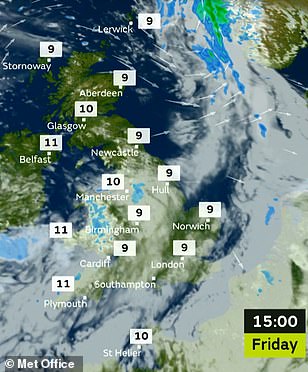 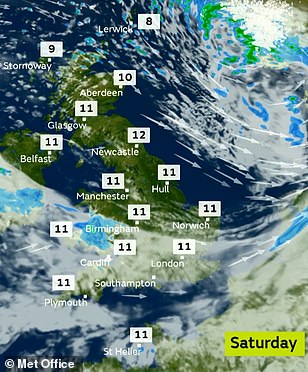 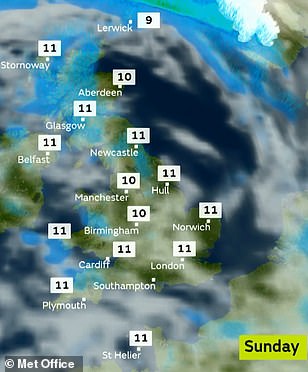 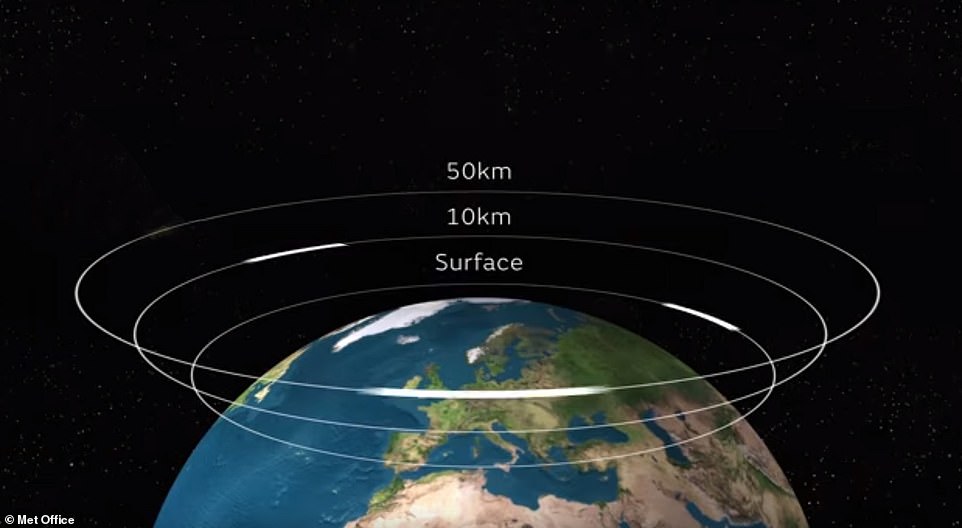 Sudden Stratospheric Warming sees the temperature suddenly rise in the stratosphere, six to 30 miles above the North Pole

In terms of snowy conditions next few weeks, the Met Office only expects some hill snow in northern areas next week, before snow to lower levels is also possible throughout the rest of January.

Before then, Britain continues to experience above average temperatures. The conditions are being caused by an area of high pressure over France, bringing mild but cloudy weather northwards to Britain.

The mercury in central and southern England is set to reach a maximum of 12C (54F) in southern areas today and tomorrow, and 13C (55F) on Sunday, before falling back to 10C (50F) on New Year’s Eve.

Further north, between 10C and 12C (50-54F) is expected. The normal average daily maximum temperature for the end of December is just 6C (43F).

What was the Beast from the East… and how did Sudden Stratospheric Warming help to bring severe conditions? 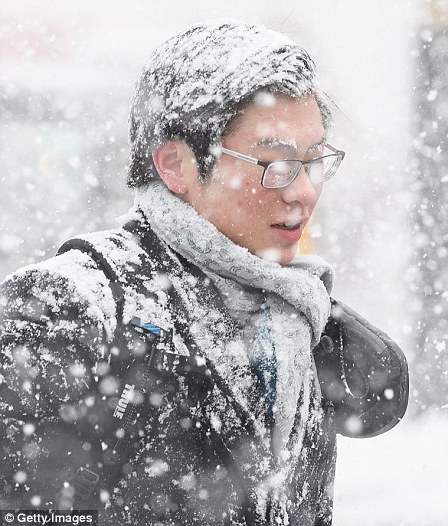 A snow-covered man walks through Westminster in February 2018

Severe conditions that hit Britain early this year were described by the Met Office as a ‘cocktail of weather events’.

The cold spell dubbed the ‘the Beast from the East’ – which also coincided with the arrival of Storm Emma – was caused by a jump in temperatures high over the Arctic, known by meteorologists as ‘sudden stratospheric warming’.

The increase in temperatures high up in the stratosphere, between six and 30 miles above the North Pole, also coincided with a ‘blocking pattern’ over Britain.

This stopped stormy weather coming from the west – and allowed in very cold conditions from the east, which also had moisture in the air and therefore brought snow.

Wind chill saw parts of the UK feel as cold as -15C (5F), rivalling temperatures that hit parts of northern Norway and Iceland. The cold weather was so severe in the Brecon Beacons that an entire waterfall froze solid.

The wintry blast of freezing temperatures, which also hit France, Italy, Spain and Croatia, claimed a number of lives across Europe and put the homeless at particular risk. 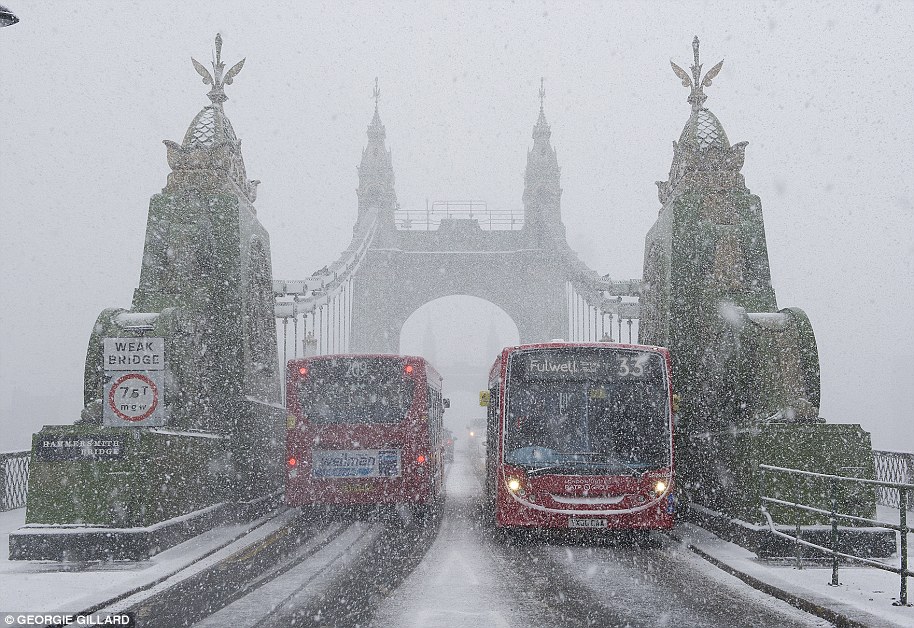