London: The UK government has suffered an almost unprecedented shock loss in Parliament, being held in contempt for refusing to provide the full legal advice it received on the Brexit deal it negotiated with the European Union.

“Parliament is now fighting back,” said Labour’s shadow attorney-general Sir Kier Starmer after the result was greeted with a delighted roar by the opposition in the House of Commons. 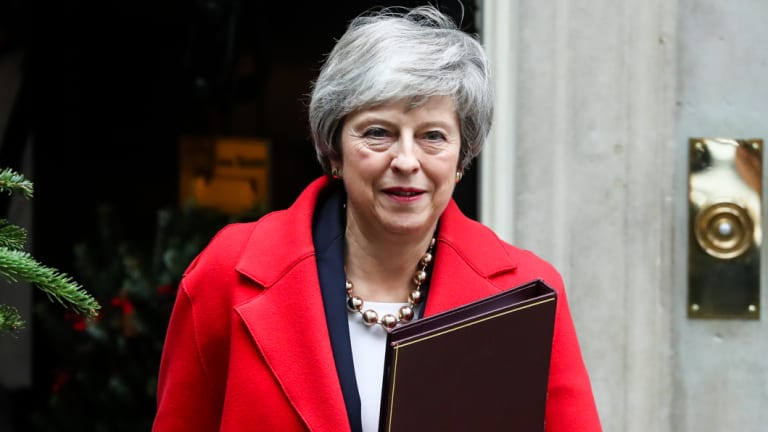 On the eve of a key Brexit vote, Theresa May’s government was sensationally found to be in contempt of Parliament for refusing to publish legal advice.Credit:Bloomberg

They put forward a motion, which was backed by 311-293 in a vote on Tuesday, that found ministers in contempt of Parliament and ordered the immediate publication of the advice.

In the wake of the vote, Leader of the House of Commons, Andrea Leadsom, said the government would provide the full advice to the Parliament on Wednesday, despite earlier arguing it would imperil its negotiating position in Brussels in future discussions on the post-Brexit relationship and trade deal.

The government in fact lost three votes, each by narrow but significant margins, demonstrating the huge difficulties it will face in the coming week in a debate and subsequent vote on that deal, which must pass if Brexit is to go ahead as the government plans.

It had tried to head off the contempt vote with an amendment that would have sent the issue off to consideration by a parliamentary committee.

Leadsom then introduced a bill on the Brexit deal, which was immediately challenged with an amendment that would make the Parliament supreme in deciding the next move if the deal is voted down next week – as many anticipate it will be.

That would set up a potential constitutional showdown as Parliament and the government wrestle for control of Brexit’s ‘Plan B’.

The amendment was approved by a large margin: 321 to 299, suggesting a big revolt against the government by conservative MPs.

May then took to her feet to try to argue for her deal's merits.