LONDON (Reuters) – Prime Minister Theresa May’s Brexit deal came under fire from allies and opponents alike on Wednesday after the government was forced to publish legal advice showing the United Kingdom could be locked indefinitely in the European Union’s orbit.

After a string of humiliating parliamentary defeats for May the day before cast new doubt over her ability to get a deal approved, U.S. investment bank J.P. Morgan said the chances of Britain calling off Brexit altogether had increased.

As investors and allies tried to work out the ultimate destination for the world’s fifth largest economy, the Northern Irish party which props up May’s government said legal advice about the deal was “devastating”.

May was forced by parliament to publish advice from the government’s top lawyer about the fallback mechanism, or backstop, to prevent the return of border controls between British-ruled Northern Ireland and the EU-member Irish Republic.

“Despite statements in the Protocol that it is not intended to be permanent and the clear intention of the parties that it should be replaced by alternative, permanent arrangements, in international law the Protocol would endure indefinitely until a superseding agreement took its place,” the advice said.

“In the absence of a right of termination, there is a legal risk that the United Kingdom might become subject to protracted and repeating rounds of negotiations.”

Brexit, the United Kingdom’s biggest economic and political shift since World War Two, has repeatedly plunged British politics into crisis since the shock 2016 vote to leave the EU.

Now May is trying to get her deal approved by a parliament which shows every sign of striking it down in a vote on Dec. 11. It is unclear what happens if the deal is rejected as Britain is due to leave on March 29.

Nigel Dodds, the deputy leader of the Northern Irish Democratic Unionist Party, said the legal advice proved that Northern Ireland would be treated differently to the rest of the United Kingdom.

On Tuesday, just hours before the start of a five-day debate in the British parliament on May’s Brexit deal, a top law official at the European Court of Justice (ECJ) said Britain could pull back its formal divorce notice.

“The UK now appears to have the option of revoking unilaterally and taking a period of time of its own choosing to decide what happens next,” J.P. Morgan economist Malcolm Barr wrote in a note to clients.

Britain’s pro-Brexit trade minister Liam Fox said it was now possible that Brexit would not happen. There was a real danger that parliament would try to “steal” Brexit from the British people, Fox told a parliamentary committee on Wednesday.

Sterling GBP=D3, which has see-sawed on Brexit news since the referendum, traded well off the 17-month lows it hit on Tuesday, lifted by suggestions that Britain may opt not to leave the European Union after all.

If parliament rejects her deal, May has warned Britain could leave without a deal or that there could be no Brexit at all.

Supporters of Brexit have said that if Brexit is reversed, the United Kingdom will be thrust into a constitutional crisis as what they say the financial and political elite will have thwarted the democratic will of the people. 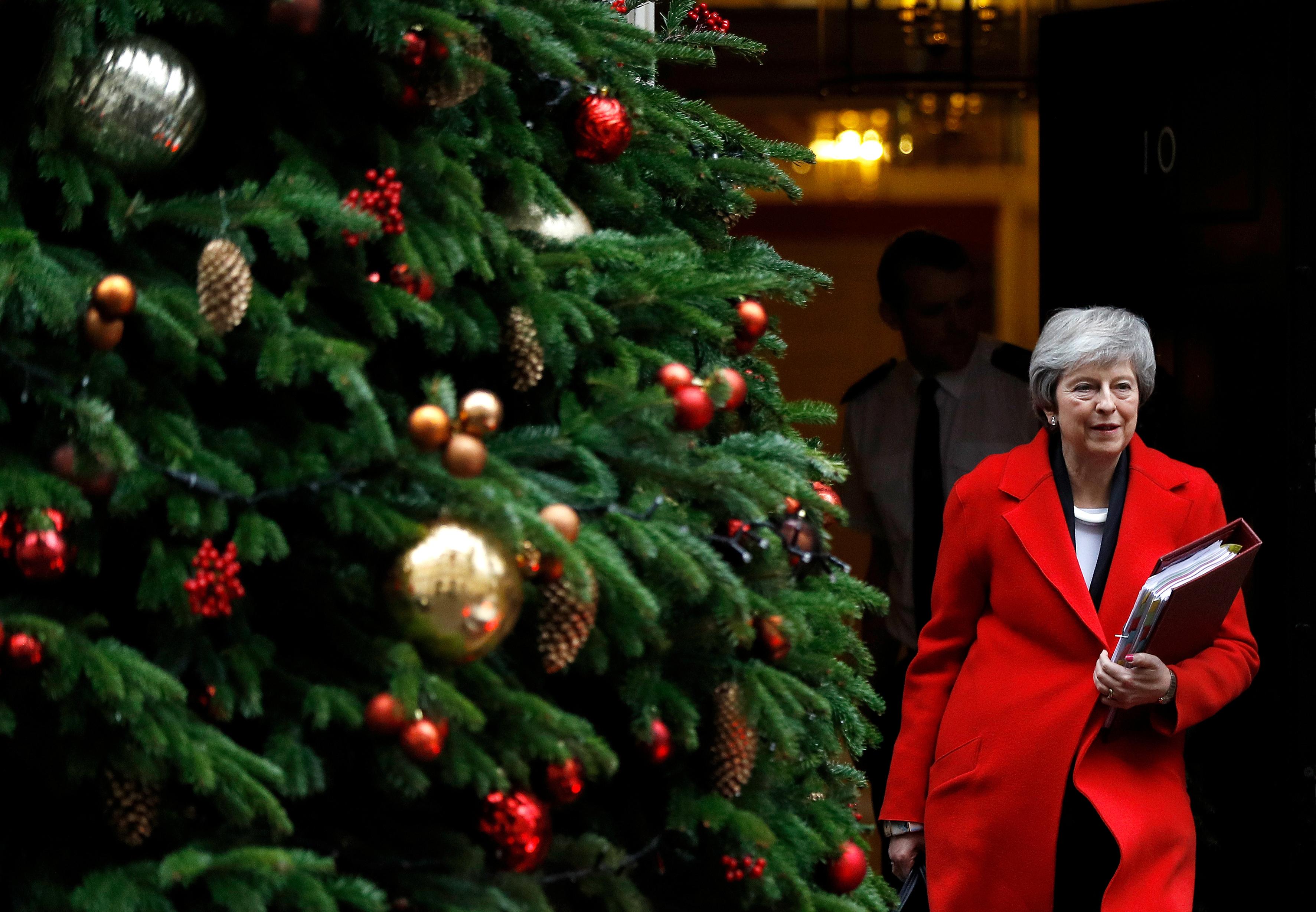 While May’s Conservatives and the main opposition Labour Party both say they respect the 2016 vote to leave, a growing number of backbench lawmakers say the only solution may be a new referendum giving voters an option to stay in the EU.

If the deal is voted down, some members of parliament from both main parties have said they would act to stop a Brexit with no agreement, which business chiefs and investors fear would weaken the West, spook financial markets and block trade.