MATT Hancock choked back tears tonight as he revealed his step grandfather died from Covid.

In highly emotional scenes in Parliament, the Health Secretary said his own family has been hit by the tragedy of the pandemic. 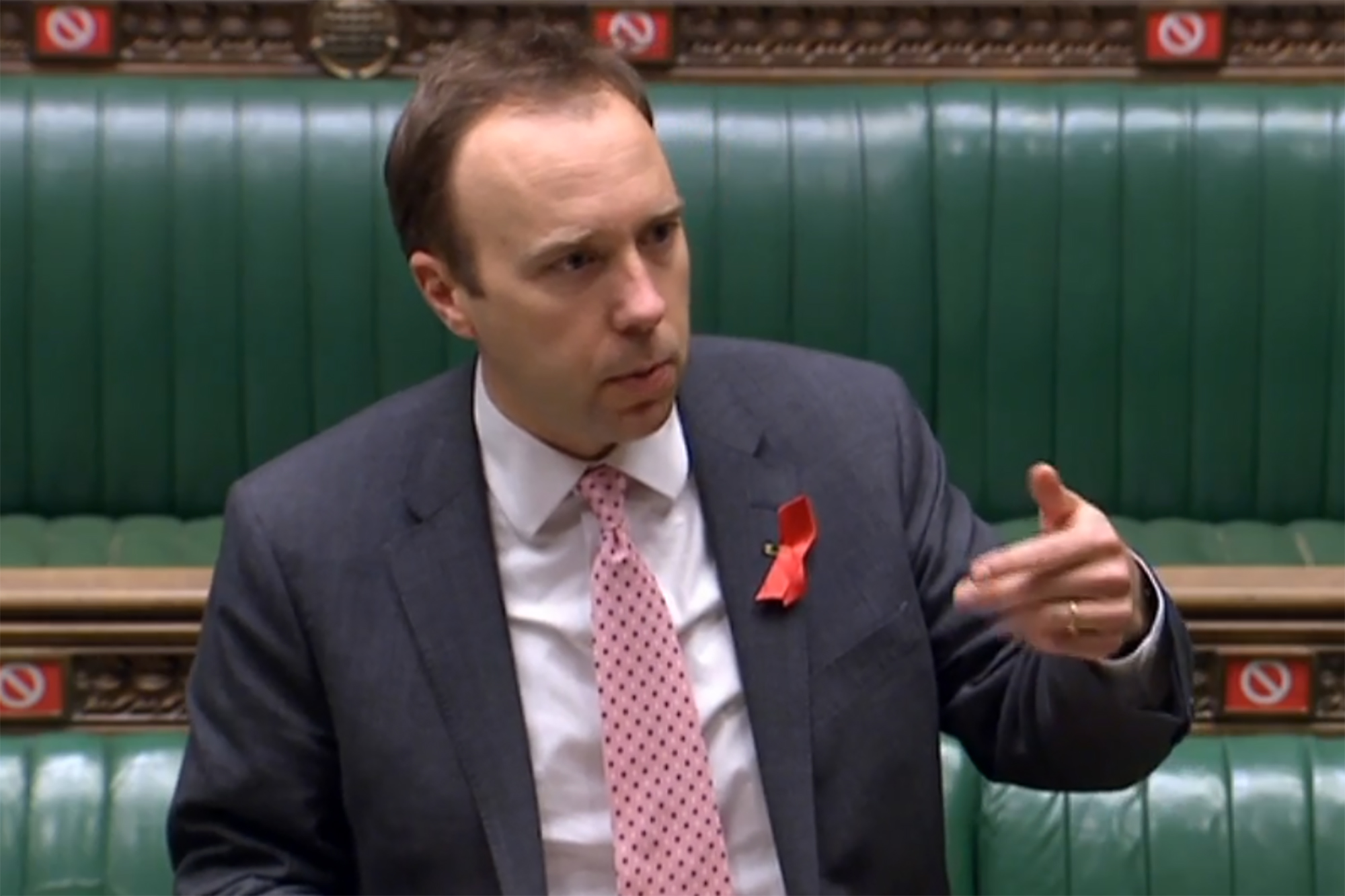 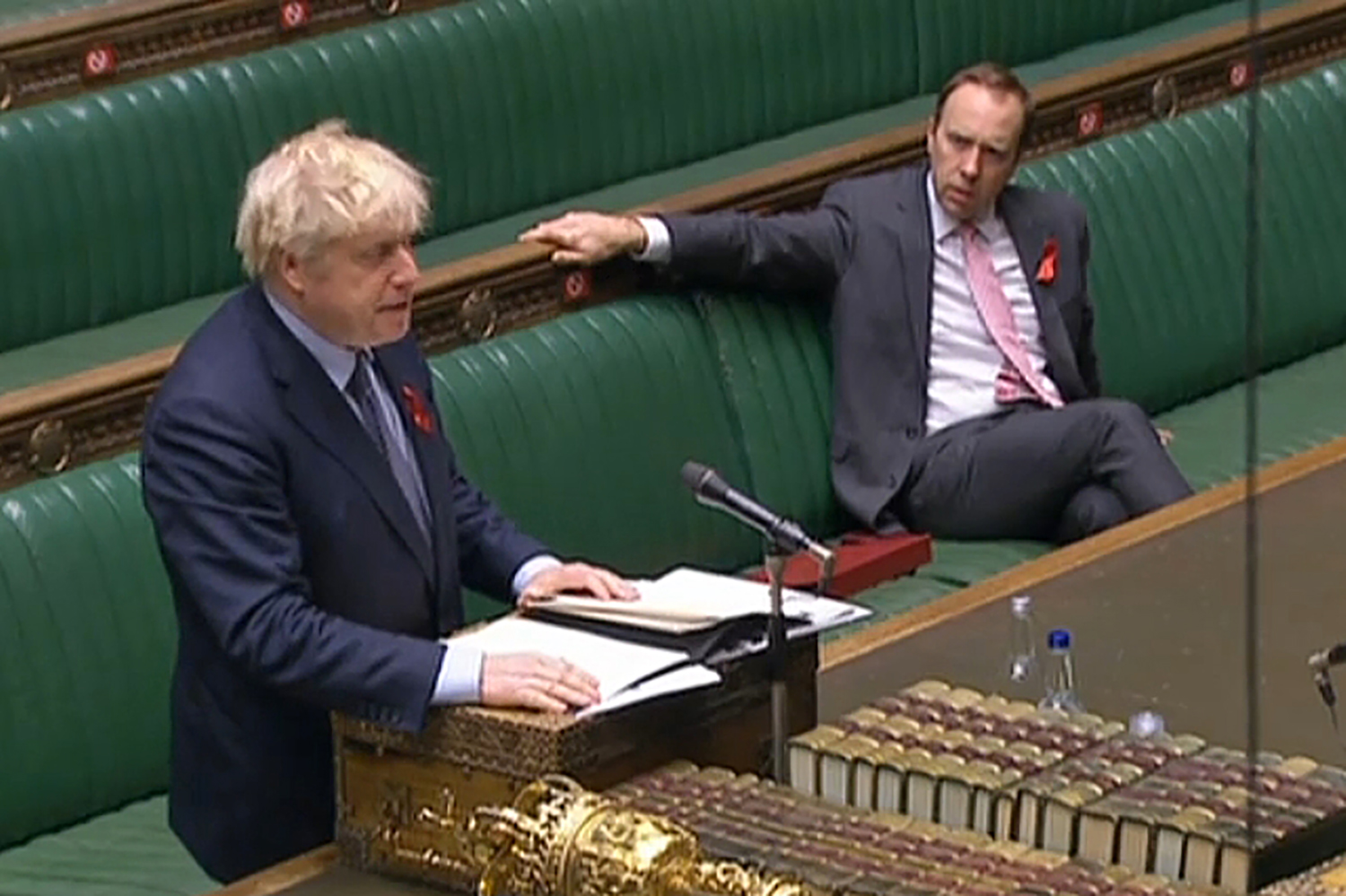 He paid tribute to his step grandfather Derek, describing him as a "loving husband, father and grandfather".

Becoming tearful as he closed the Covid debate in the House of Commons, Mr Hancock thanked Brits for knuckling down to defeat the virus.

The 42 year-old said:  “We talk a lot of the outbreak in Liverpool, and how that great city has had a terrible outbreak and got it under control.

“This means more to me than I can say, because last month my step grandfather Derek caught Covid there and on 18 November he died.

“In my family, as in so many others, we’ve lost a loving husband, a father, a grandfather to this awful disease.

“So from the bottom of my heart I want to say thank you to everyone in Liverpool for getting this awful virus under control.

“It’s down by four-fifths in Liverpool, that’s what we can do if we work together in a spirit of common humanity.

Mr Hancock was wrapping up a highly-charged parliamentary debate on the new Covid lockdown Tiers.

The government managed to get the hugely controversial legislation passed by MPs.

But Boris Johnson was hit by the biggest rebellion of his premiership so far.

Toughened up restrictions will come in across the whole of England tomorrow after the nationwide lockdown is lifted.

Earlier, Mr Johnson urged people to get Covid tests before visiting elderly family at Christmas, to reduce the risk of giving them the virus. 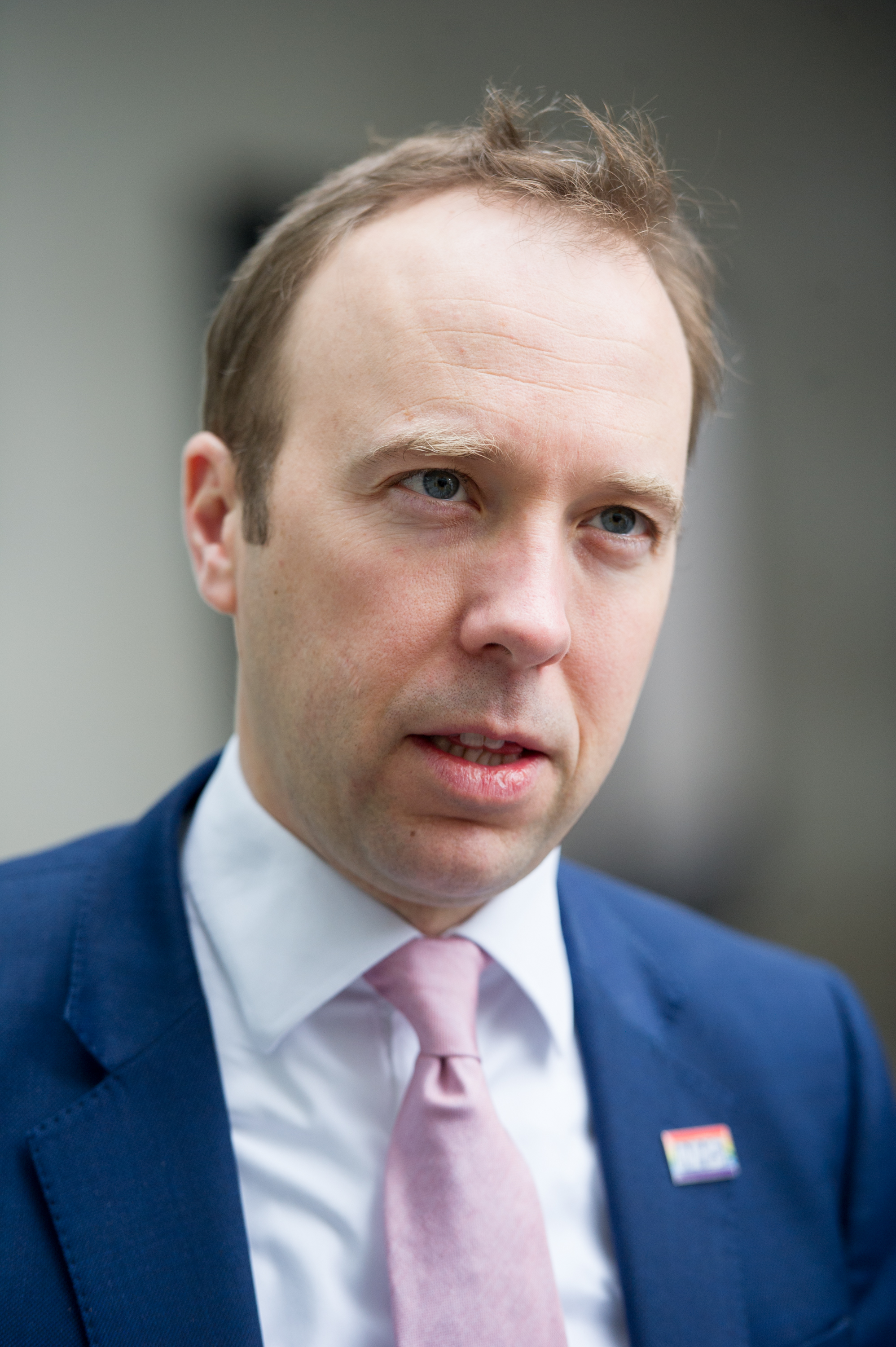 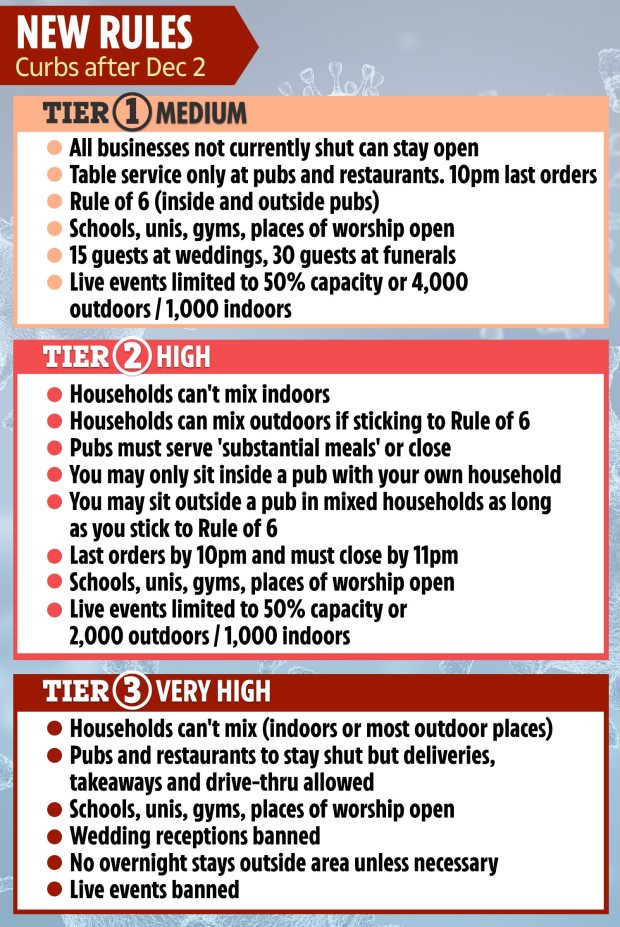 It came as it was confirmed that people in care homes will finally be able to be reunited with their families with visits starting tomorrow.

But community testing is not yet up and running – with no dates about when it will.

He told Lib Dem Sir Ed Davey that testing centres would be open for people to get a quick result test.

Boris said: "In general, the testing system is available, at the moment, for people who have symptoms.

"But I would urge people who are worried that they may need to be in the company of those who are elderly or vulnerable to seek to get a rapid turnaround test."

Rapid result tests are only available for people without symptoms in Liverpool, and a handful of other areas and industries.

His comments came after the head of the mass testing programme warned it will take until "January and beyond" until everywhere in Tier 3 has mass testing.

Meanwhile, the Department for Health said that from tomorrow they would start rolling out over a million tests, and visits can resume.

Two visitors per week will be allowed two visits per week as part of the plans.

But they will still need to cover up with the right PPE – including masks – when they come in – and should reduce contact with their loved ones where they can.