Facebook CEO Mark Zuckerberg has spoke out in a wide-ranging interview, saying that he hopes his social media platform does not destroy society as we know it.

Asked in an interview with Axios published on Wednesday whether Facebook is accelerating social destruction, Zuckerberg replied: ‘I have a little more confidence in democracy than that. And I hope my confidence isn’t misplaced.’

Zuckerberg also said it is ‘just wrong’ to consider Facebook a right-wing echo chamber, despite conservative content frequently topping the site’s lists of most popular content.

He said that despite high ‘engagement’ with partisan content, it does not represent the majority of what people see and read on the platform. 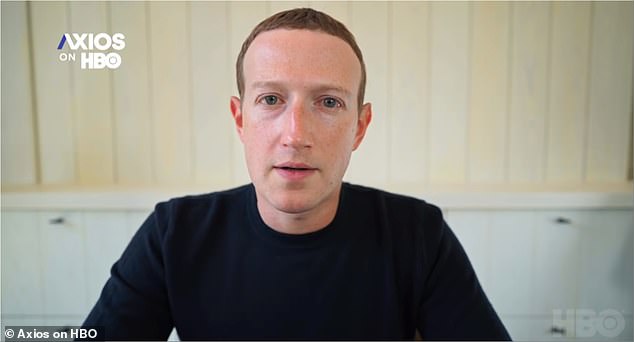 Facebook CEO Mark Zuckerberg has spoke out in a wide-ranging interview, saying that he hopes his social media platform does not destroy society as we know it

‘It’s true that partisan content often has kind of a higher percent of people … engaging with it, commenting on it, liking it,’ Zuckerberg told the outlet.

‘But I think it’s important to differentiate that from, broadly, what people are seeing and reading and learning about on our service.’

Zuckerberg said it was inaccurate that Facebook’s algorithm ‘is just trying to find things that are going to kind of enrage people somehow.’

‘That’s not actually how our systems work,’ he said.

While Facebook has faced backlash for allowing ‘hateful’ content, Zuckerberg said that it was often difficult to know where to draw the line.

‘If you look in the country right now … a lot of people … are very exercised and I think, frankly, for a lot of good reasons. And we have real issues,’ he said, according to Axios. 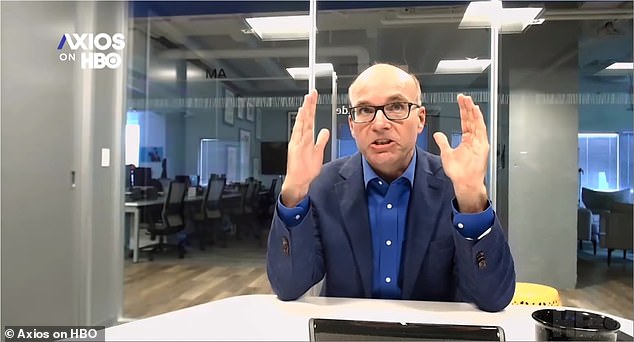 ‘I think sometimes there is a fine line between an important level of high energy around an important issue and something that can kind of tilt over into causing harm.’

Although Facebook has been swift to take down content that it deems misinformation about COVID-19, Zuckerberg revealed that he was more hesitant regarding content criticizing vaccines from the ‘anti-vaxxer’ movement.

‘If someone is pointing out a case where a vaccine caused harm or that they’re worried about it — you know, that’s a difficult thing to say from my perspective that you shouldn’t be allowed to express at all,’ he said.

Facebook said last week that it would ban all new political advertising starting the week before the presidential election in November.

In addition, Zuckerberg said the company would ‘very aggressively take down any threats against those people who are going to be involved in doing the counting and making sure that the election goes the way it’s supposed to.’

He said those kinds of threats ‘would obviously undermine the legitimacy of the election.’