Britain’s WORST drivers revealed: Town where two in five motorists have points on licence and city where one reckless motorist has staggering 54 – so how bad is YOUR area?

This interactive map reveals Britain’s best and worst drivers, showing the areas where people have the most and fewest points on their licence.

Data from the DVLA reveals drivers from Blaby in Leicestershire as the worst offenders, with some 39 per cent of motorists penalised with points on their driving licence.

At the other end of the scale Ashfield, Nottinghamshire, is recorded as the home of the country’s safest road users, with a statistical 0.0 per cent of drivers being punished with points.

The map, created by Esri UK, shows the figures in England, Scotland and Wales, with darker red areas showing local authorities with higher rates of offending on the roads.

You can also enter your local authority at the top right of the map to find statistics for your area.

Behind Blaby, Britain’s worst motorists were found in Barrow-in Furness, Cumbria, where almost one in five (18.9 per cent) of people have points on their licence.

Drivers in Babergh in Suffolk (where 10.0 per cent had points on their licence), South Oxfordshire (8.2 per cent) and Christchurch in Dorset (7.9 per cent), completed the top five.

Blaby collects another unwanted record with the most residents who have 12 points on their licence, at 199 people, followed by Liverpool (99) and Bradford (95).

Wolverhampton tops another list with the record number of penalties for one reckless driver, who has amassed an astonishing 54 points.

Other serial offenders were found in South Tyneside, where one driver had 48 points; Thurrock in Essex, where the record was 43; and the city of Leicester, with 40.

Most of the safest areas were in urban parts of England including London, reflecting the generally slower pace of traffic in built-up areas.

Birmingham was the second-best with 0.6 per cent of drivers punished with points, followed by Lincoln and the City of London (both 1.2 per cent) and Basildon in Essex (1.3 per cent). 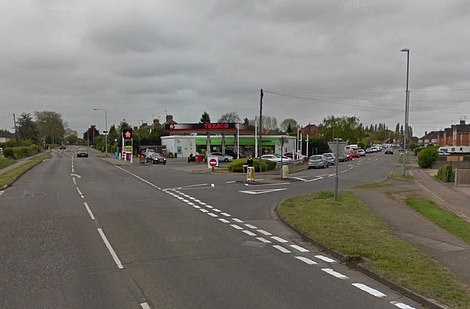 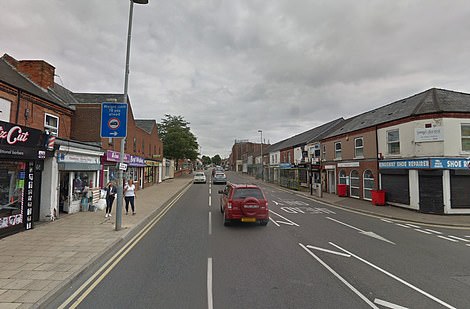 Data from the DVLA reveals drivers from Blaby in Leicestershire (left) as the worst offenders, with some 39 per cent of motorists penalised with points, while Ashfield in Nottinghamshire (right) is at the other end of the scale

Places where the most people have points…

…and the places with the fewest

7. Blackburn with Darwen, Lancashire – 1.5 per cent