New cellphone video has revealed the moment a man lit up the rocket that struck and killed a mother-of-two at a southern Brazilian beach on New Year’s.

Elisângela Tinem, 38, died after the stray explosive hit her in the chest in Praia Grande, São Paulo.

The horrifying clip shows the individual standing behind the explosive that was set over the sand and running away from it as it sparkled for about 20 seconds.

Instead of shooting straight up towards the sky, the rocket deviated and shot straight across where Tinem and her family members were standing watching a firework display that celebrated the arrival of the new year. 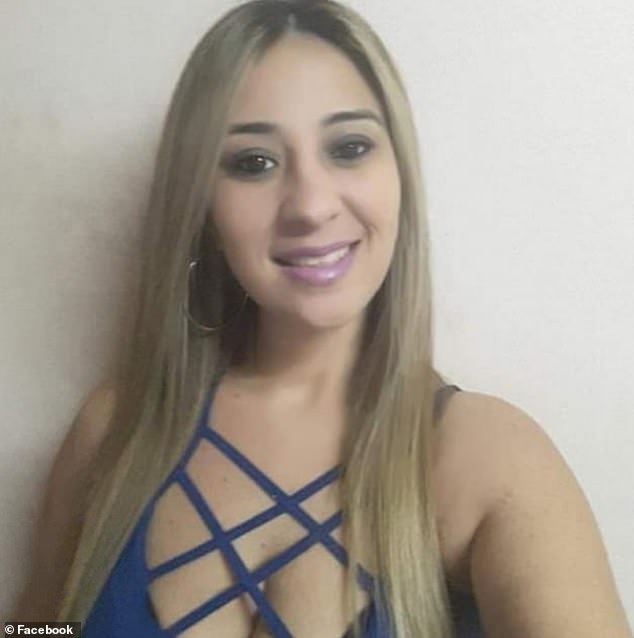 Elisângela Tinem was with her family watching a firework display to bring in the new year in São Paulo, Brazil, when she was struck and killed by a stray rocket

The firework exploded upon hitting Tinem as her two sons watched in horror.

Tinem’s cousin, Alexander Gonçalves, 41, tried to remove the explosive off her chest, but was burned while doing so.

Gonçalves told Brazilian news outlet G1 that the family was at a home they had rented out for the week but opted to go to the beach to celebrate New Year’s Eve by watching the fireworks show that the city had organized.

They sought out a spot on the sand for a good view of the display but kept their distance because some revelers were setting off fireworks on the sand.

Gonçalves was recording the firework display with Tinem’s cellphone when he noticed that she got struck by the rocket after it went off course.

‘I saw her turn around, but I kept looking straight ahead. That’s when I heard her screaming,’ he said. ‘At that moment I looked at her and saw the artifact trapped. I ran towards her, about two steps, to try to hit the rocket to get it out.’ 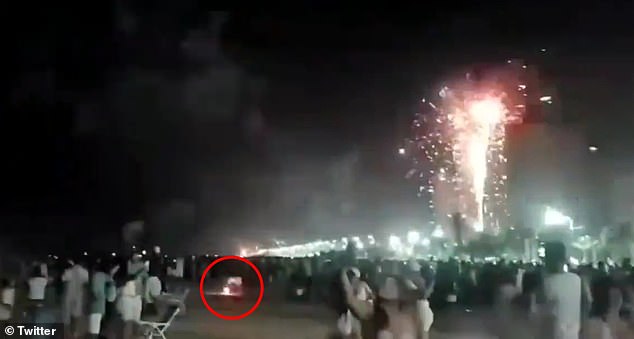 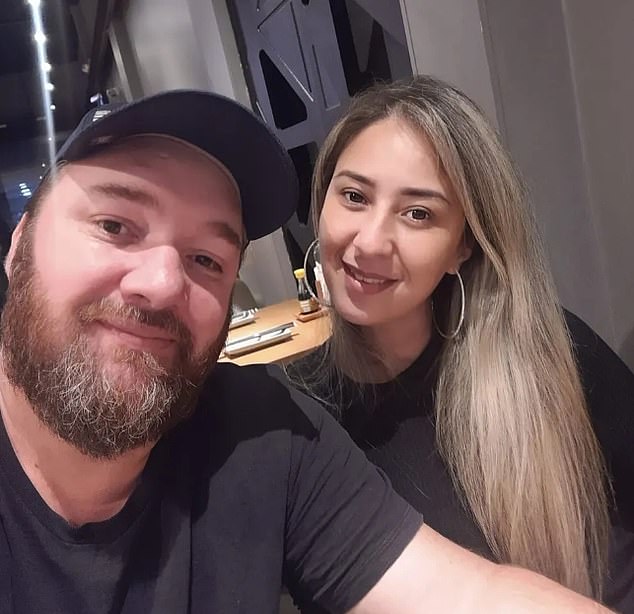 Alexander Gonçalves (left) tried to save the life of his cousin, Elisângela Tinem (right), after she got struck by a firework in the chest at a beach in São Paulo, Brazil, on Sunday 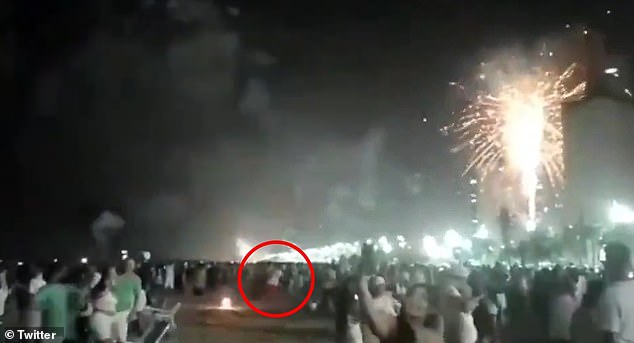 Gonçalves and some family members stumbled backwards after the rocket exploded over Tinem’s body.

‘I was stunned for a few seconds. When I came to my senses, I looked for her, looked to the side and she was lying down,’ he said.

The Praia Grande police identified the incident as a homicide and culpable bodily injury.

Police chief Alex Mendonça told Metropoles newspaper that investigators were able to get an image of the suspect’s face and are working on identifying him.

Authorities are also trying to find out who sold the firework, since its sale is prohibited in the city.