New charges against fugitive financier are in addition to eight counts of money laundering already filed in August. 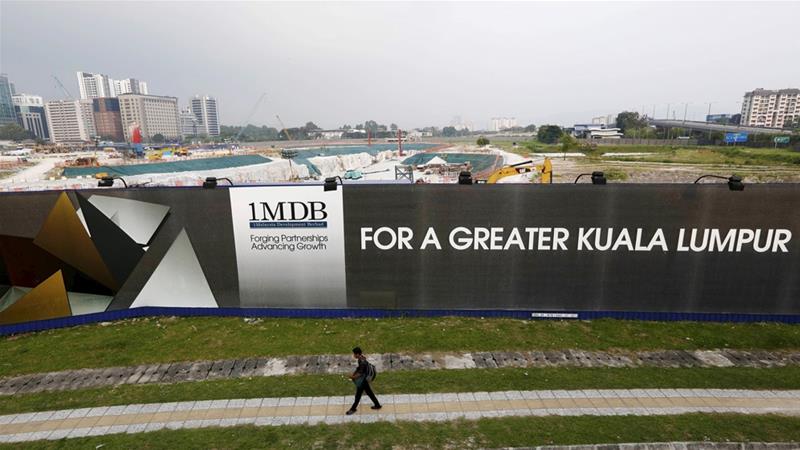 Police in Malaysia have filed new criminal charges and issued arrest warrants for fugitive financier Low Taek Jho and four others wanted in connection with the billion-dollar 1MDB sovereign wealth fund scandal, according to officials.

Low, also known as Jho Low, has been identified by Malaysian and US investigators as a central figure in the alleged theft of about $4.5bn from 1Malaysia Development Berhad (1MDB).

The financier, whose whereabouts are unknown, has denied any wrongdoing through a spokesperson.

On Tuesday, Low and four others were charged with 13 money laundering and criminal breach of trust offences involving losses of 1MDB funds totalling 4.2 billion ringgit (roughly $1.17bn) based on foreign exchange rates at the time of the offence, the Malaysian police chief said in a statement on Wednesday.

Arrest warrants were issued against the five who have left Malaysia, Mohamad Fuzi Harun said.

“If they are found to be in any other country, police and the attorney general’s chambers will take action to request their extradition so that they can be brought back to Malaysia to face charges in court,” he added.

1MDB was founded by former Malaysian Prime Minister Najib Razak in 2009 and is the subject of money-laundering probes in at least six countries, including the US, Switzerland and Singapore.

The massive corruption investigation, which upended Malaysian politics, spanned the globe, with the money from the state fund gambled in Las Vegas, spent on diamond jewellery and a luxury yacht and used to finance the Wolf of Wall Street and other Hollywood productions.

Najib lost a general election in May to Mahathir Mohamad, a former Malaysian leader who came out of retirement to lead an opposition coalition to victory.

The new prime minister reopened investigations into 1MDB and his predecessor’s involvement at the fund.

Najib is now facing nearly 40 money laundering and corruption charges related to losses at 1MDB and other government entities. He has consistently denied wrongdoing.

The former prime minister admitted that there were “things that went wrong in 1MDB” during an exclusive interview with Al Jazeera’s 101 East, though he maintains he was unaware of malfeasance and his “conscience is clear”.

Low was charged with five counts of money laundering involving transfers totalling $1.03bn into a Swiss bank account between September 30, 2009 and October 25, 2011.

The new charges are in addition to eight counts of money laundering already filed against Low in August.

A spokesperson for Low said the latest charges were a continuation of “trial-by-media”.

“As has been previously stated, Mr Low will not submit to any jurisdiction where guilt has been predetermined by politics and there is no independent legal process,” the spokesperson said in a statement.

Loo and Tan have also been named as key figures in US civil lawsuits seeking to seize more than $1.7bn in assets allegedly bought with stolen 1MDB funds.

Unlike Low who has said he is innocent, Tan and the other three others charged have not made any comment about the 1MDB case, and their whereabouts are also not known.