A major mall owner with more than 100 locations across the US has filed for bankruptcy after it was unable to pay its rent.

Washington Prime Group was forced to close properties and relax collection of rent from its tenants during the pandemic, squeezing the mall owner’s finances.

Washington Prime’s estimated assets ranged from $1 billion to $10 billion, as did its estimated liabilities, in a filing made in the US States Bankruptcy Court for the Southern District of Texas on Sunday.

‘The bankruptcy shows that while things are now getting back to normal, many of the scars left by the pandemic have not fully healed,’ Neil Saunders, retail analyst and managing director at GlobalData, told CNN Business. 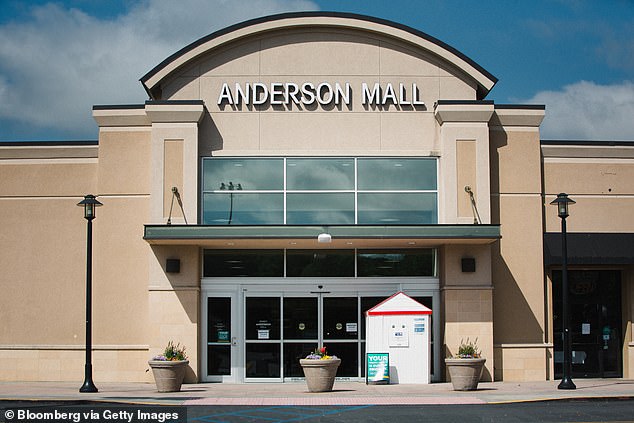 The re-opened Anderson Mall stands in Anderson, South Carolina, on Friday. The Anderson Mall is part of the Washington Prime Group which owns more than 100 locations across the United States

‘Strong balance sheets and sound operations are needed to see property companies through this period,’ he added. ‘Washington Prime did not have those fundamentals and so has chosen Chapter 11 as a way to restructure and pay down its debts.’

The Columbus, Ohio-based company, formed in 2014 following a spin-off from mall giant Simon Property Group Inc, was in talks for roughly $100 million of so-called debtor-in-possession financing to aid operations during bankruptcy proceedings.

During the throes of the pandemic in 2020, Washington Prime’s rental income plummeted about $127 million from 2019 levels due to the coronavirus outbreak.

During the first three months of this year, Washington Prime’s rental income was off roughly $20 million compared with the same time in 2020.

Its cash flows from operations for the three months ending in March were $3.3 million, a plunge from $10 million during the same time in 2020. 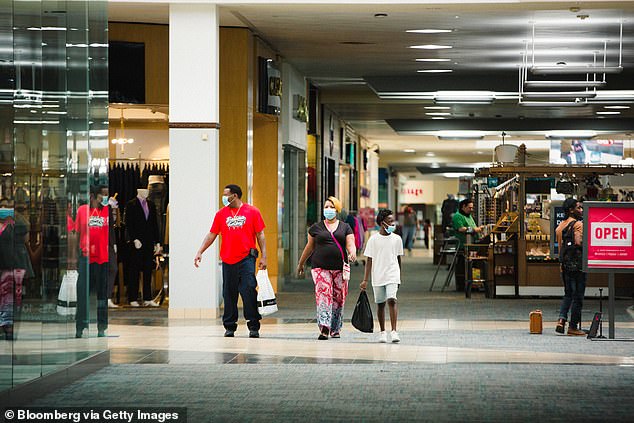 ‘During the financial restructuring, we will continue to work toward maximizing the value of our assets and our operating infrastructure.’

Nevertheless, previous government stay-at-home orders and business closures designed to slow the pandemic crushed many retailers’ bottom lines, imperiling their ability to pay rent to landlords such as Washington Prime.