Hordes of 'Covidiots' flocked to Kelvingrove Park in the city's west end on one of the hottest days of the year, prompting police to act. 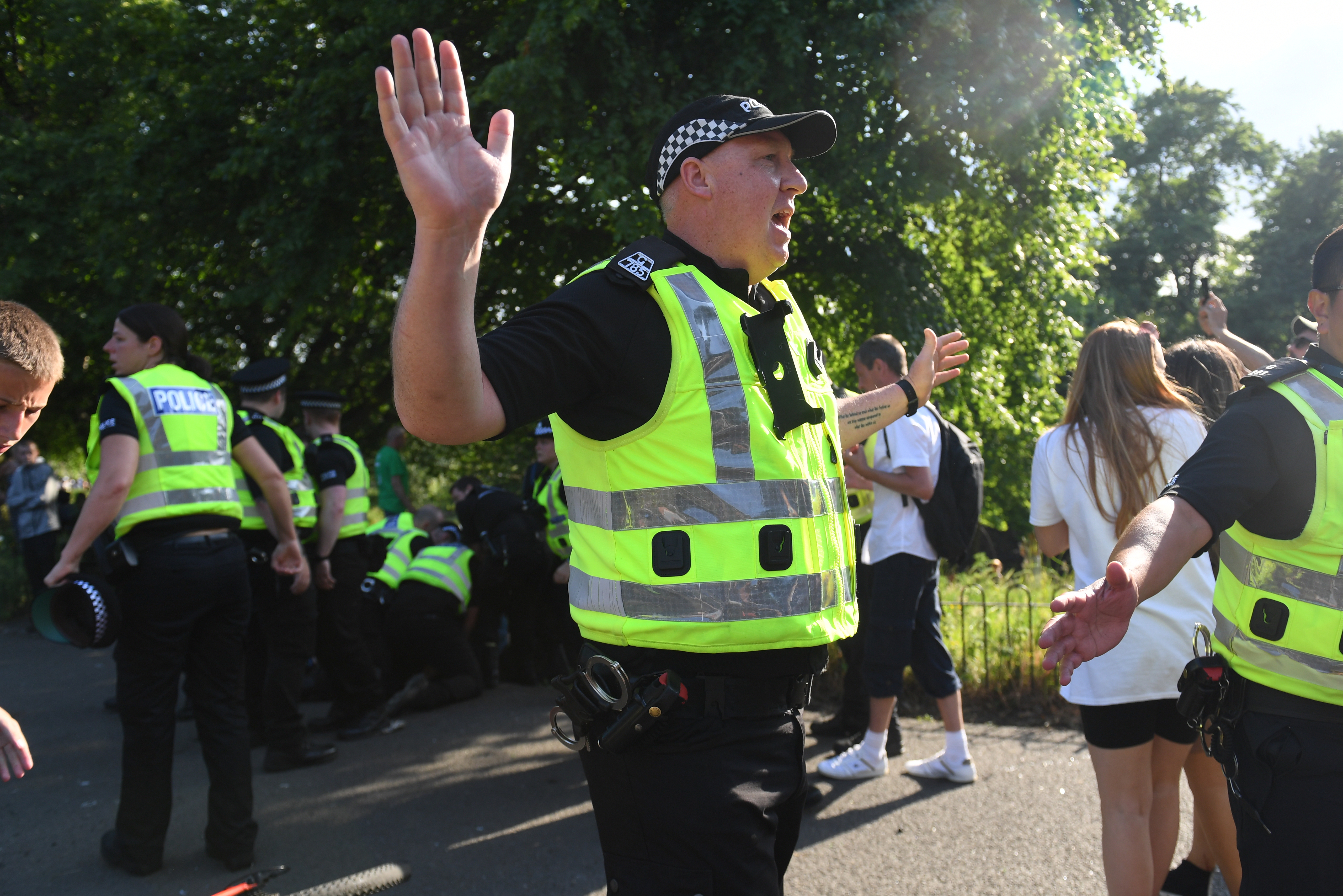 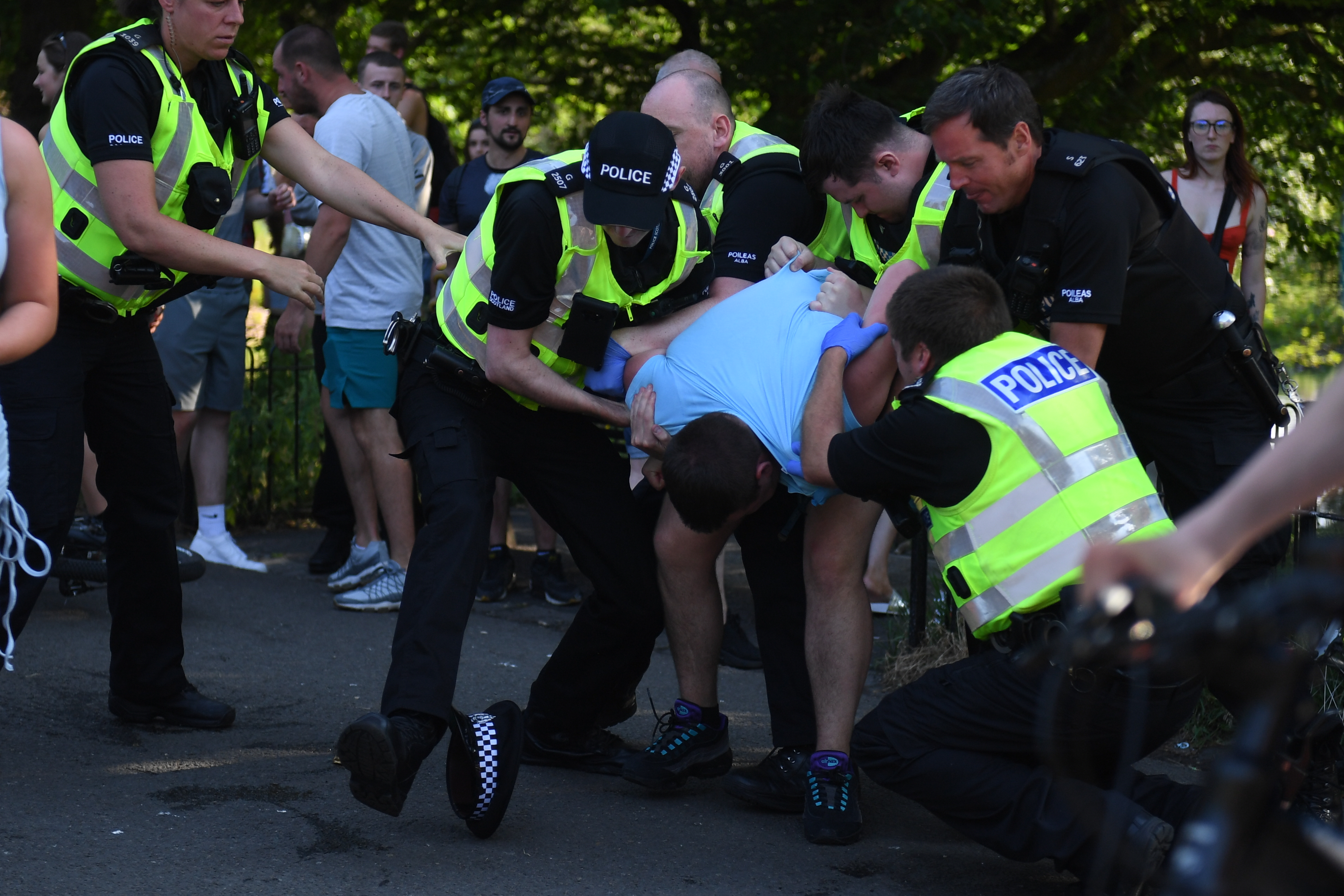 Locals were furious over the crowds of people seen to be ignoring the eased lockdown rules.

In Scotland, people are allowed to meet other individuals from two other households while outside in groups of no more than eight people.

On Twitter, Brendon McIlroy wrote: "Madness here at KG Park! Something needs to be done to nip this in the bud ahead of summer."

Police gathered in numbers at the Gordon Street entrance before heading inside to clear people out.

Others entered the park from Royal Terrace gates – with one local claiming at least 30 police cars and vans had gathered outside.

Madness here at KG Park! Something needs to be done to nip this in the bud ahead of summer.

One large grassy area was swamped with people in big groups, with limited social distancing evident.

Dozens of officers lined up to usher the masses out of the park.

A helicopter was seen in the sky above, overseeing the action.

But the incident appears to have gone down safely, as locals were urged out of the park.

One onlooker said: "This was an orderly, and amenable operation, in which the whole park emptied in a well-humoured manner."

The chopper had also been spotted over the nearby Botanic Gardens on Byres Road.

A convoy of police cars sped round the park as shocked punters watched on.

One onlooker said: "They went flying past the glasshouses at about 40mph. It was scary, no warning at all.

"They are driving round on the streets outside flying round with their sirens on."

Inspector Lesley Docherty, of Partick Police Office, said: “The regulations remain that people should only leave the house for very limited purposes, for example for basic necessities, for exercise or recreation, for medical needs or travelling for work which cannot be done from home.

"The Chief Constable has made it clear that we are asking people to take personal responsibility to do the right thing and remember the purpose of these measures is to aid the collective effort to stay safe, protect others and save lives by preventing the virus from spreading.

"Our officers will continue to engage with the public, explain the legislation and guidance and encourage compliance.

"We will use enforcement as a last resort only where there is a clear breach of the legislation." 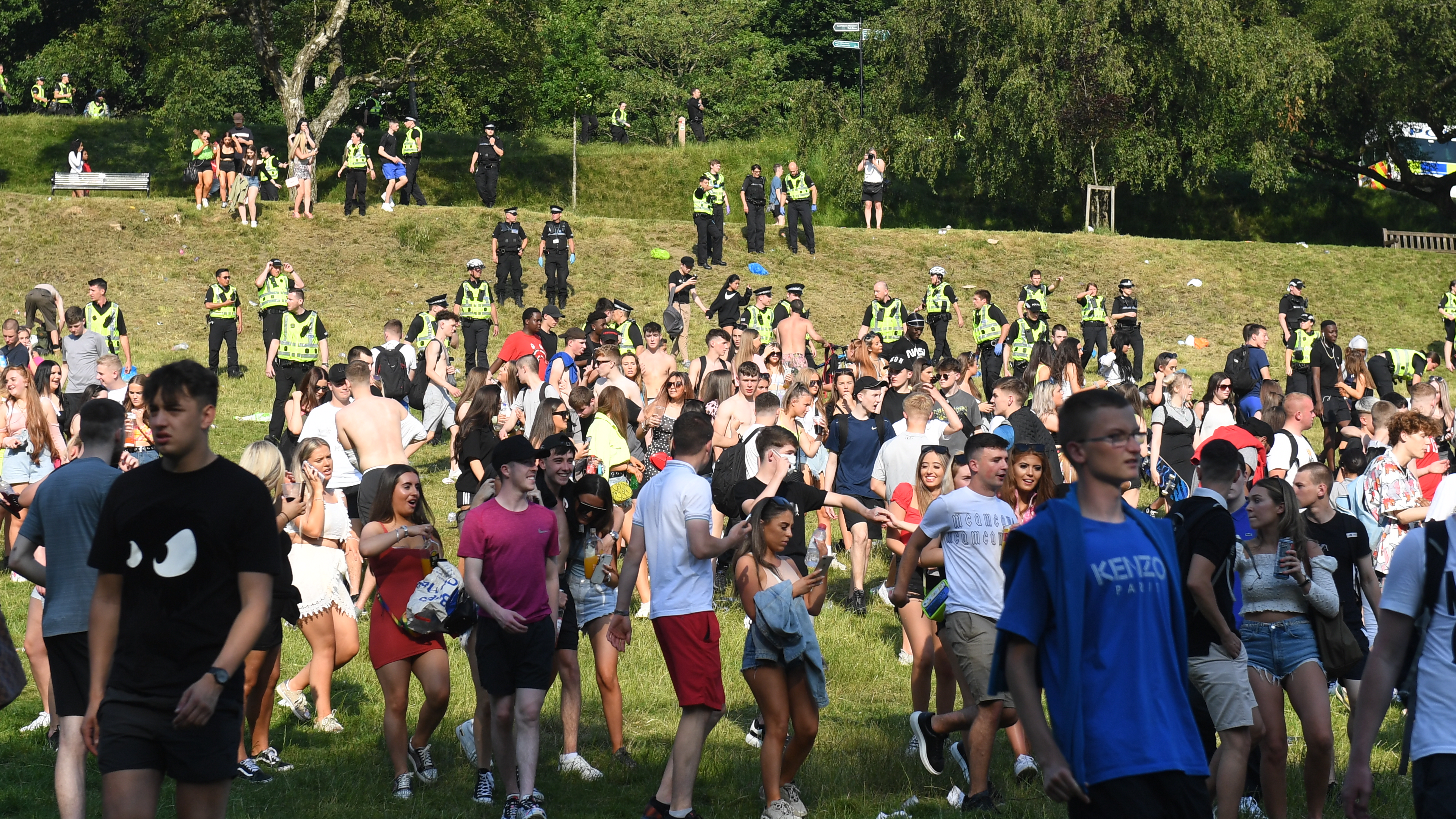 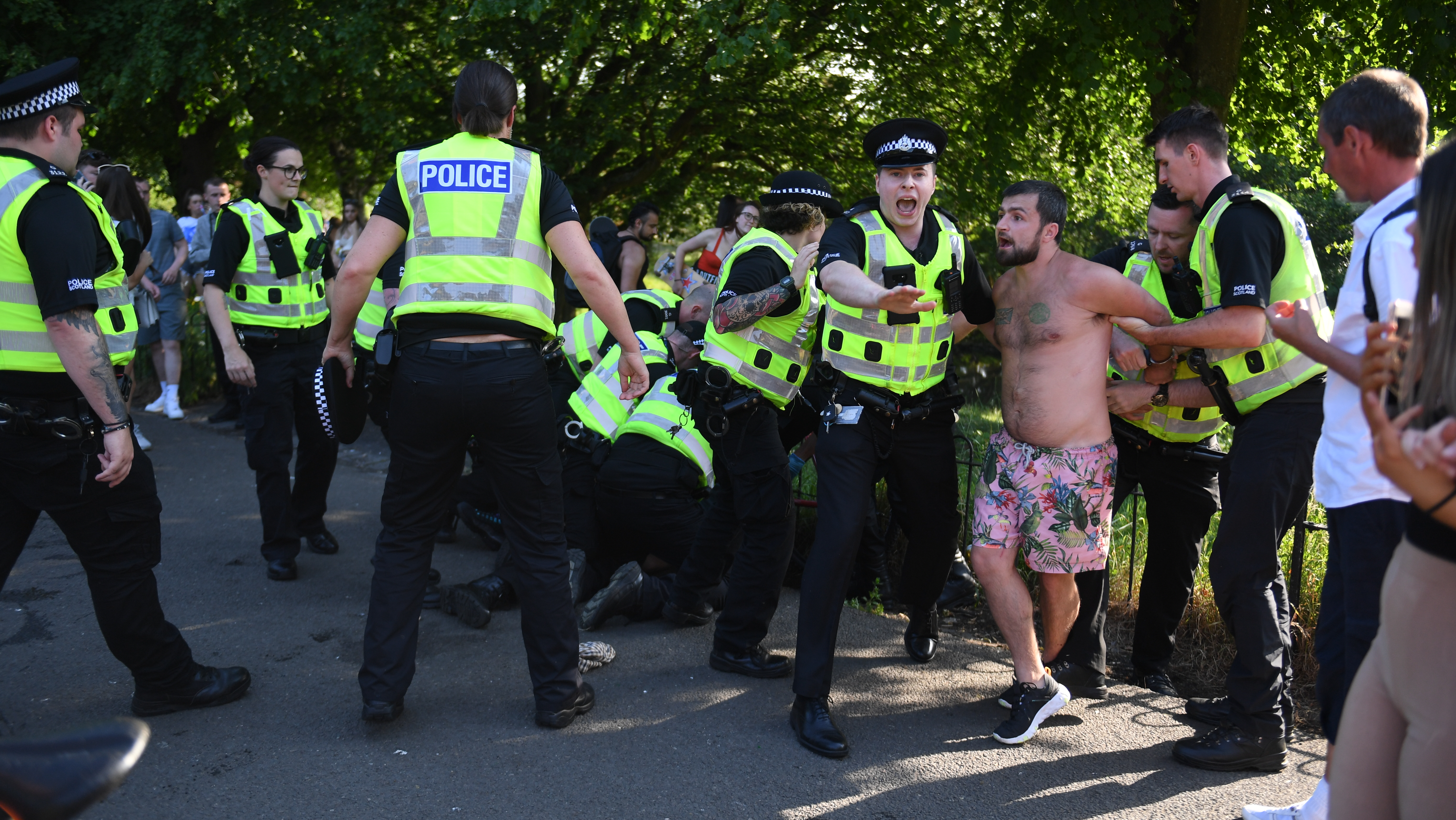 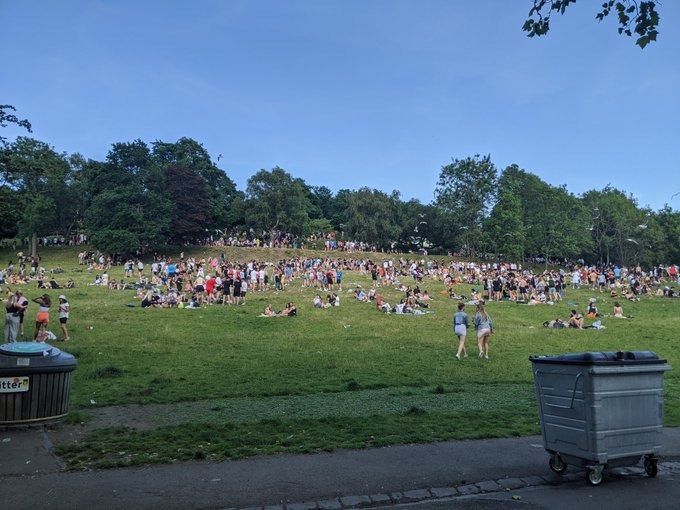 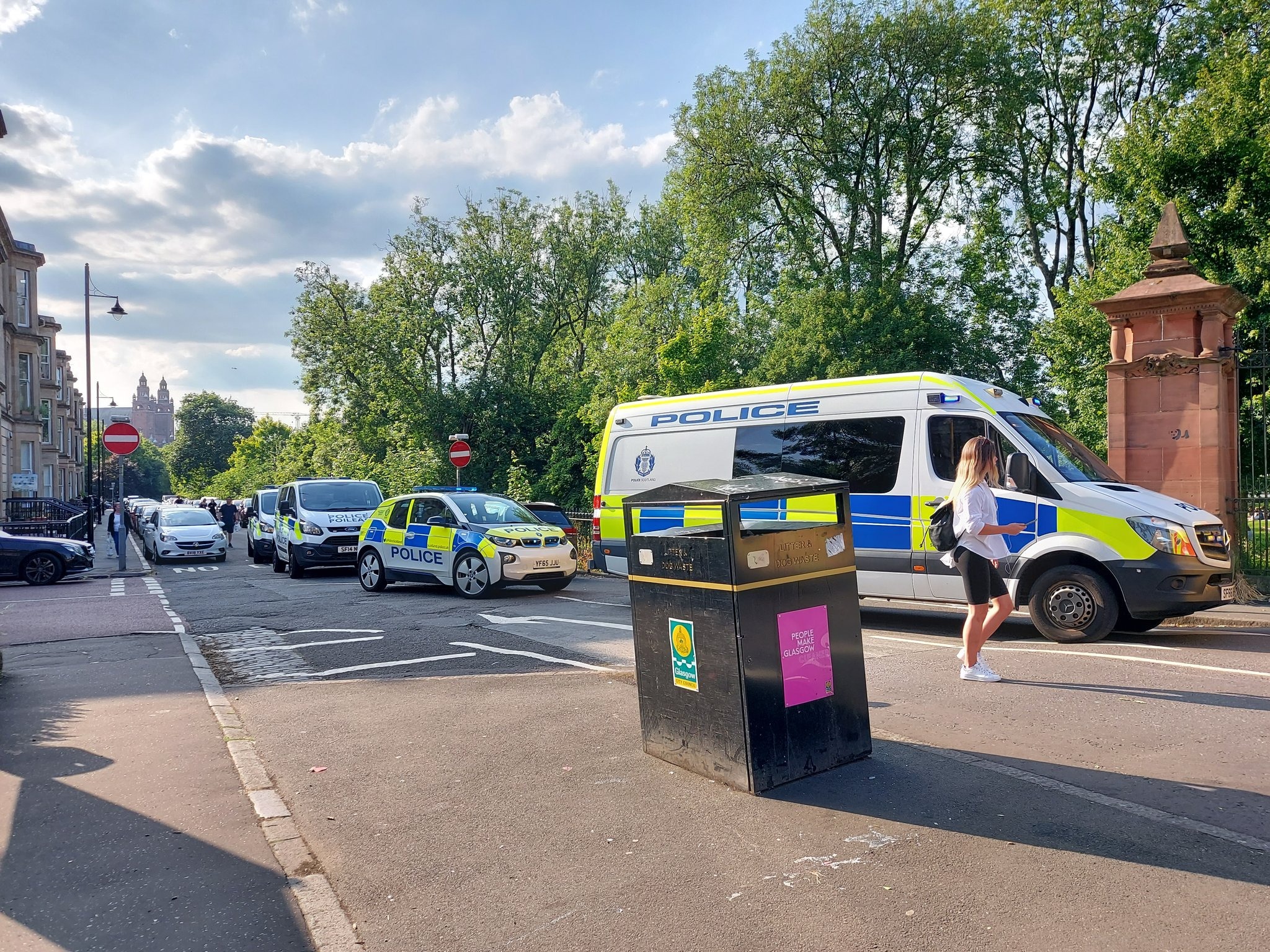