PARIS (Reuters) – To his allies, Emmanuel Macron’s letter to the French launching a national policy debate was a bold exercise in democracy. To his critics, Sunday’s missive was an empty, wordy gesture by an aloof ‘King Macron’ determined to retain core economic reforms.

Whatever their initial reaction, the French have eight weeks to respond by contributing thoughts on an array of subjects in an initiative the president hopes will generate policy ideas and help build a new “contract” with the nation.

That he felt the need to pen a 2,300-word letter launching a consultation reflects the extent to which the “yellow vest” uprising has shaken his presidency.

Before Macron’s letter, only two other French presidents, Francois Mitterrand and Nicolas Sarkozy, had penned missives to the people. Both were electoral gambits, announcing their run for a second term in the Elysee Palace.

Macron’s in contrast came after less than two years in power and sought to begin healing relations with a public angry at the 41-year-old’s liberal economic reforms and monarchical manner.

His letter insisted he would not reverse reforms aimed at making France Inc. more attractive and ensuring work pays more. The initiative, he said, was “neither an election, nor a referendum” on his leadership. Opponents were unimpressed.

“With this address, the head of state is in fact a candidate, to save the three years he has left in office,” the left-leaning daily Liberation wrote in its Monday editorial.

“Resuming a conversation with the people won’t be easy. And, if we dare say, will require of the president a certain ‘taste for effort’,” the paper added, sniping at Macron’s remarks on Friday that too many French did not know the meaning of hard graft.

The debate will focus on four themes — taxes, green energy, institutional reform and citizenship. Discussions will be held on the internet and in town halls over a period of two months. Four weeks after that, in April, Macron will return with his conclusions. 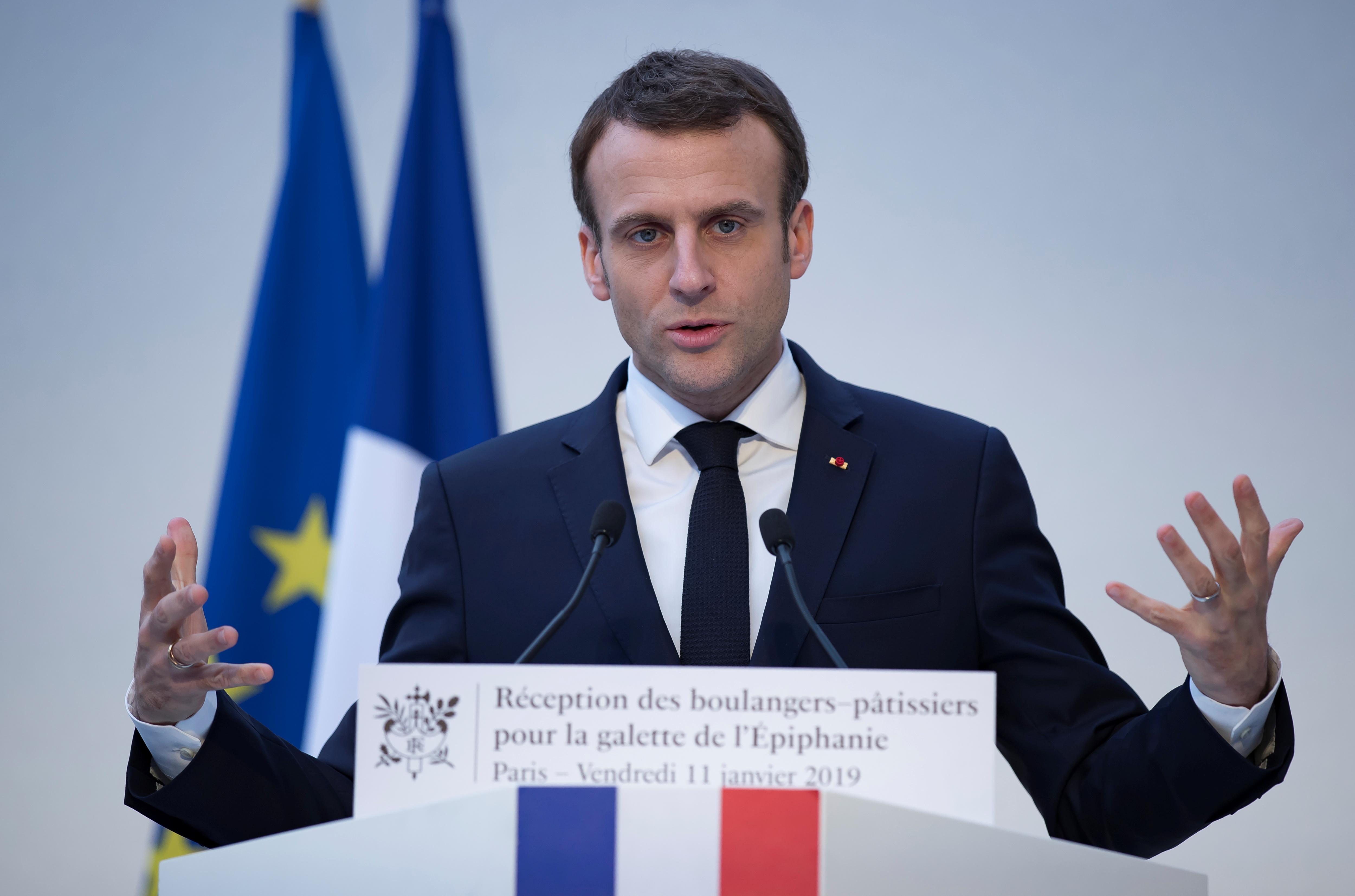 “The ‘yellow vests’ want responses to their demands. Here is a wordy letter that pushes back any answers to later in a bid to win time,” Green lawmaker Esther Benbassa said on Twitter. “The people will ask. King Macron will decide.”

Riot police in Paris on Saturday fired water canon and tear gas in a ninth weekend of clashes with mobs of projectile-hurling “yellow Vest” protesters. Thousands of others marched noisily but peacefully through the capital.

Macron, often criticized for being disconnected with low-paid workers who struggle to make ends meet, says he wants to channel their anger into solutions.

Investors balked at Macron’s first round of tax and minimum wage concessions, which cost the Treasury 10 billion euros and undermined his credentials as a reformer.

Asked in an interview on France Inter radio if Macron’s reforms were moribund, Blanquer said: “Of course we have to keep reforming. Of course reform is possible.”

Beyond policy, however, Macron also faces the challenge of persuading the public to like him once again. His sharp tongue, patronizing remarks to the working class and habit of listening to only a small coterie of close advisors have helped drive his popularity ratings to new lows.

Macron’s letter said he heard the public’s anger and shared its impatience for a “more prosperous country and a fairer society”.

But in refusing to re-examine tax reforms that have exposed him to charges of being a “president of the rich” — he scrapped a wealth tax and lowered the rate on capital gains — the former investment banker, was again depicted as aloof.