It’s been a week of swings and roundabouts for Industry Minister Christian Porter. On Monday, the former attorney-general made waves when he decided to drop a high profile defamation claim against the ABC.

While things have gone quiet on the legal front, there have been happier developments in Porter’s life. The minister has quietly started dating Sydney-based criminal lawyer Karen Espiner. 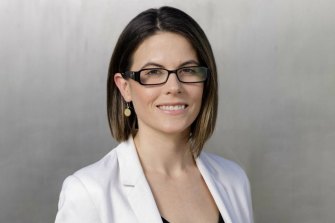 The co-founder of Younes + Espiner Lawyers was spotted on a flight into Canberra on Tuesday night. On Wednesday, she confirmed the budding romance in a joint statement with the MP.

“We are in the early stages of a relationship,” Espiner told CBD. “That relationship has not been a secret but it is a private matter which we do not intend to talk about in any detail.

“Obviously over the last few months I have been one of many people who have provided Christian with a lot of support, but I have not been involved in the defamation proceedings in any legal capacity.”

Readers will recall Porter, who split from his wife early last year, hit the national broadcaster with the action after claiming an online news story by Four Corners reporter Louise Milligan identified him as the senior cabinet minister at the centre of a historic rape allegation. He has vehemently denied any wrongdoing.

Little is known about the couple’s common interests other than a shared love of the law and sour worm lollies. Also unclear is how Porter and Espiner met, but the legal community is a small one. 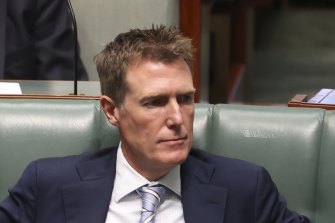 Christian Porter in the House of Representatives on Tuesday. Credit:Alex Ellinghausen

The agenda from the NSW Bar Association’s 2018 annual conference shows Porter opened day two of the conference with an address. After lunch, it was Espiner who had her own moment in the sun when Younes + Espiner sponsored a panel discussion titled “A National Tragedy: Royal Commission Child Sexual Abuse” between barrister Jane Needham SC, former Herald reporter David Marr and …. ABC reporter Louise Milligan.

It’s funny how the world works.