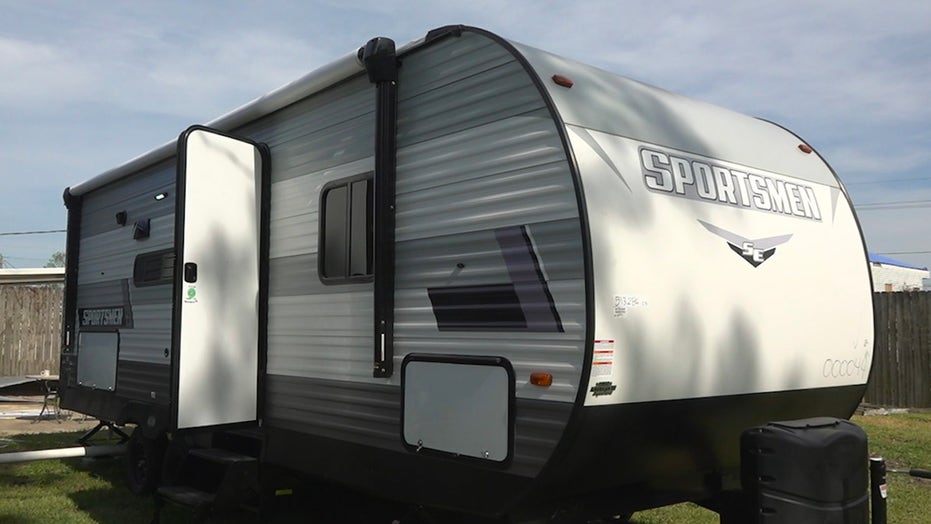 Thousands of people in Louisiana are still displaced following Hurricane Ida. The state is now hoping to help more families get back on their feet by moving them into travel trailers.

HOUMA, La. – Thousands of people in Louisiana are still displaced following Hurricane Ida. The state is now hoping to help more families get back on their feet by moving them into travel trailers.

It’s the first time the state is doing anything like this. It has purchased 2,000 trailers to allow families to live near their homes during the recovery process. The program works faster than applying for direct housing through FEMA. 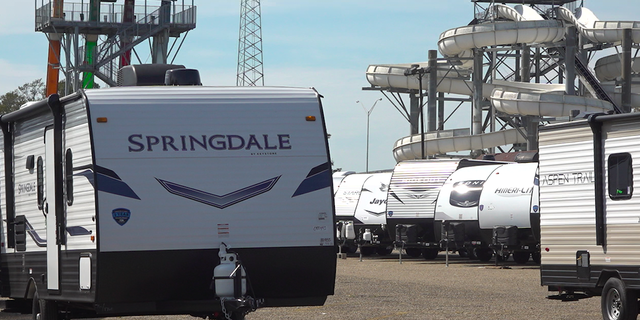 Hundreds of trailers are staged in Baton Rouge, ready to be delivered to those who need them.

Cheryl Calvaruso and her neighbor Bobby Boudreaux were some of the first to receive a trailer. Since the storm, they’d been living in homes with leaking roofs, no hot water or air conditioning. They spent many nights sleeping in Boudreaux’s truck. They did spend a few nights in a hotel paid for by FEMA, but they wanted to be closer to their homes.

“We’d have to drive over two hours to get to a hotel,” Boudreaux said. “By the time you wake up, drive to work, drive to your home to start getting things together, then drive all the way back to the hotel, we wouldn’t get there until after midnight.”

The friends were both emotional when a trailer was delivered to their backyard last week.

“You don’t know how much it means to put your head down and lay down in your own backyard,” Boudreaux said.

“I can take a hot shower,” Calvaruso added. “I don’t have to worry about going somewhere else. I can make a hot meal. I can live.” 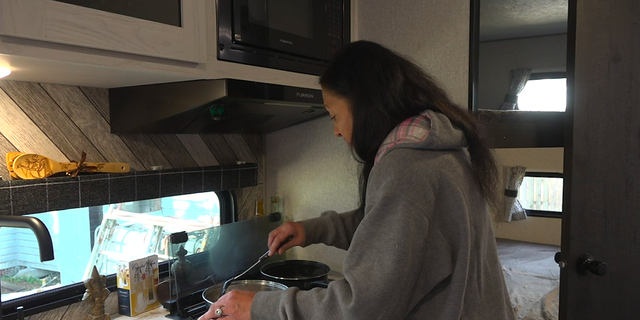 Cheryl Calvaruso cooks a meal in her state-provided travel trailer.

Casey Tingle, Louisiana’s director of Homeland Security and Emergency Preparedness, says the state isn’t bogged down by some of the red tape that prevents FEMA from being able to get people into trailers faster.

FEMA has yet to deliver one trailer to the state, but more than 200 families now have one under the governor’s program.

“When you look at the timeline for how long it takes for the FEMA program to ramp up, it just makes sense for us to try to solve the problem,” Tingle said. “We’re doubling every week, so we should be closer to the realm of 400 to 500 families that are housed soon, with the goal of being at 2,000 somewhere around the first week of December.”

The state will be reimbursed by FEMA for purchasing the trailers and they hope to continue this program after future storms.

“So much of the economy of the impacted area from Hurricane Ida depends upon those residents and that workforce being able to get back to work,” Tingle said. “There are fishermen and shrimpers and all sorts of jobs that require them to be onsite and in that location and there were just no hotels that were anywhere close.”

As of late October, FEMA has approved more than $900 million dollars in assistance to more than 536,000 Louisiana households. This includes hotel stays for over 15,500 people who have been displaced by Ida.

Ida victims who want to apply for the state sheltering program do not have to be registered with FEMA, but it is highly recommended. People can apply at idashelteringla.com or call 844-268-0301.