(This December 1 story is refiled to fix typographical errors in paragraphs 16 and 22.) 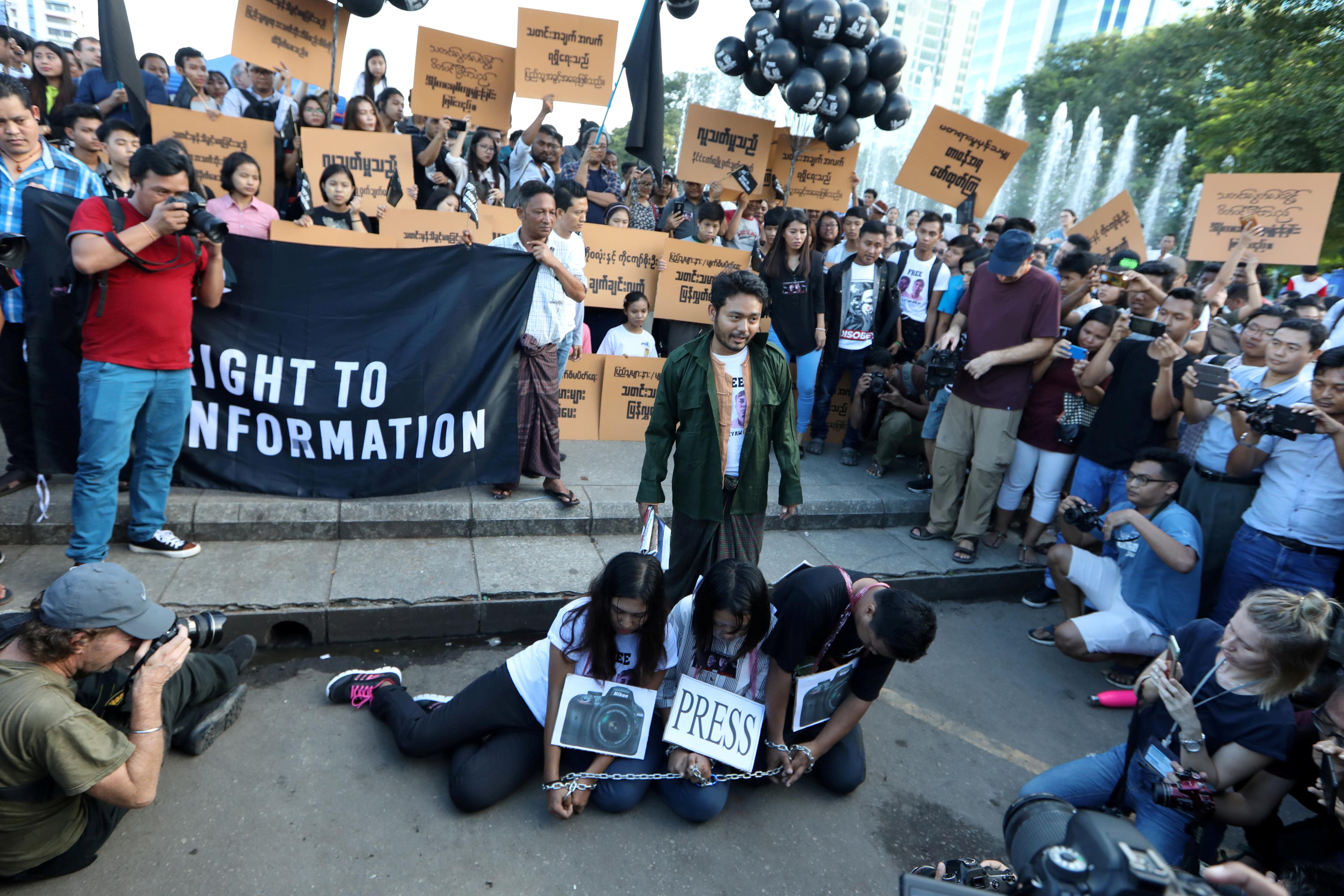 By Shoon Naing and Poppy McPherson

YANGON (Reuters) – Myanmar youth activist and television host Thinzar Shun Lei Yi would once have called herself one of Aung San Suu Kyi’s greatest fans. Now, she is one of her most vocal critics.

The 27-year-old belongs to a small but high-profile group of liberal activists, many former die-hard Suu Kyi supporters, who are growing increasingly disillusioned with the administration they voted into power with sky-high hopes three years ago.

“I lost my idol, I’m confused, frustrated and lost,” said Thinzar Shun Lei Yi, who hosts an ‘Under 30’ talk show on a popular local website.

“Most of the activists and youths are now thinking: ‘What is next’, ‘What will happen?’, ‘What can we do?’ At this stage, Daw Aung San Suu Kyi is going her own way and nobody can intervene, and she won’t listen to civil society organizations,” she said, using the honorific for women in Myanmar.

While Suu Kyi continues to inspire devotion among many ordinary Burmese, the emergence of a dissenting youth movement – driven by anger over her handling of ethnic minorities, including the Muslim Rohingya, as well as curbs on the media and civil society – presents a new challenge for her administration.

At stake is the future of Myanmar’s transition toward democracy after years of military rule. With a general election looming in 2020, the country’s first civilian government in decades is confronted by growing divisions among activists who once coalesced around her National League for Democracy party.

“The youth and the people expected a lot from our government,” he said. “We couldn’t live up to their expectations, we admit. But we are doing our best.”

Since then, the administration has come under pressure over its response to a military crackdown against the Rohingya minority that the United Nations has described as “ethnic cleansing” with “genocidal intent”, as well as faltering peace talks with ethnic armed groups and a stagnating economy.

In recent months, they have staged several protests, including an anti-war march in the commercial capital of Yangon in May that ended in scuffles. A total of 17 people were charged with unlawful protest, including Thinzar Shun Lei Yi. Their trial is ongoing.

“Sensitive issues are banned, and protesters arrested and beaten,” she said. “The National League of Democracy, the party using the name of democracy, must respect democracy and human rights.”

According to free speech organization Athan, which means ‘Voice’ in Burmese, 44 journalists and 142 activists have faced trial since the Suu Kyi government took power.

They include Reuters reporters Wa Lone, 32, and Kyaw Soe Oo, 28, who were sentenced to seven years in prison in September after being convicted of breaking the colonial era Official Secrets Act.

The journalists are appealing their conviction to the country’s High Court, citing evidence of a police set-up and lack of proof of a crime. Suu Kyi said in September their jailing had nothing to do with freedom of expression. The government says Myanmar’s courts are independent.

Athan’s founder, poet and activist Maung Saung Kha, was among the protesters charged alongside Thinzar Shun Lei Yi in May. Four months later, in September, they both helped organize another demonstration, this time for free speech.

Facing the crowd, Maung Saung Kha – who is still an NLD member – donned the orange shirt traditionally worn by his party’s lawmakers and draped a green jacket resembling military garb over it. Armed with a copy of the state-run daily newspaper The Mirror, he began beating journalists gathered nearby.

“The government has failed to use its power to protect people’s rights,” he told Reuters.

Myo Nyunt, the party spokesman, said the government was cooperating with non-governmental organizations, but their activities needed to be examined case-by-case.

“If it is not related to security or not a divisive issue among ethnics, we accept them,” he said. “We are going forward to democracy so we acknowledge the role of NGOs, but we have concerns that NGOs are being influenced by sponsors instead of being independent.”

While she has no control over the military, Suu Kyi has faced international criticism for failing to defend the Rohingya, more than 730,000 of whom fled a sweeping army crackdown in western Rakhine state in 2017, according to U.N. agencies. The operation was launched in response to insurgent Rohingya attacks on security forces.

Myanmar denies almost all the allegations of atrocities made by refugees, saying the army was carrying out a legitimate campaign against terrorists.

While many among Myanmar’s Buddhist majority revile the Rohingya, the young activists offer a rare sympathetic voice.

“We acknowledge Rohingya. We totally denounce the fact that they are referred to as ‘Bengali’,” said Maung Saung Kha, referring to a term commonly used in Myanmar to imply the Rohingya are interlopers from Bangladesh, despite a long history in the country.

“We haven’t seen any acknowledgement or punishment for the things that happened,” he said. “The refugees will not come back as long as these people think of them as less than humans, and that it is not a crime to kill them.”

Khin Sandar, another young activist facing unlawful protest charges, spent months campaigning for the NLD ahead of the 2015 election but lost faith in Suu Kyi over her handling of the Rakhine crisis.

Her family was affected in a wave of communal violence in 2012, when not only Rohingya but members of the Kaman Muslim minority, who also face discrimination but unlike the Rohingya are considered Myanmar citizens, were driven from their homes. They live in crowded internal displacement camps outside the Rakhine state capital Sittwe and are subjected to severe restrictions on movement.

In a speech after last year’s violence, Suu Kyi said all residents of Rakhine “have access to education and healthcare services without discrimination”.

“My own nephew and nieces are still living in the Sittwe camps and they don’t have those rights,” said Khin Sandar. “I was shocked. How can she say that in her speech?” Afterwards, she said, she quit her job as researcher for an NLD lawmaker.

While the youth activists represent only a small segment of Myanmar society they are increasingly influential in the grassroots activism scene, while their protests and public comments have attracted significant attention from media and from their vast social media followings. 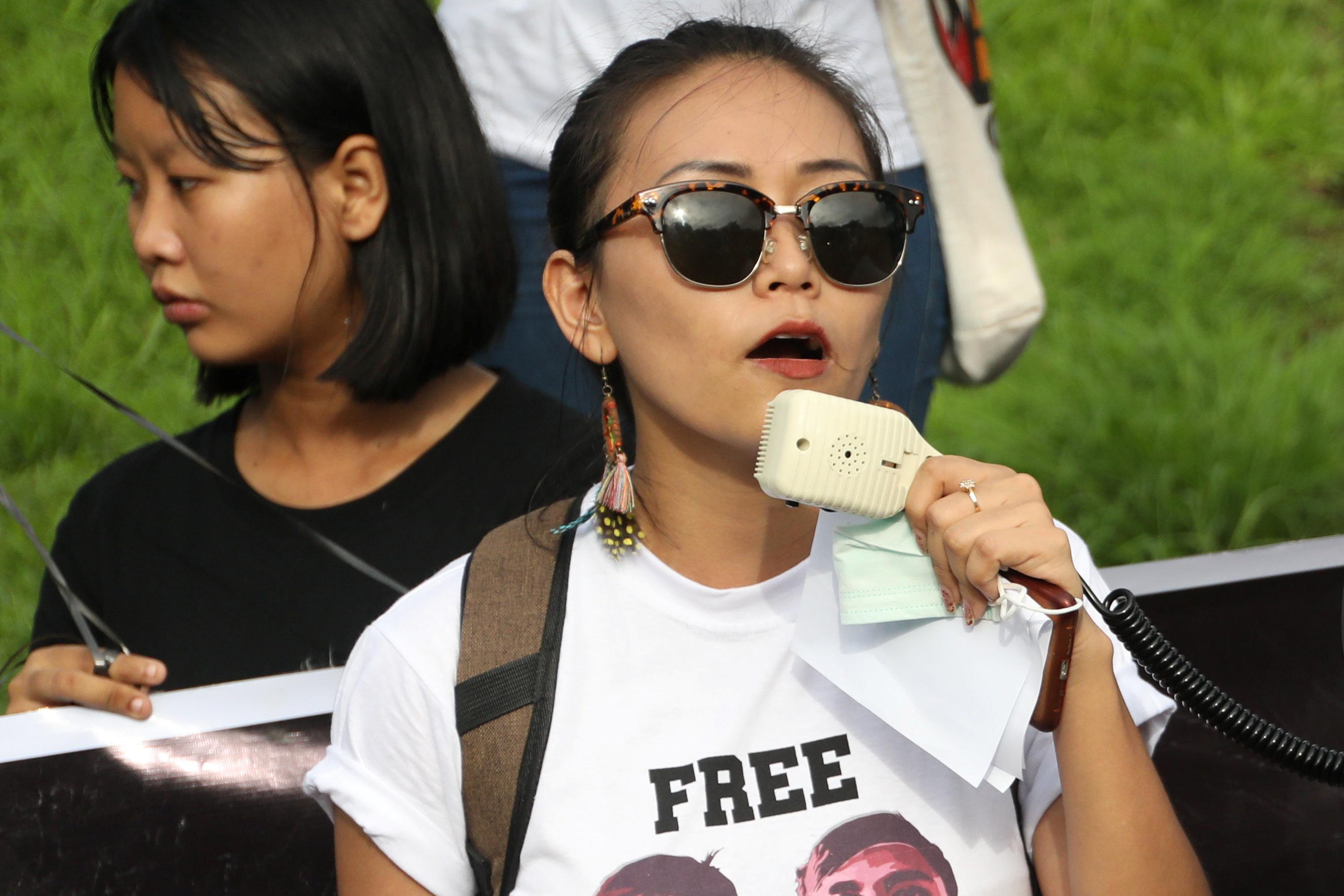 Mostly in their 20s and 30s, they highlight the gulf between Myanmar’s young population – the median age is 27 – and its aging leadership, comprised of mostly men in their 60s and 70s.

“Myanmar is a very conservative country, these young people especially from Yangon are now challenging that,” said Myat Thu, a political analyst from the Yangon School of Political Science.

“In order to have a revolution of ideas, not many people need to know. They will spread it gradually.”