The protests were branded a border farce and “irresponsible” as the go-slow by custom officers opened the door to people in Calais trying to illegally get into the UK. 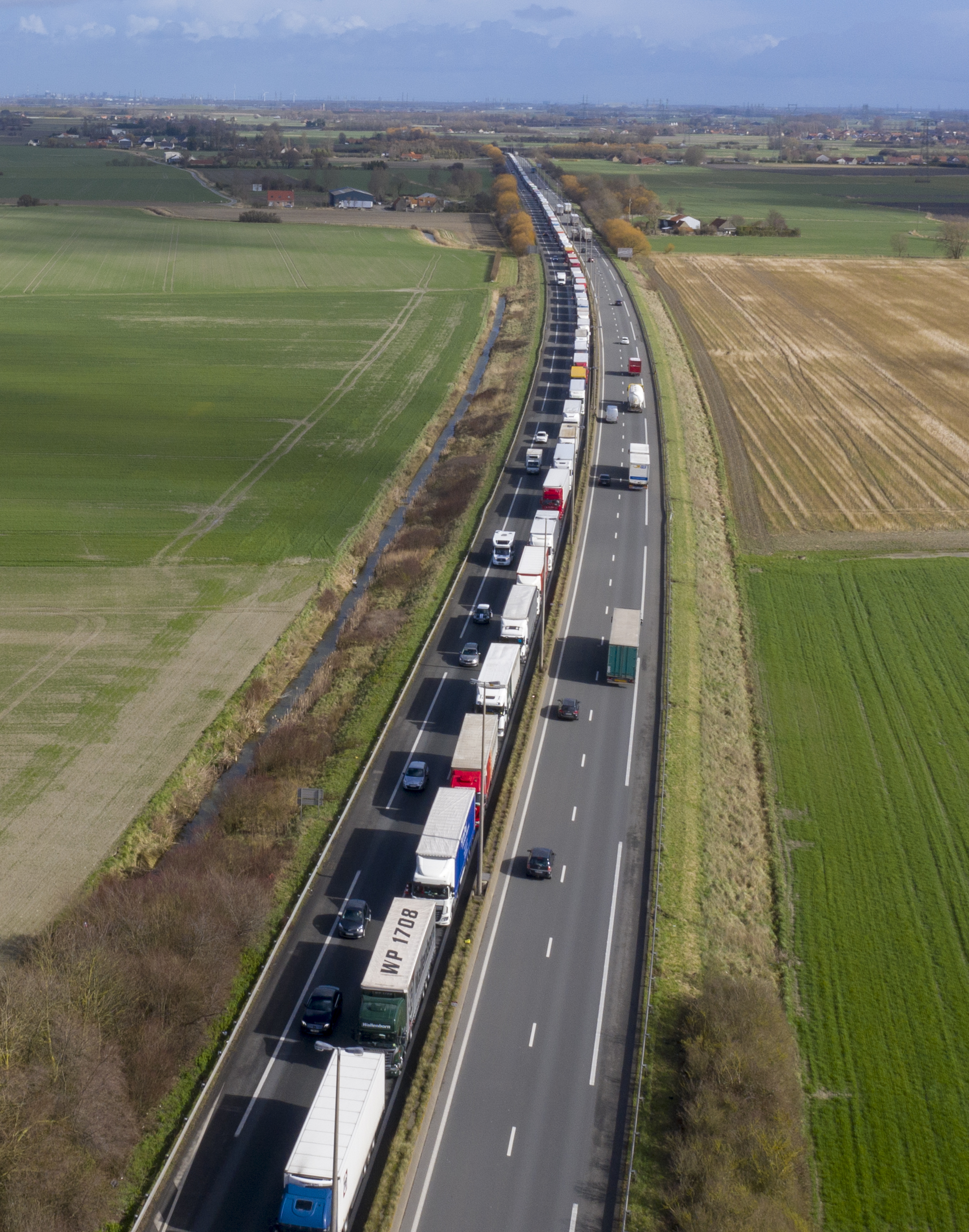 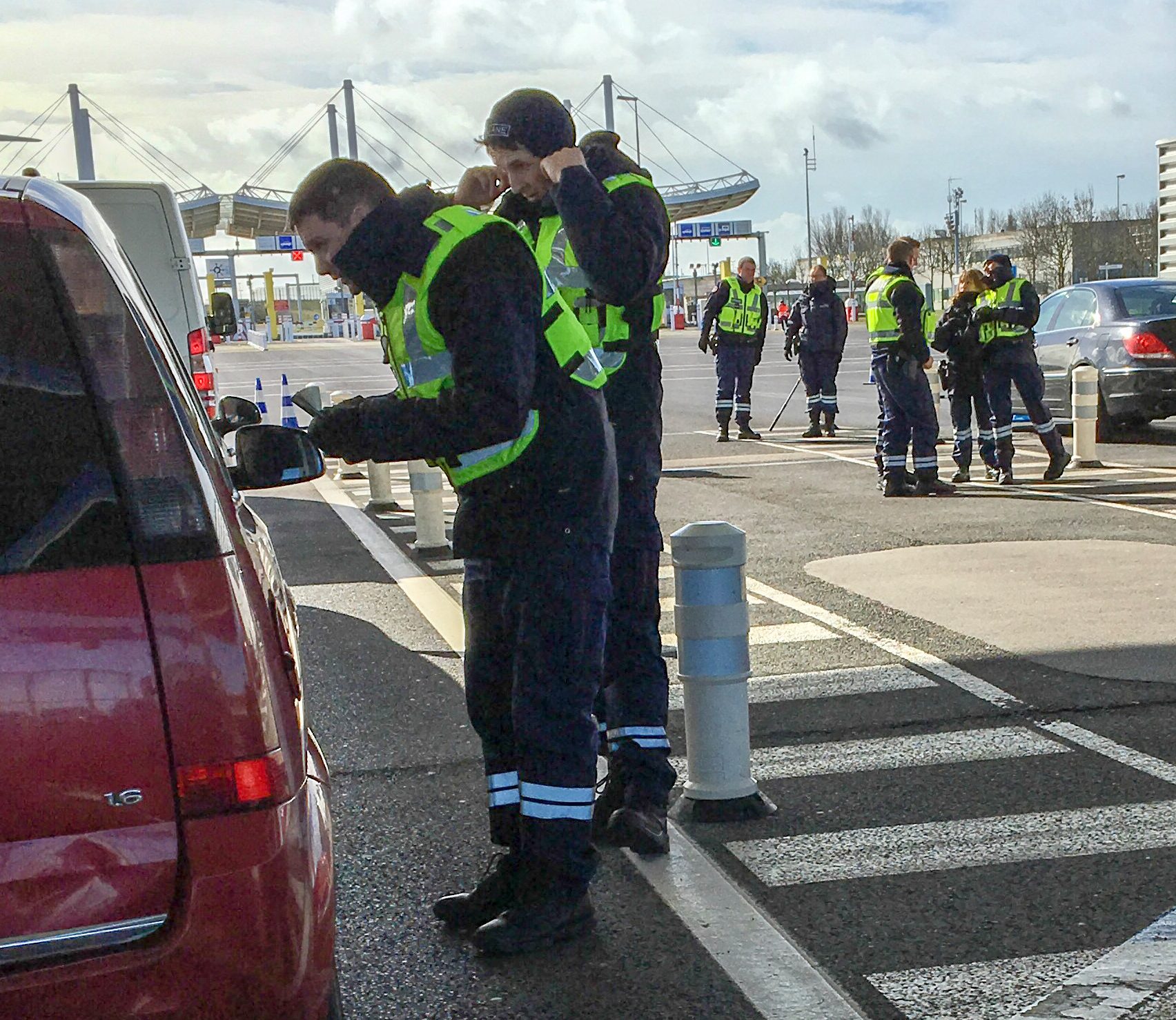 Strikes forced lorries to queue 15 miles back as far as Dunkirk, while train passengers in Paris were “interrogated” as they tried to get home on the Eurostar.

But the lines of trucks proved irresistible to the estimated 1,000 migrants living between Calais and Dunkirk who caused a number of security problems.

The Sun witnessed police being forced to guard a dozen desperate to sneak into Britain waiting feet away from the queuing lorries.

Further up the A16 dual carriageway others were seen waiting as the HGVs started to back up before sprinting towards them.

Cops were also stopping cars in the area to check they were not picking up any waiting nearby.

MP Charlie Elphicke, whose Dover constituency is the destination for the lorries, told The Sun: “This irresponsible French strike simply serves to undermine border security and risks making Calais a migrant magnet once again.

“It’s nothing to do with Brexit. At least once a year the French go on strike to discuss their pay and conditions.

“We would welcome if the French unions could find a less disruptive way of conducting their pay negotiations and one which does not undermine our border security.”

Militant unionists want more pay and staff numbers before the UK leaves the EU on March 29.

They are currently “working to rule” – which means following regulations in pedantic detail to order to reduce efficiency and increase time.

One Brit tourist, 32, said: “The whole idea of a strike seems completely unfounded.

“Checks are done in the countries the trucks are going to, so it’s an utter farce the security going on here.

“I don’t think it’s escaped anyone that a three-day long strike where there are 15 miles of lorries might be a target for people trying to smuggle themselves into the UK.”

Drone pictures of the jam showed lines stretching back as far as the eye could see.

Meanwhile in Paris French customs officials at the Gare du Nord were interrogating all passengers once their luggage had cleared X-ray machines.

The customs officials are being extremely aggressive, and causing massive delays. They’re treating everybody as if they’re a problem

Businessman Iain Kelly said: “They’re asking us where we live, what our jobs are, and whether we have any money or drugs on us.

“This never normally happens, and it’s pretty intimidating. Once your luggage clears you are normally good to go.

“The customs officials are being extremely aggressive, and causing massive delays. They’re treating everybody as if they’re a problem.”

Even the head of French customs was stunned by the strike action and the reasons unions had given.

Rodolphe Gintz, said he was astonished by the "work-to-rule strike", which he was adamant had nothing to do with Brexit.

He said: “They're targeting lorries that are leaving for the UK even though it's the country of destination that carries out the checks."

Five French trade unions are behind the protests, and are demanding more staff and better pay to cope what they will argue will be more difficult checks after Brexit, which will technically happen at the end of this month.

And Philippe Bollengier, from the CGT union, added: “There will be stronger controls. You have a demonstration of what is going to happen after Brexit.”

One of his uniformed colleagues dealing with passengers waiting for the 3.03pm service from Paris to London on Wednesday – which was delayed by almost two hours – was more forthright, saying: “Brexit will be terrible for all of us.

“We simply do not have the manpower or resources to deal with the new demands on us.” 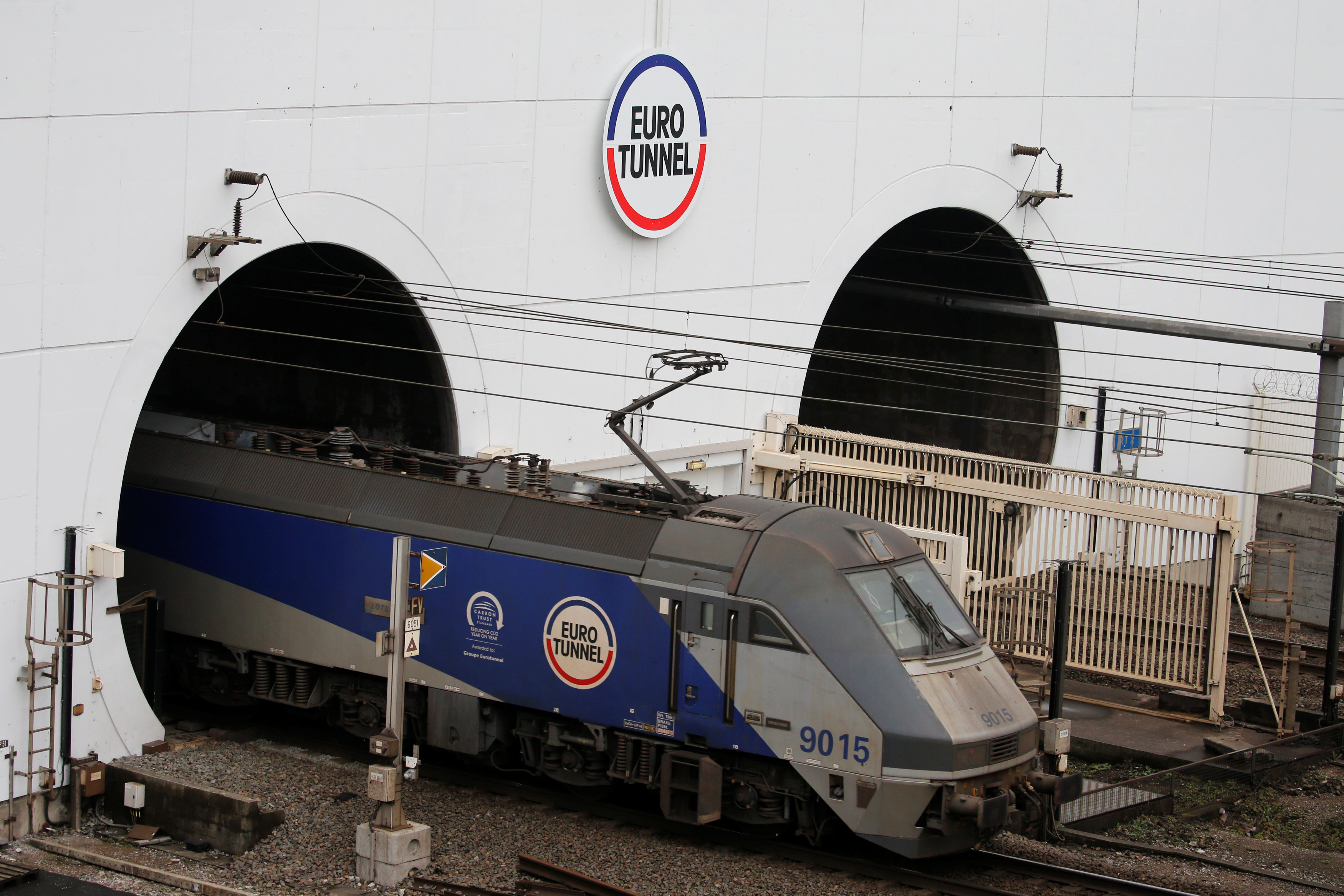 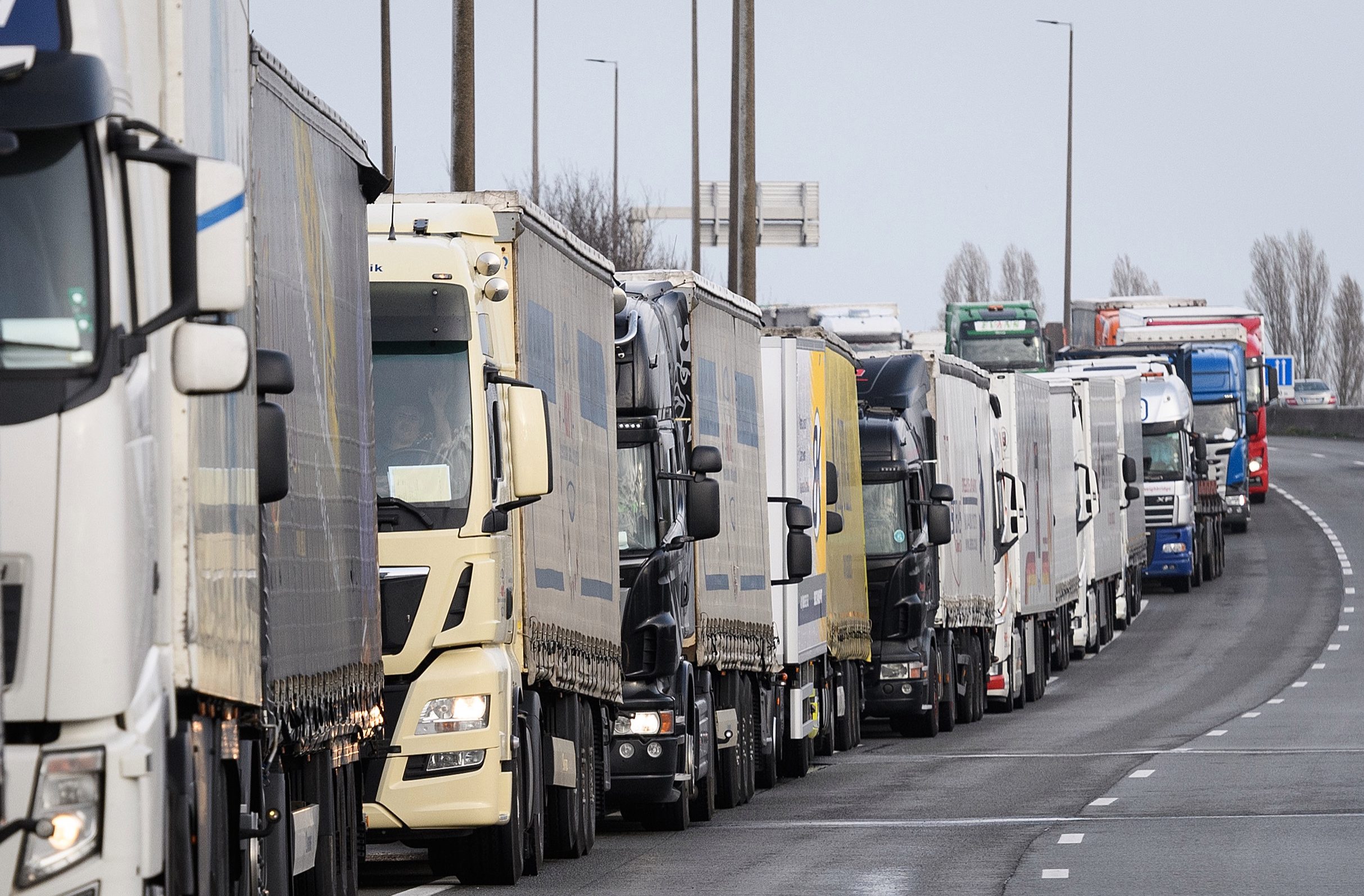 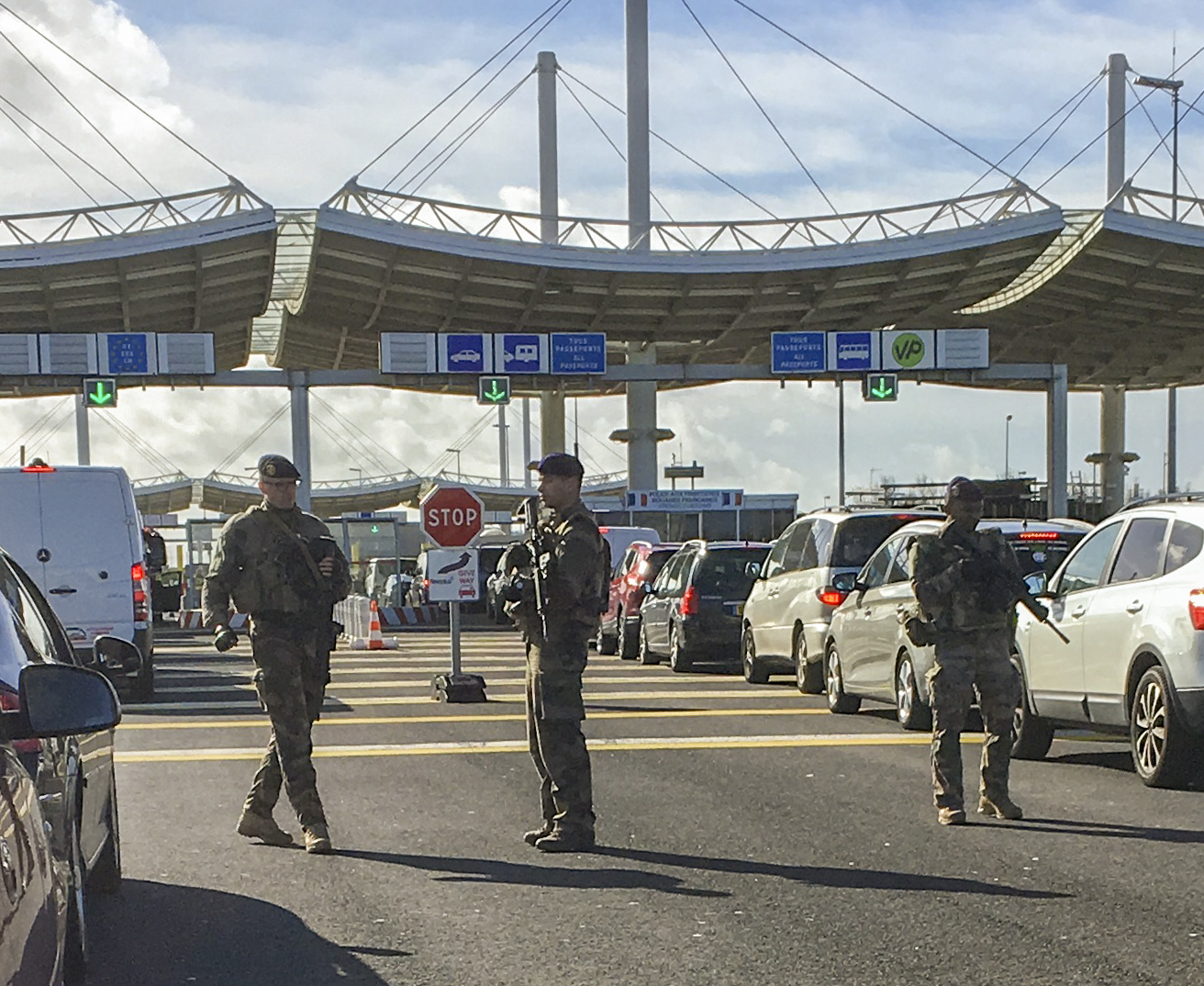