Video has emerged of youtuber turned boxer Logan Paul throwing blows at a fan who called him a ‘p***y’ outside a Hollywood nightclub.

Paul, 26, was leaving the Nightingale nightclub in Los Angeles early this morning with friend and podcast co-host Mike Majlak when a group of fans accosted the pair.

The fans crowded Paul, who looked visibly uncomfortable, in the parking lot as they asked incessantly whether he intends to fight heavyweight boxing legend Mike Tyson.

As Paul was stood, seemingly waiting to respond, a fan cut in with ‘bro are you a p***y or what?’, which hit a nerve with the YouTube star.

Paul stepped forward and launched a pair of open-handed strikes at the fan, who turned away before he was pushed back by Majlak and then hauled away by a security guard.

Rumors of an exhibition fight between Paul and Tyson have picked up in recent days after it was reported Iron Mike is looking to make a return to the ring in 2022. 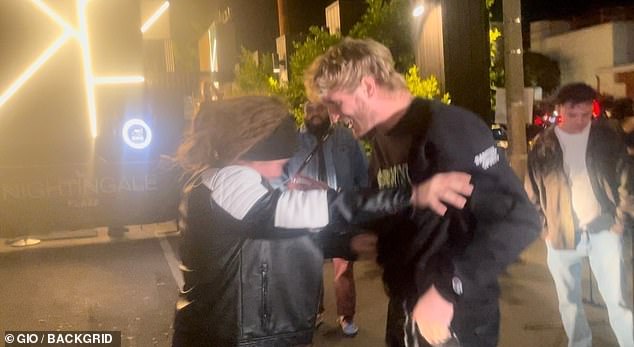 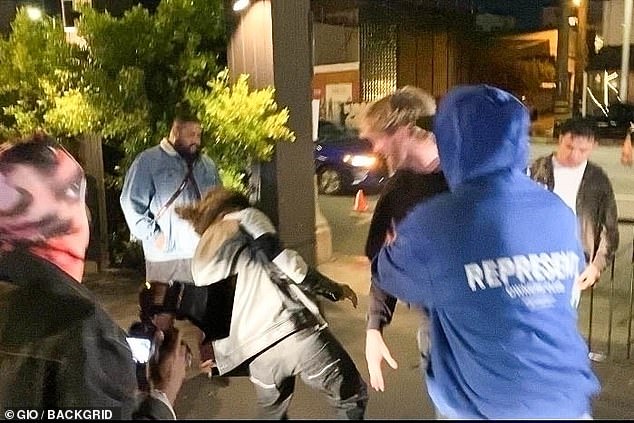 Paul launched a pair of open-handed blows at the fan who staggered away as Paul’s friend and co-host Mike Majlak (right, in blue), tried to hold him back 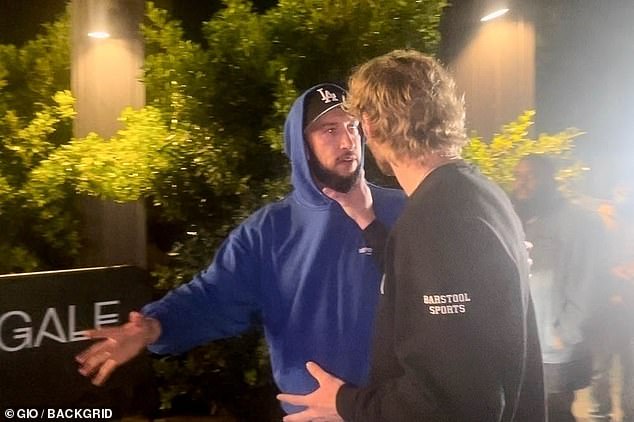 Majlak stood between Paul and the fan as security dragged him away from the scene outside Nightingale nightclub, before calming Paul and defusing the situation 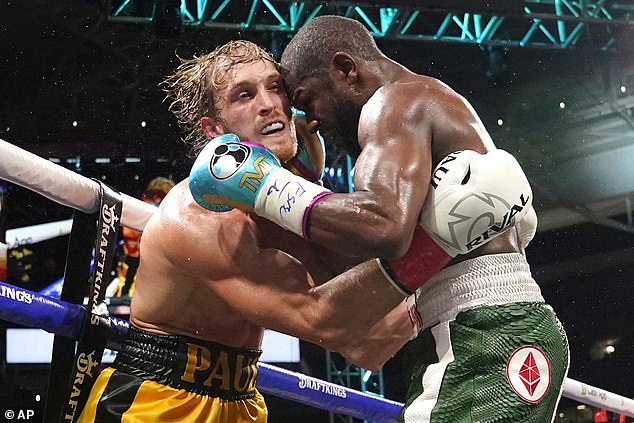 The altercation between social media sensation and the heckler comes just months after Logan Paul competed in an eight-round exhibition match with boxing great Floyd Mayweather in June.

Paul and Majlak had been chatting together prior to being surrounded by the fans in the Nightingale club parking lot, but Paul went silent when fans began berating him over the rumored Mike Tyson fight.

After a few moments, Maljak implored Paul to respond to the fans’ questions – it was at that moment that the heckler made his comment which triggered the YouTube star.

The altercation was quickly broken up by Majlak and the security guard, after Paul was able to calm himself and strolled off, smiling and laughing with his podcast co-host as they headed toward the exit.

Paul first gained a social media following in 2013 by posting comedic video clips and sketches on the now defunct platform Vine, before transitioning to YouTube and building a highly successful vlogging channel.

His ‘Impaulsive’ podcast, which he co-hosts with Majlak, was launched in 2018 and now has over 3 million subscribers on YouTube.

In 2018, Paul turned to boxing along with his younger brother Jake, who is also a social media personality and former Disney star.

The pair have gone on to make millions of dollars fighting in both professional boxing matches and exhibition bouts against other social media stars, mixed martial arts fighters and retired boxers. 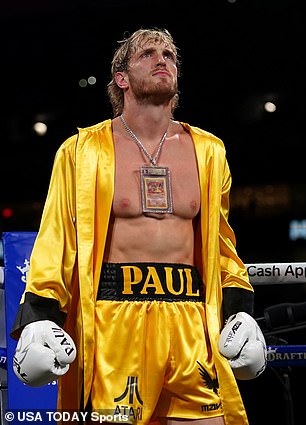 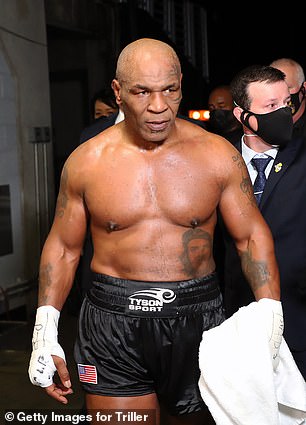 Former heavyweight champion Mike Tyson recently announced on his ‘Hotboxin’ with Mike Tyson’ podcast that he would consider stepping in the ring with either of the Paul brothers.

Iron Mike may be 55 years old, but after a 16-year layoff is back in phenomenal shape, having returned to the ring last year to take on boxing legend Roy Jones Jr, which ended in a draw.

Rapper Freddie Gibbs asked the boxing legend if the would be willing to have a crack at the brothers and Tyson explained it all comes down to money.

‘That’s the money fight. Those are the fights that make the money, those guys got 35 million people watching them,’ Tyson said.