A Sydney man who collided with a kangaroo while driving through country NSW has been fined $1,000 after he spilled to police that he was breaking lockdown because he was ‘sick of Covid’.

Deputy Commissioner Gary Worboys said officers were called to Mendooran, near Dubbo in central NSW, on Tuesday to speak to the man who had just hit the animal.

‘That person told police quite willingly he arrived about 10 days ago from Queensland,’ Commissioner Worboys said during Wednesday’s press conference.

‘He came to the airport, he hired a car and he decide that he would travel around country New South Wales on back roads because he was sick of Covid.’ 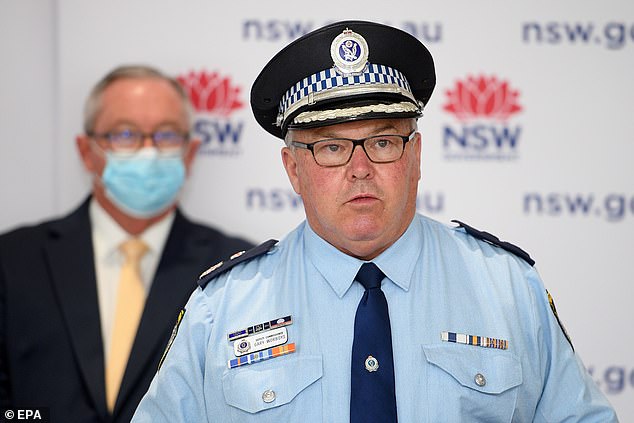 Deputy Commissioner Gary Worboys said officers were called to Mendooran, near Dubbo in central NSW on Tuesday to speak to the man who had just hit the kangaroo

Locals saw the collision with the kangaroo unfold and upon realising the man had breached public health orders alerted police.

Commissioner Worboys said the man was sent back to a nominated address in Sydney with police checking he did in fact make the journey to the city.

Those in Sydney require a permit to leave the city into regional parts of the state.

Within the past 24 hours 736 infringement notices were handed out across NSW which is in the midst of a statewide lockdown.

Another 633 infections were recorded on Wednesday along with three deaths.

An unvaccinated man in his 60s died from the virus at Liverpool Hospital in Sydney’s south-west and two men in their late 70s died at Nepean Hospital. 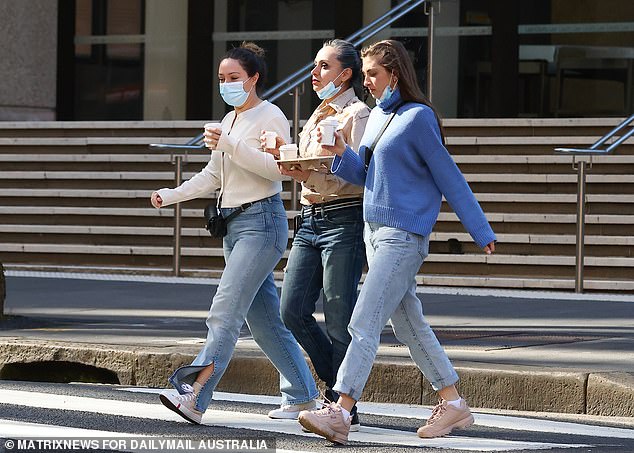 One of them was fully vaccinated and the other had received his first dose of a Covid-19 vaccine.

Commissioner Worboys said he was ‘disappointed’ with the amount of residents flouting the rules amid such high case numbers.

‘When you look at 448 of those (infringements) issued to people who were moving outside of their house without a good reason, that again shows us that people are clearly want to step outside of the rules and put the safety of theirs and the community at risk,’ he said.

Another man tried to talk his way out of a fine when he was found not at his house after claiming he was ‘taking the bins out’.

Police had carried out a compliance check at the man’s home in Padstow, in Sydney’s south-west, on Tuesday morning but were aware he may try to leave in the afternoon.

‘Police went back to that location, found him away from his home, made a telephone call where he tried to tell police that he was taking the garbage bins which was clearly not the case,’ Commissioner Worboys said.

Of the new cases announced on Wednesday, 550 were found in west and south-west Sydney.

Premier Gladys Berejiklian said the worst was yet to come for the city – which has now spent almost eight weeks under a stay-at-home lockdown. 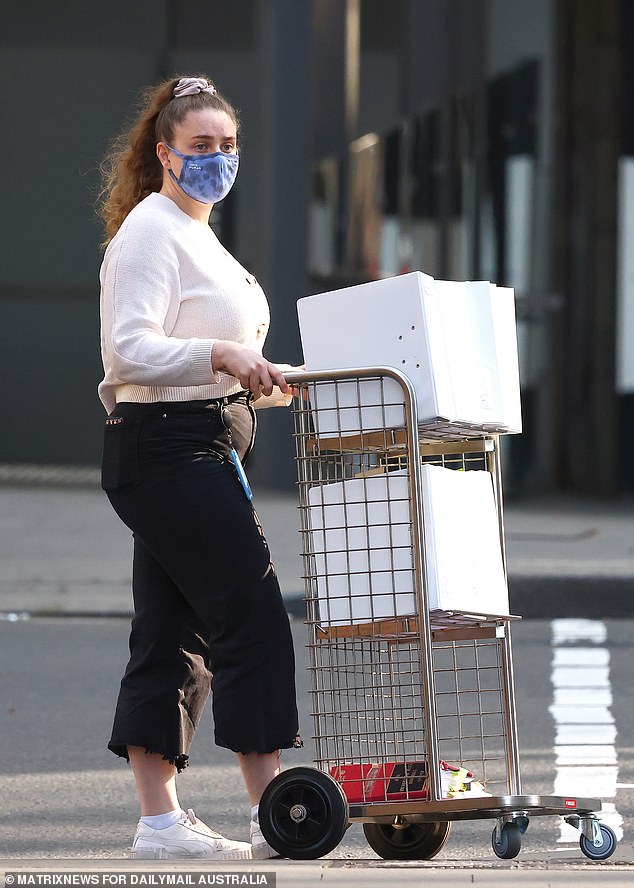 ‘What the data is telling us in the last few days is that we haven’t seen the worst of it,’ she said.

‘The way that we stop this is by everybody staying at home. You cannot get the virus if you do not have contact with other people.

‘You have to assume, no matter where you are in the state, that every time you set foot out of your door, that you have the virus or anybody you’re in contact with has the virus.’

NSW Deputy Premier John Barilaro also pleaded for residents in regional parts of the state to stay home after 23 cases were recorded in western NSW – including 17 in Dubbo.

Ms Berejiklian earlier on Wednesday morning revealed hairdressers, beauticians and cleaners could be among the first professions to get back to work once they are fully vaccinated. 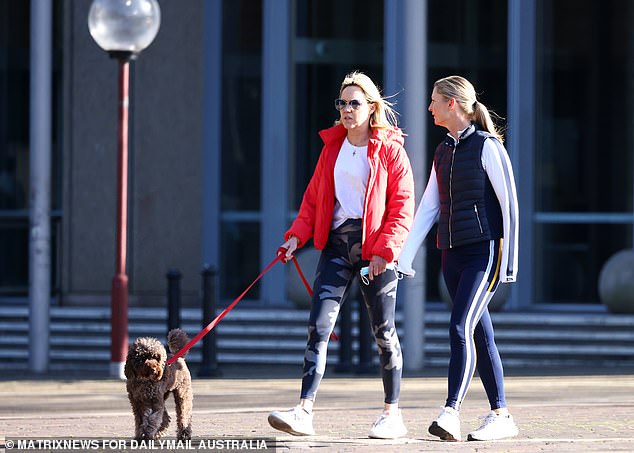