What is THAT? Alien sea creature’s mass of tentacles baffles locals after washing up on an Australian beach

A bizarre creature resembling an alien has washed up on a beach in Western Australia and baffled locals.

A picture of the creature was posted online by a Reddit user who said it was found on the beach in Broome, on the northern coast of WA, by his mother and girlfriend.

The image shows the creature on the sand with dozens of mottled-black tentacles surrounding what appears to be an inflated appendage. 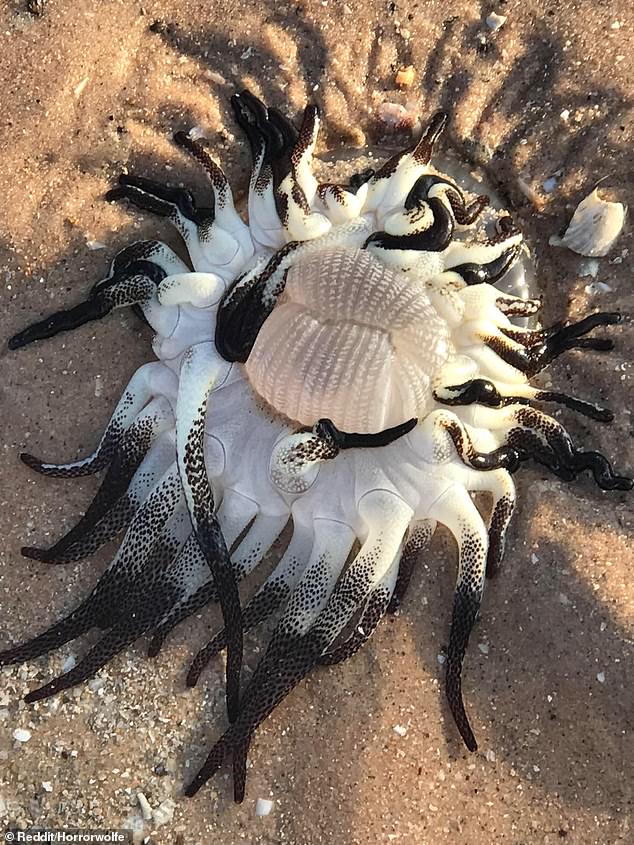 Reddit users were also baffled by the creature with some commenters speculating what it could be.

‘What the heck?’ said one commenter.

‘Quite the creature,’ another said.

Eventually, a consensus seemed to be reached that the creature was in fact a sea anemone that had been flipped upside down after being beached on the shore.

‘I think you are correct,’ another commenter said.

The armed anemone is found in the tropical waters off the coast of Western Australia and can grow up to 50cm.

They usually have more colour although Reddit users specualted that it had been bleached by the sun.

It also has a venemous sting that can be extremely painful to humans and can take months to heal. 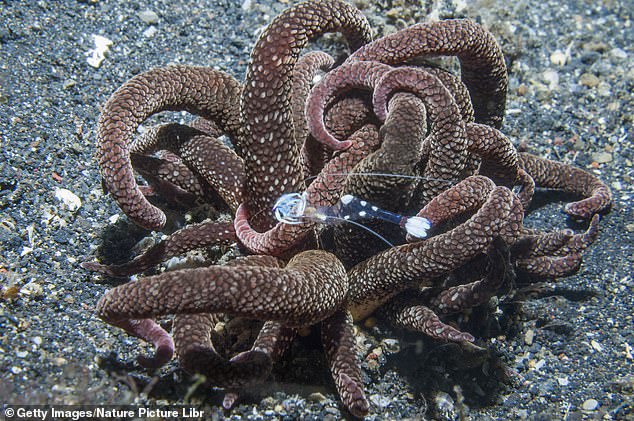 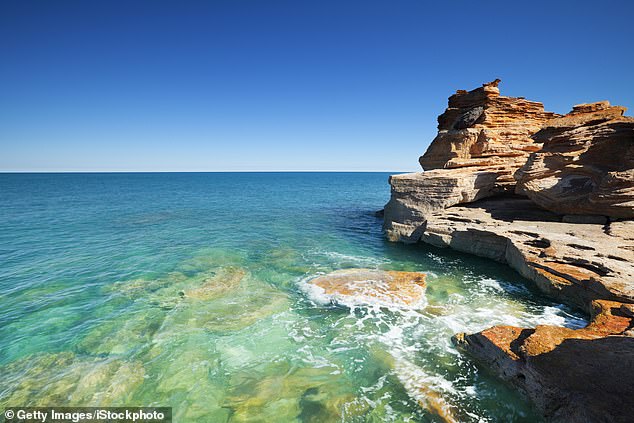