Rohingya in Bangladesh say they are still anxious about repatriation to Myanmar, despite the plan being put on hold. 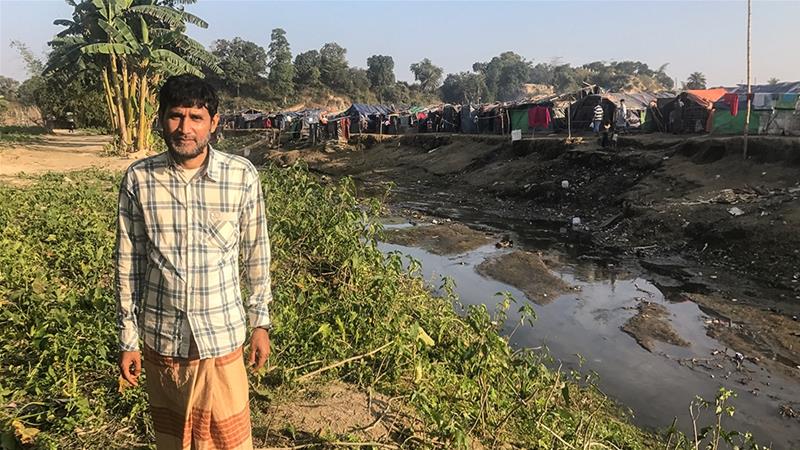 Cox’s Bazar, Bangladesh – Arif Ahmed felt somewhat relieved as he sat by a muddy body of water in no-man’s land along Bangladesh’s border with Myanmar.

The fate of the Rohingya refugee hung in the balance this week when a plan to repatriate members of the persecuted, mostly Muslim minority from Bangladesh to Myanmar’s Rakhine state looked like it may begin on Tuesday.

That plan has now been put on hold, but Ahmed and others living in this informal camp near the village of Gundum, less than a kilometre from his home in Myanmar, cannot stop thinking about their possible return.

“Bangladesh is not my motherland, Myanmar is my motherland,” Ahmed said. “If the situation calms down I want to return home, and with that hope, I’m staying here.”

Phone service in the camp is spotty, but refugees here regularly climb a nearby hill to get better connectivity. There, they stay on top of developments related to repatriation through Bangladesh and Myanmar government updates on social media.

“Every day after the evening prayer we go to the top of the hill and find out [what’s happening] through Facebook,” he said.

The refugees in this camp are just a fraction of the 650,000 plus Rohingya who have fled Myanmar over the past five months following a brutal military crackdown against their community.

But many here know they could be among the first to be repatriated because they live in ambiguous territory – no man’s land.

It’s a name that drips with irony. Despite having lived in Myanmar for generations, many Rohingya are denied legal recognition there and are commonly viewed as illegal migrants from Bangladesh. And, although the Bangladesh government says there are now more than one million Rohingya living within its borders, it too does not see the Rohingya as its own. When it comes to nationality, the men who live in this camp are literally without a nation.

The location of their camp comes with many complications. Aid agencies can’t access the camp directly and Bangladesh’s involvement is also limited. 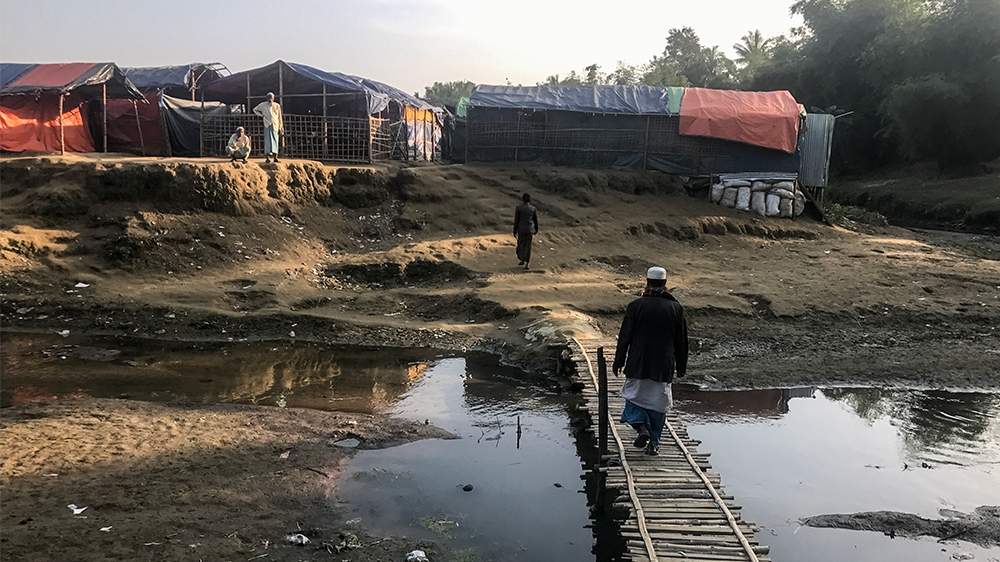 Still, they choose to continue living in no man’s land. And their hesitancy to move into Bangladesh belies a connection they still feel to Myanmar – the only country they’ve ever called home – despite the persecution they face there.

Ahmed is a man caught in between, both in terms of where he currently lives, and where he hopes to go. The United Nations has called Myanmar’s crackdown “a textbook example of ethnic cleansing”, and Ahmed was well aware of this reality, and how it makes returning home a distant idea.

“They are killing and firing at people, throwing children into fires alive, raping women. It is not a suitable place for anyone to live.”

Though it is now unclear when repatriation might begin, both Myanmar and Bangladesh say they are working towards it. The governments signed an agreement on the issue in November, and reports indicate 1,500 people would be moved across the border per week.

But humanitarian organisations have expressed major doubts over the plan’s logistics and worry that there aren’t enough safeguards in place to protect the Rohingya upon their return.

Rohingya who spoke to Al Jazeera agreed. Community leaders at a nearby camp voiced similar concerns over the weekend, issuing a list of demands for Myanmar to meet before willingly returning to the country.

These include the granting of citizenship, legal recognition of their community, and the return of their land.

Myanmar has said those who can prove residency in the country can return. But that’s much easier said than done, as a long history of Rohingya being denied access to meaningful documentation shows.

Ahmed and others who live in no man’s land showed Al Jazeera an array of official cards and papers they had been previously issued by Myanmar. But as they excitedly laid them out on a table, it became increasingly clear these documents will likely have little effect if repatriation occurs. None provide them with the citizenship rights they say they deserve, and at best offer temporary status in the country.

There’s one document that elicits particular emotion in the camp, the National Verification Card (NVCs) – identification given to people while the government decides if they’re entitled to citizenship – is seen by many to confirm the outsider status of those who have them. Those who don’t are happy to advertise it.

“It is for the foreigners only. If you want to stay in Myanmar and get Myanmar citizenship … then you apply for this card,” insisted Ahmed’s friend Dil Mohammed, who goes on to make it clear the Rohingya are different. “We are original citizens.” 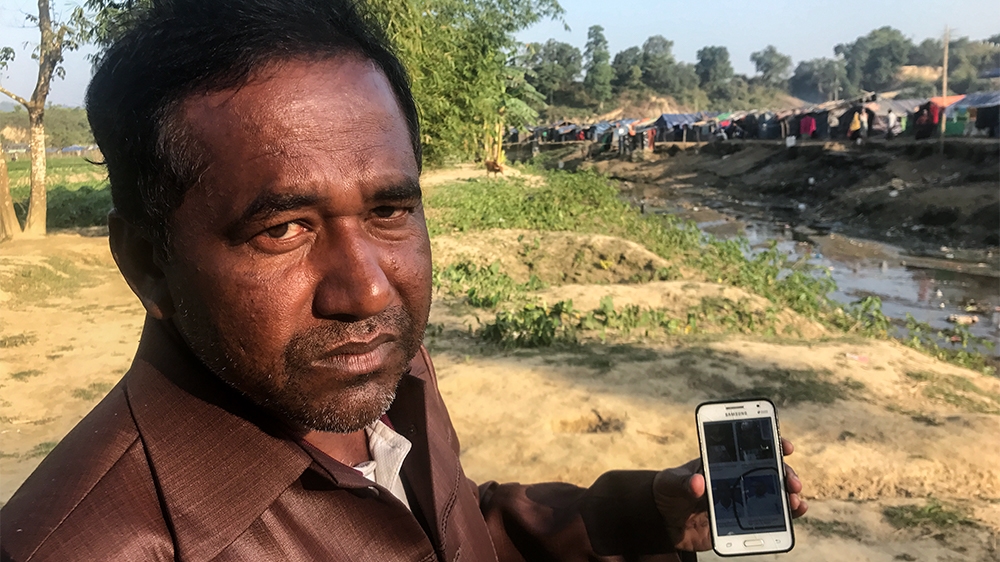 Mohammed says he has a different identification, known as a National Registration Card (NRC), which he believes would grant him legal recognition if he were to return to Myanmar.

But he is still afraid to return, especially after receiving a message earlier this month. It showed a photograph of his face on an image pushed online by the Myanmar government of alleged members of the Arakan Salvation Rohingya Army (ARSA).

The armed group’s attack on border posts in Myanmar in August prompted the military crackdown that drove the Rohingya to Bangladesh. When Mohammed saw the online post, which also claimed he was a part of the attacks, he couldn’t believe his eyes.

“It was very very bad… I was shocked. I don’t know ARSA. So why is the Myanmar government accusing me of being with ARSA?”

Ahmed listens closely to his friend’s story before adding a cynical note. 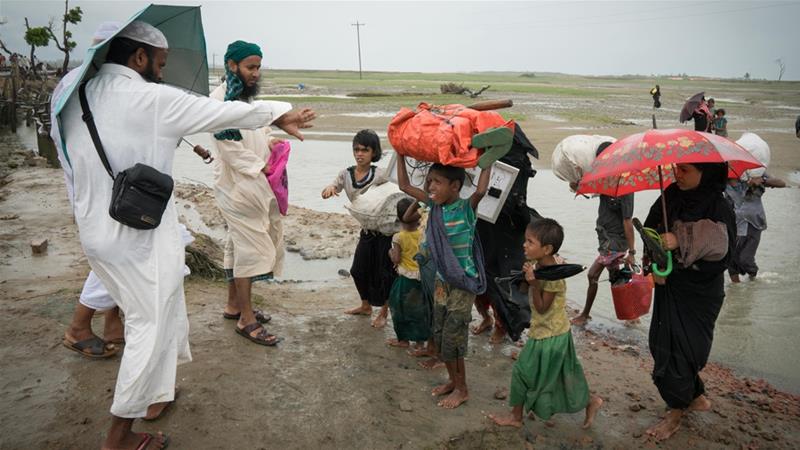