‘Everybody gets binned… live with it’: Judge tells man who bombarded ex-lover with texts and threatened to slit her throat to get over breakup as he spares him jail 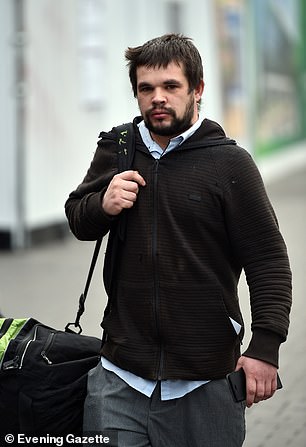 A man who threatened to slit his ex-girlfriend’s throat was told by a judge that ‘everybody gets binned’ and to ‘live with it.’

Michael Warren, 33, of Avondale Close, Grangetown, Middlesbrough, bombarded his former partner with calls, texts and on social media – described by the judge as ‘mental torture’ – after they split.

A court heard that the victim’s mother once contacted Warren through Facebook asking him to stop, but he ignored her pleas.

Teesside Crown Court on Friday heard that Warren shouted at his ex girlfriend that he would ‘slit her throat’ when they saw each other by chance at Middlesbrough bus station on the evening of June 2 last year.

She was so scared she called a friend and got on to a different bus to the one she was waiting for, just to get away.

While on that bus, Warren stared through the window and ran a finger across his neck.

She said he had been violent and controlling in their year-long relationship, once threatening her with a knife, the court heard.

While on that bus, Warren stared through the window and ran a finger across his neck.

She said he had been violent and controlling in their year-long relationship, once threatening her with a knife, the court heard.

She later described herself as depressed and fed up in a statement, saying she wanted to move on in her life but Warren would not let her.

Warren, of Avondale Close, Grangetown, admitted harassment between May 8 and June 10 last year, and making a threat to kill.

He was given a 22-week jail term suspended for two years with 150 hours’ unpaid work, 20 days’ rehabilitation activity and a five-year restraining order banning him from contacting his former partner. 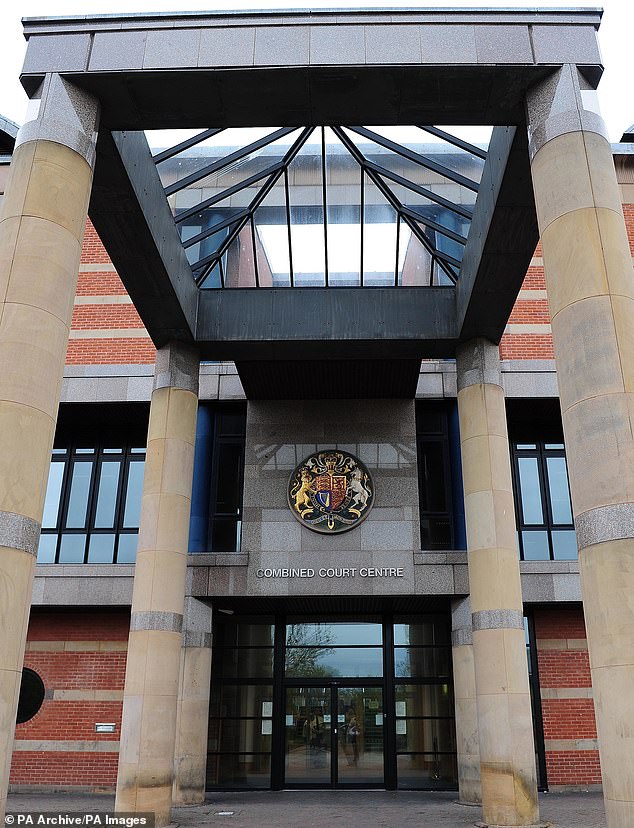 He had previous convictions for robbery and arson in 2010, and an assault leading to a restraining order in 2015.

Paul Newcombe told the court that the constant calls and texts were ‘constant and the complainant described them as a barrage of contact.

‘Following up this unpleasant tirade by shouting he would slit her throat.’

Andrew Turton, defending, said: ‘It was an outpouring of emotion, perhaps tinged with an element of mental health issues, which are now being addressed in the form of medication.

‘He had deep regrets at the relationship ending and had invested time and emotion in that.’

‘It will be some little comfort to the complainant that he is over it, as he describes. ‘The relationship is over. He’s moved on and hopefully the complainant can move on as well.’

He said the threat was remote and not to be followed through.

Judge Sean Morris told Warren: ‘You got yourself into a relationship and when it ended you just wouldn’t let it lie, if I can put it that way.

‘It’s a form of mental torture. And when you saw her at a bus station you made a very nasty threat.’

He referred to a pre-sentence report, which said there was little to suggest Warren intended physical harm and he might have a learning disability.

He told Warren: ‘You’d better assure me it’s over.’

The defendant said ‘yes’ from the dock and the judge replied: ‘Everybody gets binned. Live with it.’