Top lawyers slam legal system after speedboat killer gets £100,000 in legal aid to appeal his manslaughter conviction – despite being on the run 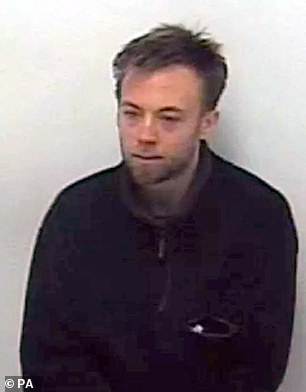 Critics last night demanded an overhaul of the legal aid system amid growing fury at Jack Shepherd’s ability to milk taxpayers for cash while on the run.

A former Solicitor General led calls for the rules to be torn up after the fugitive killer was awarded nearly £100,000 in legal aid.

From his hiding place, Shepherd is using the public’s money to direct his solicitors on preparing his appeal.

The 31-year-old was jailed for six years in his absence last year for drunkenly flipping a speedboat on the Thames while showing off to his date, Charlotte Brown, 24.

Lord Garnier QC, a former Solicitor General, told the Daily Mail: ‘Public money is there to assist the impecunious to be represented in court, and it is beyond cynical for this man to abscond from justice and then demand public money to achieve what he thinks is justice.

‘If the legal aid rules permit a man on the run, who did not even attend his trial, to receive legal aid …then the rules need to be changed.’

Shepherd’s lawyers, Tuckers Solicitors, insist they have no choice but to obey their client’s instructions because he was granted an appeal by a judge and awarded legal aid. 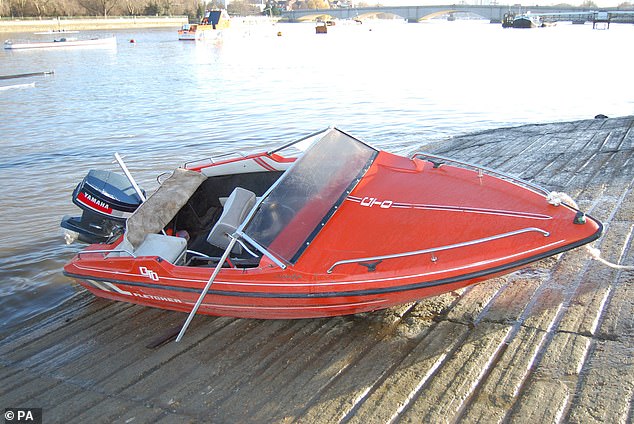 The Legal Aid Agency, an arm of the Ministry of Justice, made the decision to hand Shepherd the money. He apparently fulfilled all the necessary criteria – and a loophole means there is nothing in the rule book that says a fugitive cannot receive legal aid.

Politicians have branded the rules ‘an ass’ and have backed calls for an overhaul.

Lord Tebbit, a former Conservative Party chairman, said: ‘Put simply, he should not be allowed to claim from the legal aid system while committing an act of illegality.’

Conservative MP John Howell, a member of the Commons justice select committee, said: ‘It seems he is making a mockery of the legal system. This would seem to be a good example of how there does need to be a tightening of the rules.’

The was jailed for six years in his absence last year for drunkenly flipping a speedboat on the Thames while showing off to his date, Charlotte Brown (pictured), 24

Miss Brown’s grieving family have questioned why their daughter’s killer is entitled to legal aid when he was too cowardly to even attend his trial. He has never offered them any apology or sign of remorse.

The Legal Aid Agency argues it is just following its rule book. The financial assistance was introduced to ensure those unable to afford a lawyer were represented in court.

A panel assesses each application for legal aid on a list of criteria, such as how much money a defendant has. But nowhere on the application does it ask whether they have absconded from justice.

A Ministry of Justice spokesman said: ‘Mr Shepherd’s decision to abscond is cowardly and cruel. He will face the consequences of this decision when he is caught.

‘It is a vital principle of our criminal justice system that a conviction can be appealed and it is only right that legal professionals are paid.’

But Whitehall sources acknowledged the system could be improved. One said the current rules meant ‘you could essentially be on the moon’ and still get funding.

Another senior Government figure suggested that the very fact Shepherd appeared to have found money to abscond suggested he could be defrauding the legal aid system.

The source said: ‘He would only get full legal aid if he was not working. So if there is there anything that he hasn’t declared to the Legal Aid Agency – particularly unexplained income – he could be guilty of fraud.’

The Government source added: ‘The solicitors may say he has been instructing them by email, and the actual content of their correspondence is covered by legal professional privilege, meaning it cannot be disclosed to the police.

‘Solicitors would have the option of deciding their client isn’t being cooperative, which means that the legal aid certificate would be revoked.’