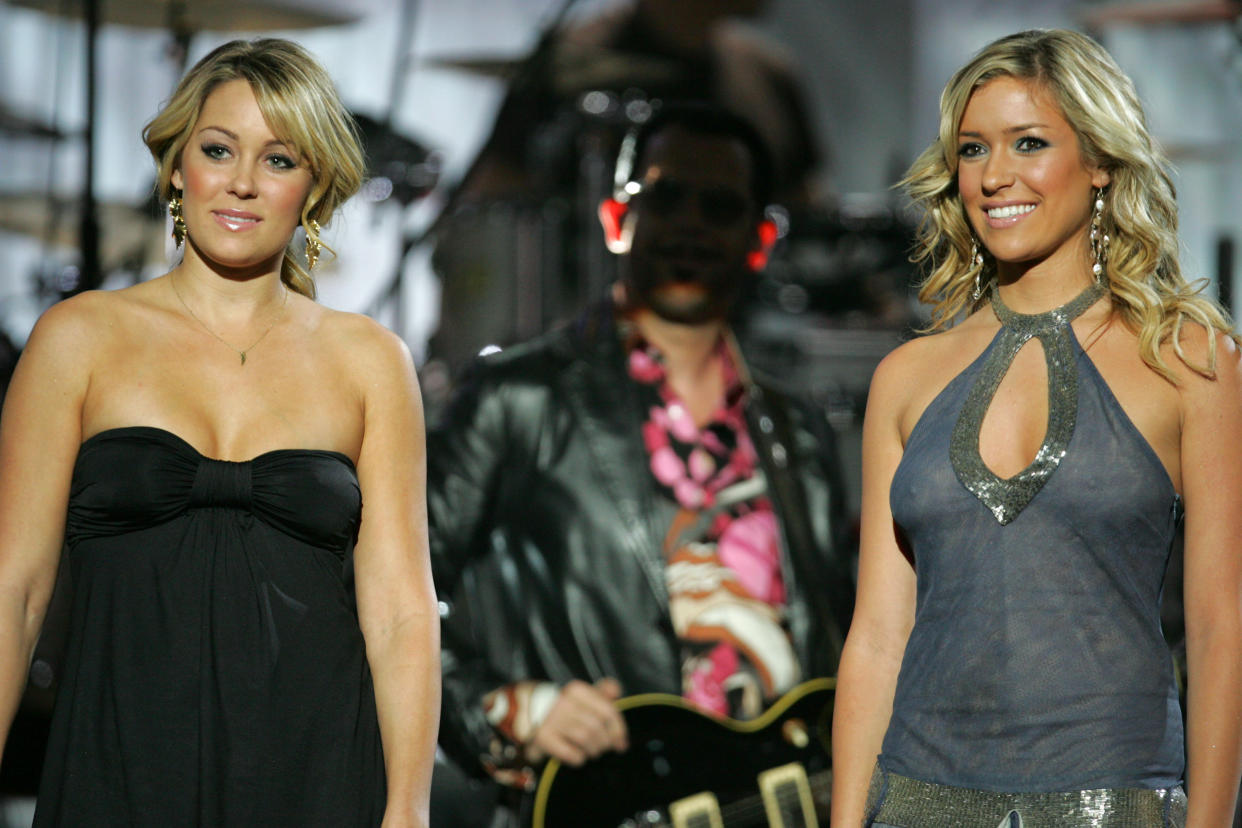 Conrad (finally!) appeared on Back to the Beach, the Laguna Beach rewatch podcast that Cavallari and Stephen Colletti launched earlier this year. The MTV reality show catapulted the trio to fame in 2004 thanks to their embellished love triangle. On Tuesday's podcast, Cavallari and Conrad apologized for calling each other "sluts" on national television.

"My biggest regret, [rewatching it] … I called you a slut," Conrad, 36, said on the Dear Media podcast, referring to the infamous Cabo episode. "I'm so sorry."

"I couldn't believe I did that," Conrad continued. "Because I think where I'm at now, I would never call another woman that, or girl."

"I feel the same," Cavallari agreed.

Conrad called the scene "the most embarrassing moment." Cavallari clearly accepted Conrad's apology and had a mea culpa of her own.

"I called you a slut in a later episode," Cavallari admitted, "and I was going to apologize to you also."

"I was so embarrassed," Conrad added.

"I said some really dumb stuff. When I watch it now, I wasn't confident at all," Cavallari shared. "I was actually so insecure."

"And I took it out on you in a lot of ways," Cavallari continued. "And so I am sorry for that because I said some horrible things."

"We were not great!" Cavallari laughed.

Conrad admitted she had some hesitation about joining her former classmates on the podcast because she didn't want to rewatch the show. After declining their invitation she eventually changed her mind.

"I listened to your guys's pilot and I thought you did a really nice job," Conrad explained.

Watching Laguna Beach back, Conrad had a take that might surprise viewers: She was rooting for Colletti and Cavallari.

"I think one of my takeaways from looking back is I'm like, 'It's really sweet,'" she said of their romance. "You guys were in love and you had a relationship … Who wasn't cheering for that?"

Cavallari laughed, "I think most people were cheering for you [and Stephen] back in the day."

There were a lot of apologies in the 40-minute episode as Colletti told Conrad he was sorry she got swept up in his and Cavallari's "little hurricane of a relationship."

"It's just so funny to me, but the fact that the girls go after each other when it should be the guy," Cavallari interjected.

"Hindsight's 20/20," Cavallari noted, saying if she could go back she would have "directed a little bit more at" Colletti than Conrad.

"You did. It just wasn't on camera," Colletti laughed.

MORE: Stephen Colletti apologizes to Kristin Cavallari for calling her a slut