As mortgage rates rise and home prices remain high, homebuyers are increasingly pushed out of the housing market. Latino buyers are among those especially hit hard, according to one expert.

“We have an affordability crisis,” Gary Acosta, chief executive of National Association of Hispanic Real Estate Professionals (NAHREP), an industry group aimed at advancing Hispanic homeownership, told Yahoo Finance ahead of the L’ATTITUDE event, a Latino business conference in San Diego last month. “It is a very, very tough time for first-time homebuyers and it's going to be tough for probably the better part of a year, and even more so for the Latino community."

In addition to facing higher borrowing costs and low inventory, Latino buyers are largely first-time buyers who haven't built up as much as wealth as their white counterparts, Acosta said.

"Even though Latinos have the highest workforce participation rate in the country there's still a substantial wealth gap," Acosta said, "which means Latinos don't have a lot of money for down payments."

That makes it harder to qualify for a mortgage when rates keep rising at a quick clip. The rate on the 30-year mortgage increased by more than one percentage point in September alone, hitting 6.7% last week, the highest level since October 2007, according to Freddie Mac. 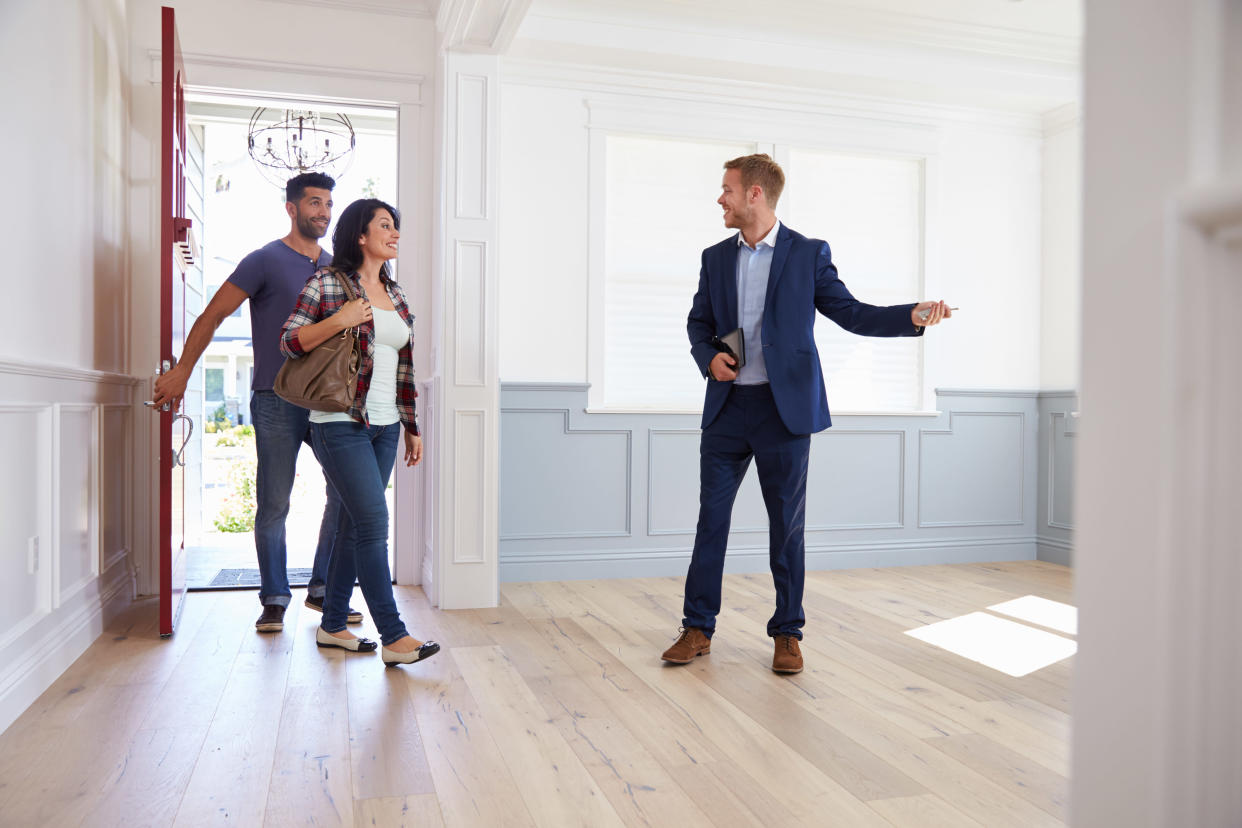 Across the housing landscape, a lack of inventory has been a stubborn concern because there hasn’t been enough homes to meet demand. The short supply has prompted bidding wars, waived contingencies, and soaring home-price appreciation.

But while rising mortgage rates has slowed home price growth and inventory has recently improved, it's not enough, Acosta said.

“We have just too few homes that are available for sale in the marketplace, and that's occurred for a number of years now," Acosta said. "The affordability issue has been exacerbated with higher interest rates, but I do believe that in the long run those things tend to balance themselves out.”

Nationally, existing home sales fell for the seventh straight month in August as rising mortgage rates continue to sideline potential home buyers. Meanwhile, Zillow Group is forecasting that home sales drop to 5.1 million in 2022, which is a lower estimate from the 5.3 million existing home sales a month earlier, marking a 16.4% decrease from 2021.

On the home loan side, Bank of America recently launched a new mortgage product that would allow first-time homebuyers to purchase a home with no down payment, no mortgage insurance, and zero closing costs.

The new program is geared toward first-time homebuyers, including in designated neighborhoods in Charlotte, Dallas, Detroit, Los Angeles and Miami. Applicant eligibility will be based on such factors as timely payment of rent as well as phone, auto insurance and utility bills.

Download the Yahoo Finance app for Apple or Android