SAN ANTONIO — Paul Ortiz was a terrible student ready to drop out of high school his senior year — until a teacher gave him a list of books that he wouldn’t find in the school library.

They were books with sexual situations, profanity and hot-button topics, books like John Steinbeck’s “The Grapes of Wrath” and Sylvia Plath’s “The Bell Jar.”

That they were banned “is the thing that turned me on,” said Ortiz, an author and a history professor at the University of Florida. 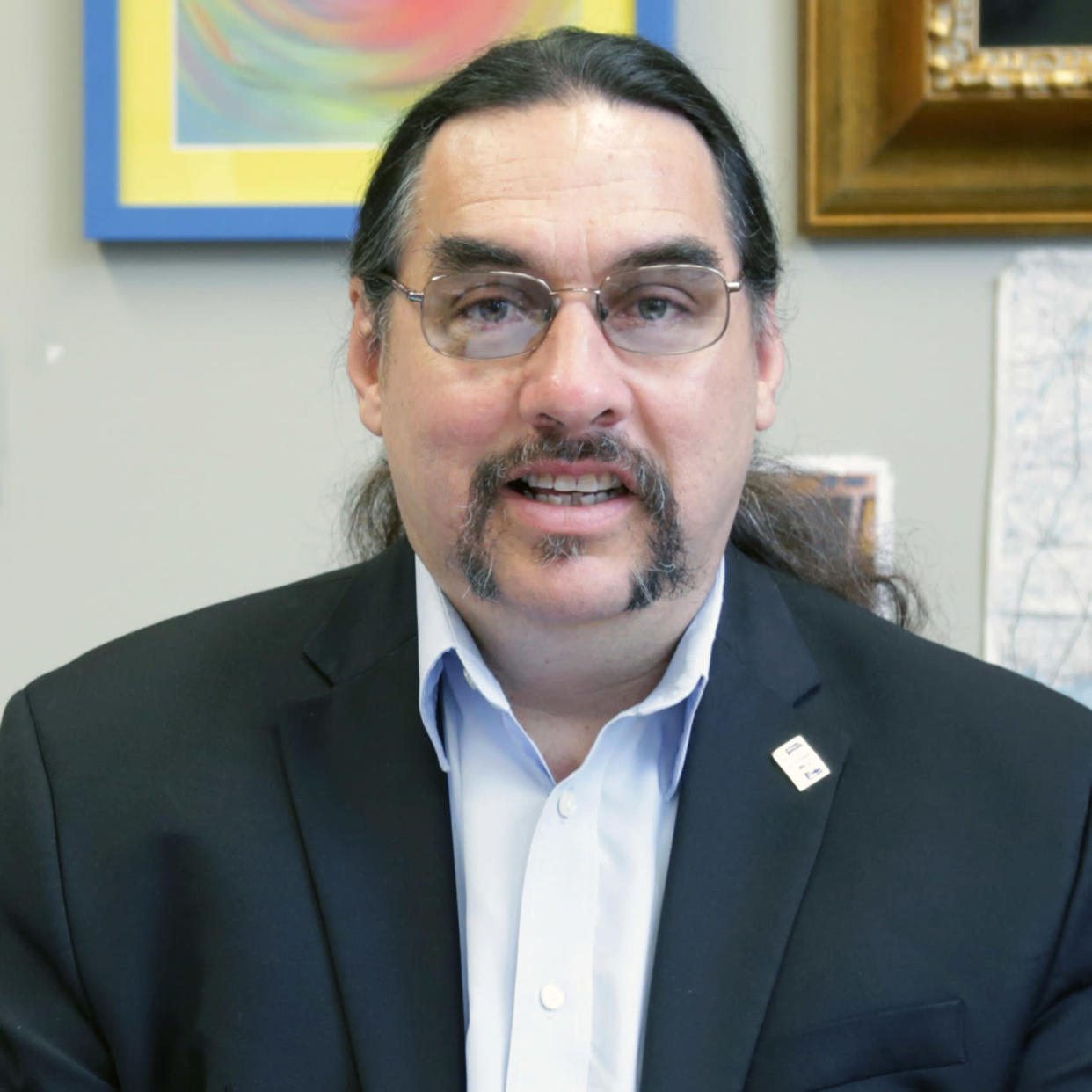 Now his award-winning book, “An African American and Latinx History of the United States” is on a list of hundreds of books that Texas Republicans and conservatives have been removing from school libraries and classrooms or challenging as potentially unsuitable for young minds. The list, compiled by a Texas Republican lawmaker, includes books on race, sexuality, abortion and other subjects.

Ortiz’s book and the other titles have become a catalyst for the first book-ban caravan and march in a decade, scheduled to take place in Austin, the Texas capital, on Friday and organized by the Librotraficante (book trafficker) movement, which was formed after Arizona banned Mexican American studies in 2010.

Writers, artists and activists as well as supporters from the Texas League of United Latin American Citizens (LULAC), the nation's oldest Latino civil rights organization, will drive from San Antonio and Houston to Austin, where they will stage a “March for Cultura” along Cesar Chavez Street and then rally at the Capitol.

Their protest could be the most visible book-ban pushback organized by Latinos so far.

Librotraficante founder Tony Diaz said the caravan and march are not just a response to the latest book ban. 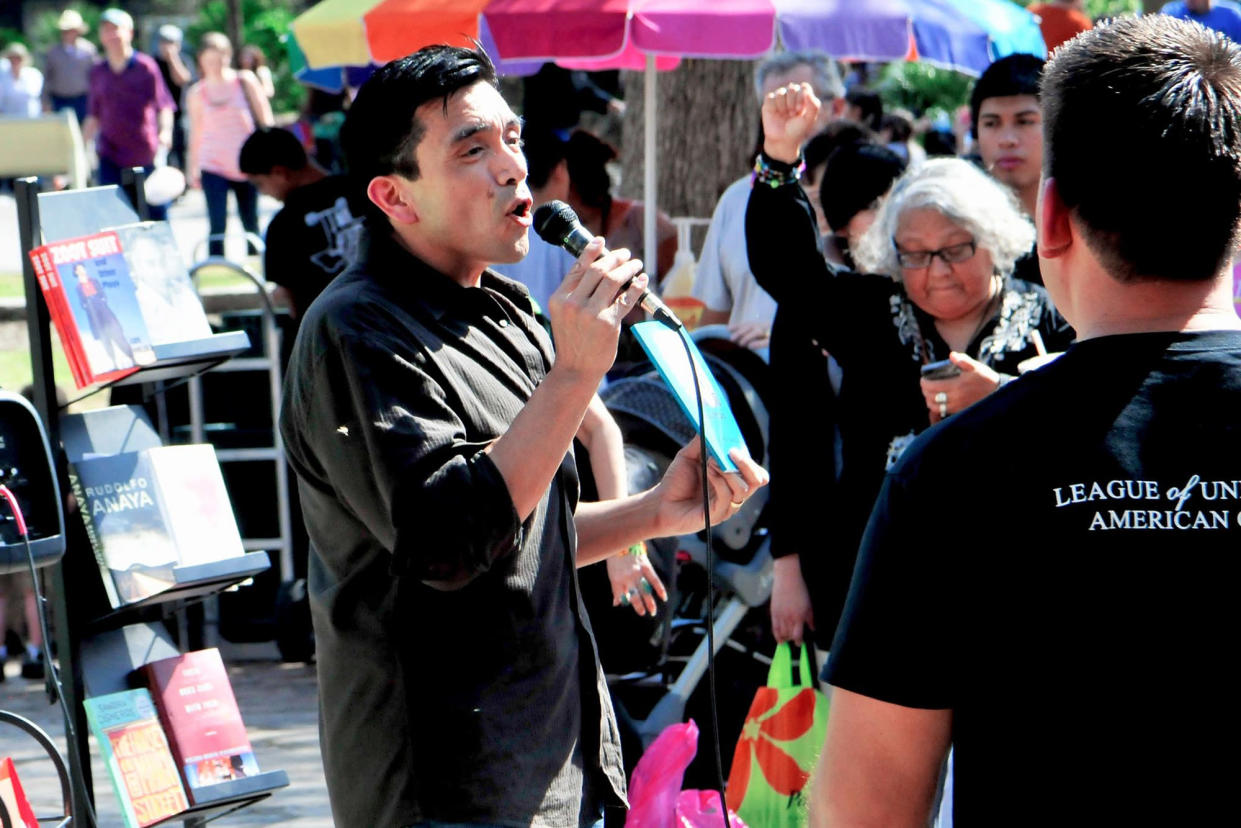 “We want these books in the classrooms, so people are uniting for that. This is not going to be one-shot deal,” Diaz said.

Several of the books targeted in Texas are LGBTQ themed or were written by LGBTQ authors, some of whom are Latino. The bans have occurred amid an ongoing anti-LGBTQ movement in the country.

Attempts to pull the books exacerbate the invisibility many Latino authors, scholars and activists say they struggle with within the country's largely white-Black construct. This persists despite many Latinos' deep roots and history — even before the establishment of what is now the United States.

“It took us years, decades of struggle to even be able to get Chicano, Mexican, Puerto Rican, Cuban, any of those histories into our schools,” Ortiz said, noting unsuccessful attempts in the 1930s, the 1960s' Chicano blowouts and ethnic studies movements.

“My concern is, we have forgotten,” he said.

“We are not on enough lists at all. We are invisible to most literary lists,” said the award-winning author Dagoberto Gilb, who took part in the Arizona Librotraficante movement after his works were banned. Having been on a banned list, Gilb said he supports the authors of the latest book-ban campaign.

Arte Público Press, the nation's oldest Hispanic publishing house, has donated a box of books by Gloria Velásquez to the Librotraficante caravans, which will be donated to nonprofits, including one that operates a mobile library, helping Librotraficante build a string of “underground” libraries where banned books can be found. 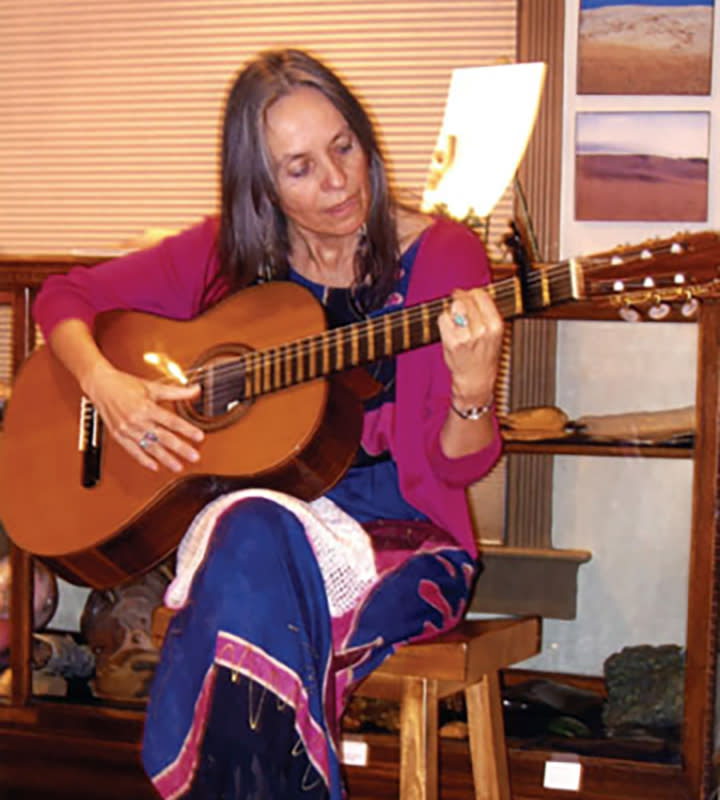 Velásquez’s book “Tommy Stands Alone,” part of her Riverside High School series, is among the hundreds of titles targeted in Texas and has been banned in the past. Her book, she said, is an homage to her cousin, Stevie, who lived with and died of AIDS. She said she recently experienced the importance of her character’s Latino voice in the LGBTQ community.

Just before the pandemic, Velásquez said three boys came up to her after a talk she gave at a school and asked for her autograph.

“There’s this little boy, this little Chicanito and he’s hugging 'Tommy Stands Alone,'” and he tells me, 'This is the book I want you to autograph,'” Velásquez said. Later, from a teacher she learned that the young boy’s migrant parents would not accept that he is gay and "don’t want him to speak about it.”

The last time her book was banned, in the 1990s, Velásquez was speaking in Colorado to a classroom and was warned not to use the word gay, which led to a protest against the school by LGBTQ advocates.

In this latest challenge to books, Texas Gov. Gregg Abbott told state called for standards to prevent children from being “exposed” to books he labeled as “pornographic” or as containing “highly inappropriate content.”

'They are just people'

The award-winning author Benjamin Alire Sáenz said he's impervious to book bans, but worries about their effect on unpublished authors.

Sáenz’s book, “Aristotle and Dante Discover the Secrets of the Universe,” is also on Texas’ list and has been challenged or banned in the past. “Hamilton” creator Lin-Manuel Miranda reads the audio version of the book and its sequel.

The young adult book was a New York Times bestseller and has won multiple awards. Sáenz described the book as a tender, gay love story with two Mexican American characters. The tenderness is why conservatives dislike the book, "because they are such tender books it's hard to hate them," he said.

"I portray Latinos and my characters, I normalize them. They are just people," he said.

"It's not just gay people who read these books and it's not just queer people who write to me," he said. "It's straight young people. It's people who are going through this time in their life and they are getting to know each other."

The book also is about parents, who are good parents and families but who make mistakes, but still love their sons and support them, he said.

Sáenz said his books offer atypical representation of Latinos. In his book, a father is a poet and a mother is a therapist, or they are a high school teacher and a mailman who are big readers.

The banned book, with themes of family, faith and love, "is about everything conservatives say they are about," he said.

He has another book in the works, "The Secret to Attracting Hummingbirds."

Book banners have lost the war, but keep trying to fight a battle “to return us to an idea of America that never existed," he said.

“They can’t silence us. They can try to silence us, but it's futile,” Sáenz said. “They spend all this energy trying to ban us, and yet most libraries will refuse to ban us and then every year they will celebrate us by having banned books week.”