Labour tears itself apart over election disaster: Emily Thornberry is accused of swiping that Brexit voters are ‘stupid’ as furious ex-MPs warn the next leader can’t be ‘Jeremy Corbyn without a beard’

Labour is tearing itself apart over the election disaster today as Emily Thornberry was accused of swiping that northern Brexit voters are ‘stupid’.

The battle for the soul of the party has turned nasty in the wake of the extraordinary drubbing at the hands of the Tories.

Senior figures raged that Jeremy Corbyn is ‘in denial’ for arguing that his hard-Left platform was to blame for Labour’s worst performance since the 1930s.

Instead he said media attacks and Brexit were responsible for the rout and 80-strong Tory majority in Parliament.

In a brutal verdict on her former colleagues this morning, Caroline Flint – who was ousted from her Don Valley seat in the rout – warned that the next leader cannot be ‘Corbyn without a beard’. 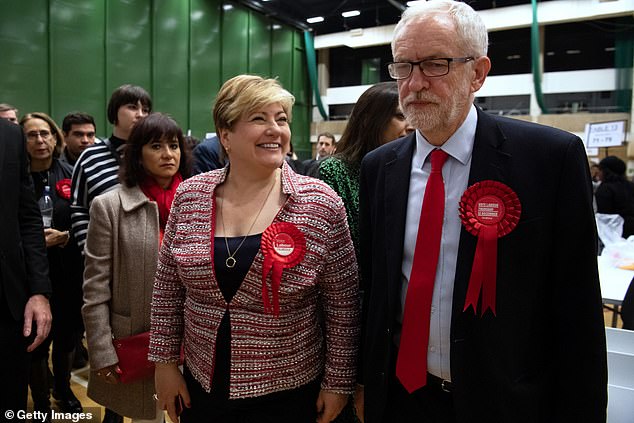 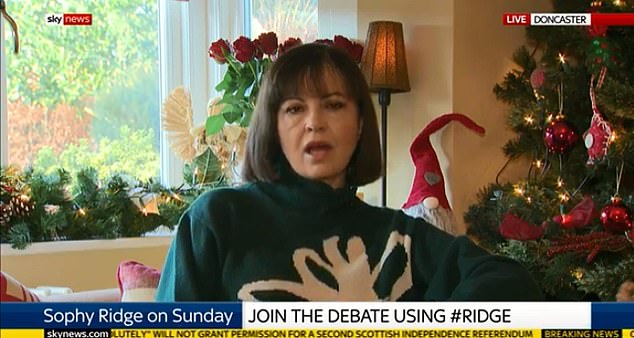 The ex-minister insisted no-one who had a hand in the muddled Brexit policy, which called for a renengotation followed by a second referendum in which Mr Corbyn would stay neutral, should be in the frame to take charge.

Ken Livingstone said Jeremy Corbyn, whose party was dramatically put to the sword by the Tories, was persecuted for being a ‘genuine Socialist’

Jeremy Corbyn did not make any major mistakes in the catastrophic election campaign and simply fell victim to a ‘vile smear campaign’ over anti-Semitism, Ken Livingstone claimed today.

The former London mayor said Mr Corbyn, whose party was dramatically put to the sword by the Tories, was persecuted for being a ‘genuine Socialist’.

Mr Livingstone dismissed fury among the Jewish community at the wave of abuse within Labour’s ranks after Mr Corbyn became leader, insisting only ‘one 20th of one per cent’ of members had ‘tweeted or said something anti-Semitic’.

And he said he was ‘glad’ Jewish MP Luciana Berger quit the party and joined the Lib Dems after being hounded by racists, as she was not ‘really Labour’.

The extraordinary defence, in an interview on Sky news, came after Mr Corbyn was humiliated in the election on December 12, as Boris Johnson swept Labour’s northern strongholds to win a majority of 80.

‘He led us down the path of a second referendum.’

On Mrs Thornberry, Ms Flint revealed: ‘She said to one of my colleagues, ”I am glad my constituents are not as stupid as yours.”

‘I am sorry, that is not acceptable.’

Meanwhile, potential leadership candidates have been gearing up for a tilt at the party’s top job.

However, Wigan MP Lisa Nandy revealed she is ‘seriously thinking about’ whether to launch a bid – and could be backed by moderates.

‘I am seriously thinking about it,’ she told the BBC’s Andre Marr Show. ‘The reason I am thinking about it is because we have just had the most shattering defeat, where you really felt in towns like mine, that the earth was shaking.’

Mr Corbyn has doubled down on his support for Labour’s wildly left-wing policies despite the party’s spectacular election defeat.

The outgoing opposition leader grudgingly shouldered some personal responsibility for the catastrophic collapse in votes, but used two newspaper columns to pin the blame on Brexit and the media.

Labour suffered its worst performance at the polls since 1935 after Boris Johnson reduced the party’s Red Wall of traditionally northern strongholds to rubble.

While accepting the result was ‘desperately disappointing’, Mr Corbyn said he was ‘proud’ of the radical anti-rich and spending spree platform he stood on during the campaign.

Insisting his tax-hiking government blueprint was popular, he wrote in the Observer: ‘I am proud that on austerity, on corporate power, on inequality and on the climate emergency we have won the arguments and rewritten the terms of political debate.

‘But I regret that we did not succeed in converting that into a parliamentary majority for change. 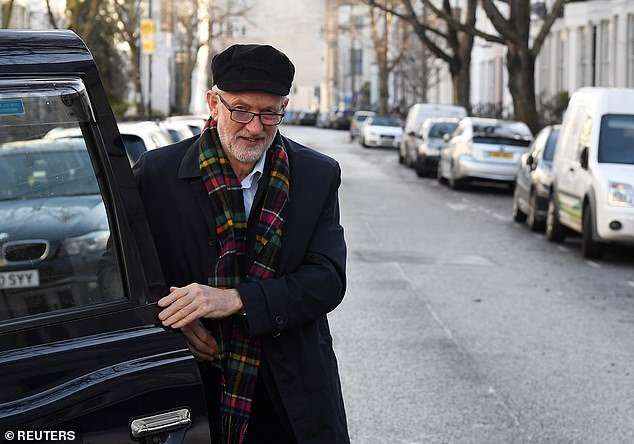 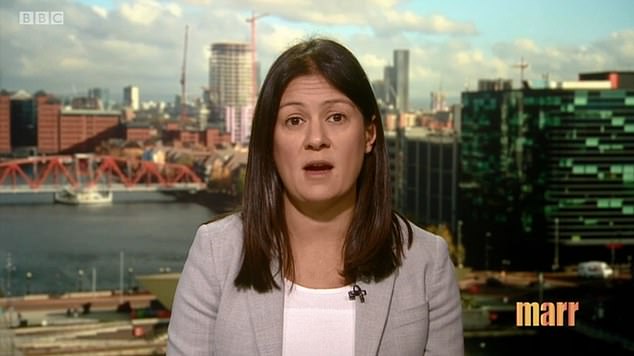