The policy announcement will be seen as an attempt to counter Boris Johnson’s ‘Global Britain’ drive as Sir Keir tries to rejuvenate his leadership after the party’s narrow victory in the Batley and Spen by-election. 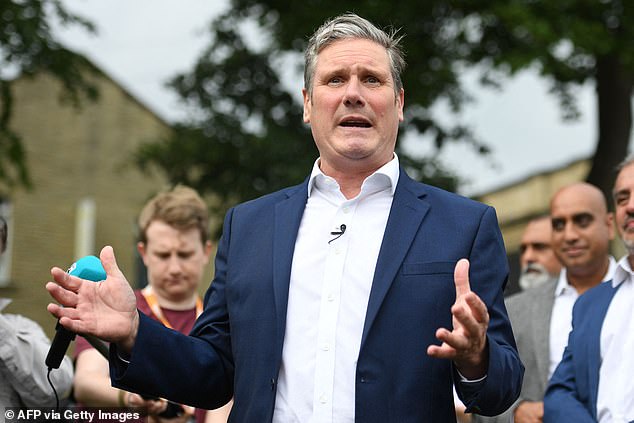 Public sector bodies would also face a legal requirement to disclose how many contracts they have awarded to domestic firms.

A review of major infrastructure projects like HS2 would also be undertaken to determine whether more of the required materials could be sourced in the UK.

The plan was confirmed this morning by shadow chancellor Rachel Reeves who denied it would involve ‘leaning on’ companies to offer contracts to British firms purely because they have a Union flag on their website.

She told Sky News: ‘You can look at the plans of the businesses bidding for that contract to see what impact it would have on the wider UK economy, what strategic value a bid has.’

Ms Reeves continued: ‘If it is creating jobs in this country – high-skilled, well-paid jobs and apprenticeships – and that means that we’re building up that skill set so we can export around the world, those bids should get more weight than bids that are creating no jobs, no skills and no investment in this country.’

She insisted that the policy was not about excluding foreign companies from competing in Britain, adding: ‘Like in France and like in the United States, we would take into account the social impact of any public procurement.’

The shadow chancellor added: ‘It wouldn’t be me a chancellor leaning on public bodies to award contracts, what it is about is changing the procurement framework, so you can take into account labour standards, job creation in this country and environmental standards as well.’

Ms Reeves said the plans would help to get the British economy ‘firing on all cylinders’. 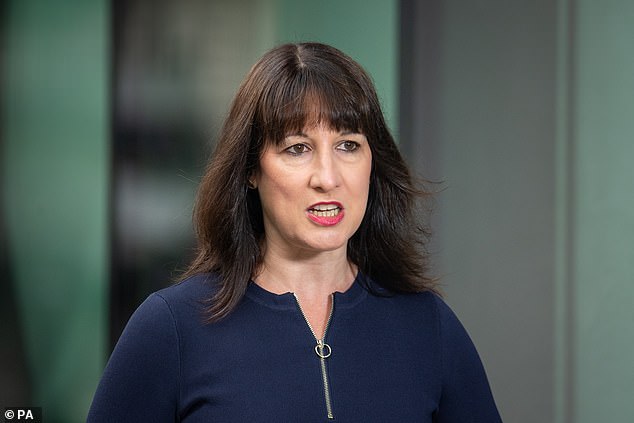 Sir Keir has been criticised by some in Labour for failing to spell out to voters what he stands for.

Simon Fletcher, a former adviser to the leader, said Sir Keir had suffered from a ‘lack of definition’ and that he must paint in ‘much more primary colours’ if he is to win over voters.

Labour figures believe that a bold offer on the economy will be key to the party’s hopes of winning the 2024 general election.

The new policy will be seen as an attempt to counter to Mr Johnson’s ‘Global Britain’ approach amid fears trade deals targeted by the PM could see UK firms and industries lose out.