Retired electoral commissioner Phillip Green has given evidence that a newly elected Labor councillor is likely the only candidate who could have benefited from fraudulent votes in October’s tainted election in Moreland.

However, Mr Green, who was ACT electoral commissioner for 23 years, said there was no evidence before him that Milad El-Halabi rigged the election in the north-west ward.

The Age is not suggesting that Mr El-Halabi is involved in any wrongdoing. 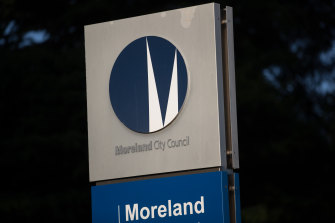 The VEC is trying to establish how tainted the election was in the north-west ward of Moreland City Council.Credit:Jason South

The Victorian Electoral Commission called in police in October after it emerged that hundreds of ballot papers in the north-west ward of Moreland, which covers parts of Melbourne's north including Glenroy and Pascoe Vale, had been removed from letterboxes, filled in fraudulently and then posted to the commission.

The commission also referred the matter to the Victorian Civil and Administrative Tribunal, asking it to have that ward's election result declared void. 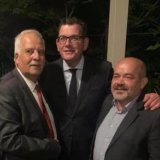 In documents filed with the tribunal on Wednesday afternoon, Mr Green wrote that he was asked to assume that of 35,417 formal votes, 400 were fraudulent.

“It is not possible to assert that the inclusion of these votes did actually alter the result as the possibly tainted votes are not separately identifiable. Whether this is sufficient to declare the election void is a matter for [VCAT] to decide.”

Mr Green went on to say that of four candidates elected to the north-west ward, Mr El-Halabi’s election in the fourth position was the most likely to be the result of fraud.

“It is also relevant to note that, while the election of candidate El-Halabi is the one that is most likely to have been affected by the tainted votes, there is no evidence that I have been provided with that indicates who was responsible for submitting the alleged fraudulent votes.

“Given the generally anonymous nature of this type of fraudulent voting, it is possible that this may never be determined.”

Handwriting expert Neil Holland analysed the signatures of 1859 votes, although he acknowledged his assessment was hindered by the fact the documents he was given were scanned PDFs.

Of the votes he assessed, Mr Holland concluded 1167 were genuine votes, 331 showed a “departure” from the voter’s usual signature, and for 348, searches found no record of standard signatures in voting databases to cross-check signatures against. Another 13 either carried no signature, or someone else had signed on the intended voter’s behalf.

Mr Holland cautioned that some differences might be due to a voter’s age, medicine or other factors. 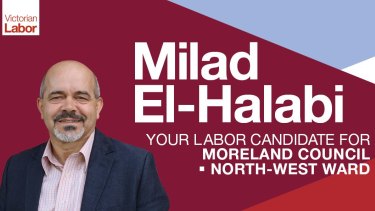 In her affidavit, Elizabeth Williams, the deputy commissioner of the VEC, said that 208 people in the north-west ward were listed as having voted twice in the October election. That is well above the norm, which is closer to the 35 people in the north-east ward and 32 in the south ward.

Ms Williams said VEC officers were tipped off after a voter contacted the Moreland election office on October 23 asking for a replacement ballot, even though they were already listed as having voted.

The VEC was due to serve its evidence on Monday but requested a two-day extension because of the volume and complexity of its work.

Special counsel Janine Hebiton, from the Victorian Government Solicitor’s Office, which is acting for the VEC, said there was prima facie evidence that there was “a systematic and widespread attempt to interfere” with the election but that the extent of its impact had not yet been established.

In documents tabled with VCAT, she said the VEC planned to seek orders to obtain a random sample of voter declarations to get another comparison from a handwriting expert.

The matter is expected to return to VCAT for another directions hearing next week.

The police investigation is continuing.