‘We MUST stay the course’: Kwasi Kwarteng will tell Tories his controversial plan is the only way to stop UK’s ‘managed decline’

The Chancellor will today insist his plan for economic growth is the right one.

In a crucial speech, Kwasi Kwarteng will tell delegates at the Conservative Party conference in Birmingham: ‘We must stay the course.’

Amid alarm at the scale of his tax cuts, he will say that a new approach was desperately needed to stop Britain falling out of the ranks of the top developed nations.

And he will promise an ‘iron-clad commitment to fiscal discipline’ after markets took fright at the lack of an immediate plan to fund his plans and absence of independent scrutiny of his mini-Budget. 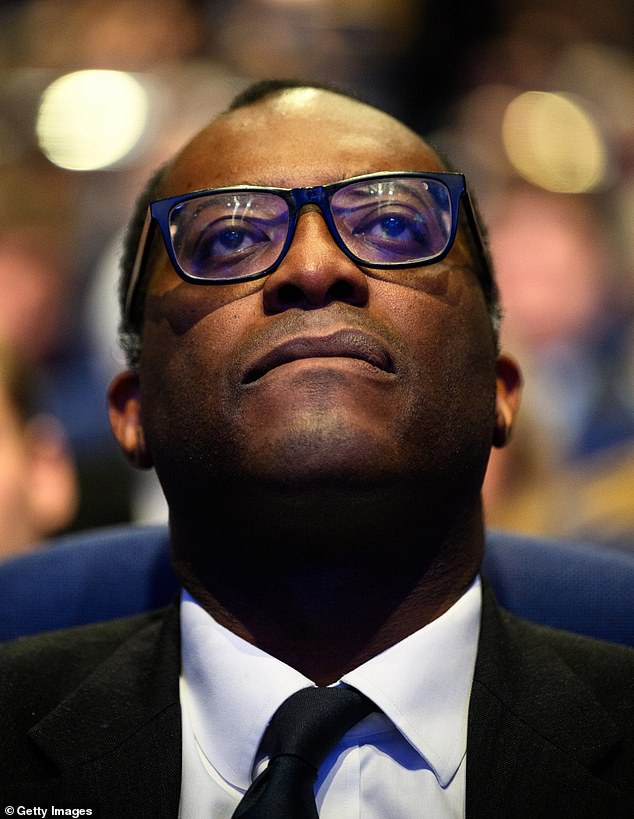 In a crucial speech, Kwasi Kwarteng will tell delegates at the Conservative Party conference in Birmingham: ‘We must stay the course.’

Mr Kwarteng is expected to say: ‘We must face up to the facts that for too long our economy has not grown enough. The path ahead of us was one of slow, managed decline. And I refuse to accept that it is somehow Britain’s destiny to fall into middle income status, or that the tax burden reaching a 70-year high is somehow inevitable.’

Pledging that his approach will deliver higher wages, more jobs and revenue to fund public services, he will declare: ‘We must stay the course. I am confident our plan is the right one.’

Mr Kwarteng will tell the party faithful that the combination of skyrocketing energy bills, a 70-year high tax burden and ‘painfully slow’ building projects would cost livelihoods and communities. Instead, he will claim that his ‘new economic deal for Britain’, targeting 2.5 per cent GDP growth a year, will lead to a stronger NHS and better schools. 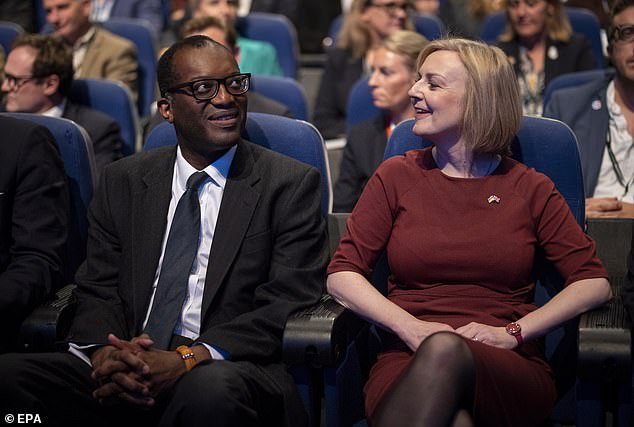 And he will insist his goal is still possible in the face of ‘extreme volatility in global markets’ and major currencies ‘wrestling an incredibly strong US dollar’ – countering criticism that Britain alone is suffering economic turmoil.

Yesterday the fallout from the Chancellor’s dramatic tax-cutting announcements ten days ago continued as it emerged he had attended a champagne reception with leading bankers, hedge fund traders and stockbrokers just hours afterwards.

Mr Kwarteng went to the Chelsea home of Tory donor Andrew Law on the night of his Commons statement, where wealthy guests encouraged him to keep going with his proposals, The Sunday Times revealed.

At least two leading hedge fund bosses described the Chancellor as ‘a useful idiot’ after the reception.

Some attendees might have profited from the fall in the pound following the mini-Budget, the paper reported. 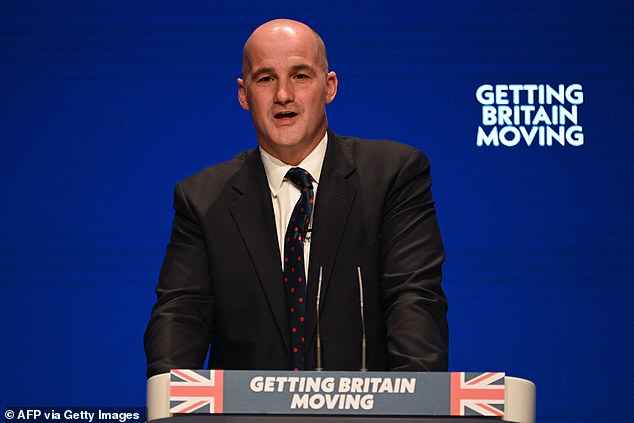 Mr Kwarteng’s presence at an event on the night of his Commons statement was defended by Tory party chairman Jake Berry, who was also invited

But Mr Kwarteng’s presence at the event was defended by Tory party chairman Jake Berry, who was also invited. He said: ‘What we heard there is support for the Government’s wider plans for growth and in truth, that event is just part of the normal sort of drumbeat of events leading ministers have with donors to political parties.’

He said it was a ‘good thing’ that political parties are not state-funded, and that donors have ‘a great role to play in supporting British democracy’.

Mr Berry told Sky News: ‘I can categorically rule out that in terms of the address he made to the group of people who were there… he did not give any insight into future plans. And I’m sure in terms of his private conversations he didn’t give any.’

Liz Truss told the BBC: ‘The Chancellor meets business people all the time, that’s his job.’ And a source close to the Chancellor dismissed any suggestion of impropriety, adding: ‘Any suggestion attendees had access to privileged information is total nonsense.’