On a chilly autumn night in 1966, inside a small boiler room at Geelong Grammar’s secluded Timbertop campus, Jonathan “Jonny” Southey had an encounter with King Charles III that he would never forget.

Southey, who was 14 at the time, said he was smoking a cigarette – a big no-no at the elite campus in Victoria’s high country – when he was caught by the then first in line to the throne. 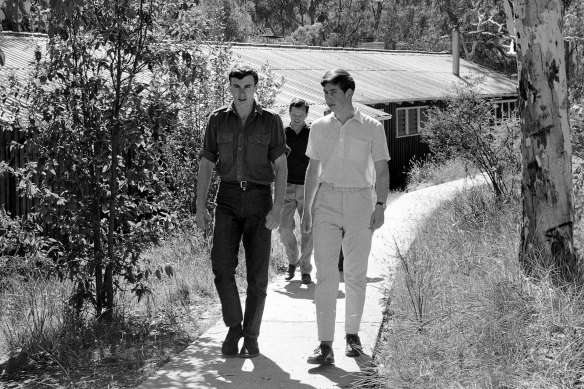 Charles (right) on his first inspection of Timbertop in February 1966. Credit:Ken Wheeler

Charles was 17 when he was sent to study in Australia for two terms, and he was something of a “prefect figure”, Southey said.

“He said, ‘Southey, you should know better than that. I better confiscate that cigarette,’ ” Southey recalled. “Off he went, and I was about to light up another one when he came back and … my stupidity led to confiscation of the whole packet.”

Southey said he expected a staff member to promptly arrive with a cane to punish him. He was relieved when they didn’t.

“So the King of England spared me. I’m very grateful to Charles for not having reported me to the headmaster, which saved me four or six cuts on the backside.”

Southey, from Armadale, laughs about the tale, but as he reflects following the death of Queen Elizabeth, he also believes the incident offers a glimpse into Charles’ character.

“He was a sensitive and worldly person in spite of the protected upbringing that he had. I found him a thoughtful and considerate fellow … We enjoyed having him there.”

During Charles’ time at the private school’s alpine campus, he took part in gruelling hikes, cross-country runs and wood-cutting.

His former peers, most of whom were about two years younger than he was, remember the newly proclaimed King as a timid but determined teenager.

“He wasn’t built of the same sort of rough and tumble,” Southey said. “He would have found it probably much more difficult to fit into the routine – we used to hike many tens of miles regardless of the weather – but I never heard him complaining or failing to present himself for any challenge.” 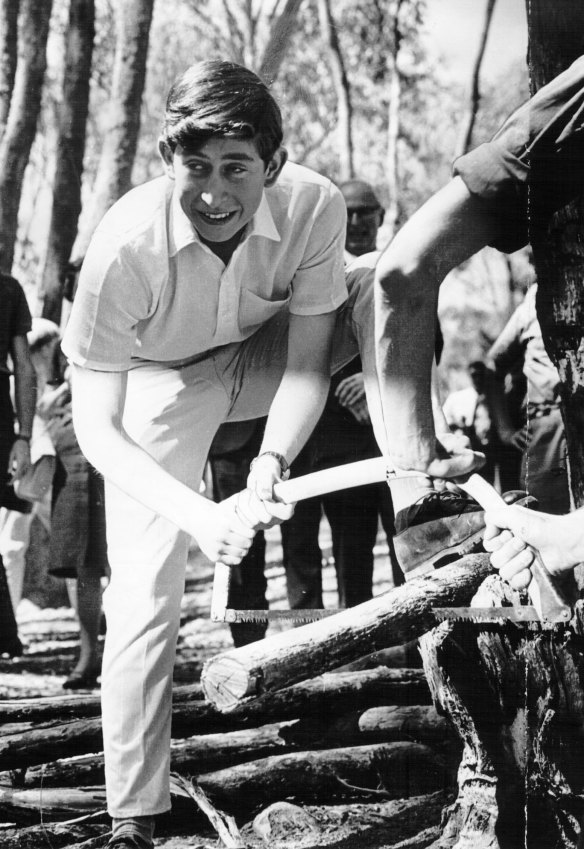 Graeme Burnham, a 72-year-old Victorian cattle farmer, said as teenagers, they didn’t care for royal fanfare and the young prince was simply known as Charles.

“He wasn’t self-important,” Burnham said. “There was absolutely no pomp and ceremony. There was no bullshit.”

Burnham said the only security in place was an Australian policeman who had been appointed to act as Charles’ bodyguard. “He had a 10-year-old Holden station wagon and Prince Charles was carted all over Victoria in that car.”

Gary Le Rossignol, 71, said Charles was tutored separately under the British curriculum because he was older, and he didn’t sleep in a shared dormitory, but he took part in all other activities.

Le Rossignol said he learnt to fly-fish thanks to the future king, who taught him and about a dozen other boys at the dam.

“It must have been awfully hard for him being in a foreign country with all these ratbag kids,” Le Rossignol said.

In 2011, Charles joked about being teased at the school as a “Pommy bastard”, but spoke fondly of his time there.

“Look what it has done for me. By god, it was good for the character,” he said. 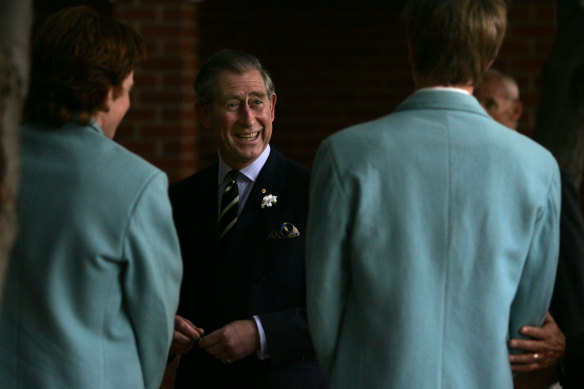 Burnham is confident Charles’ experience in 1966 drove his great affection for Australia.

“I would venture to say it was probably the most free he has ever been in his life,” he said.

Charles has returned to Geelong Grammar several times on visits to Victoria, including in 2005 to celebrate the school’s 150th birthday, when he recalled “having blisters on my hands and feet almost every day” at Timbertop. “In spite of all that, I loved it,” he said.

Southey said that when Charles was invited to attend a 50th-anniversary reunion in 2016, he responded with a letter to express his well wishes. “To bother to reply himself showed great calibre,” Southey said.

Chas Armytage, a sheep farmer and chairman of Country Racing Victoria, said that since their time at Timbertop he had been “fortunate” to meet Charles again at racing events in 1985 and 2012.

He said while Charles was “pretty shy” at school, he had always been “courteous and fair to everyone”.

“There would not be one ex-student who was there with him and wouldn’t have full respect of him and appreciate all the good things he’s done,” Armytage said.

Le Rossignol counts himself lucky to have spent time with Charles. “To think that we went to school with King Charles III is pretty special.”

Burnham, like many of his former peers, is convinced Charles will be a good king.

Receive a wrap of our coverage as the world mourns Queen Elizabeth II in our Morning Edition newsletter. Sign up here.