A Chinese kindergarten teacher was jailed for 18 months today for abusing children with sharp objects.

Liu Yanan, who was a teacher at the RYB Education New World kindergarten in Beijing, pricked four children with needle-like objects in November 2017, a court said. The scandal triggered national outrage.

An investigation into the kindergarten began when parents found needle marks on their toddlers who attended the high-end, bilingual Chinese-English school in Beijing’s Chaoyang district. 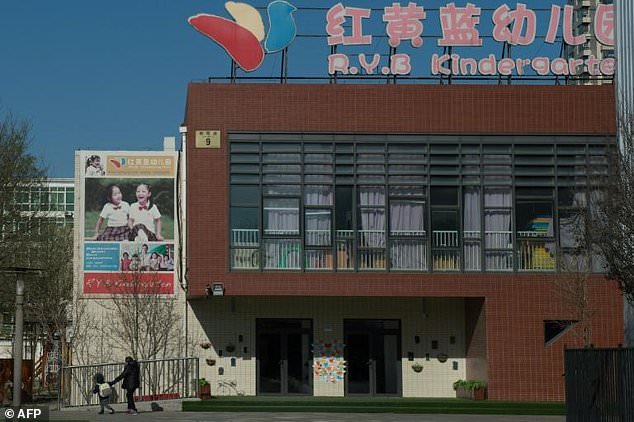 An investigation into the kindergarten began when parents found needle marks on their toddlers who attended the high-end, bilingual Chinese-English school in Beijing (pictured)

There were also allegations that the children were made to take mysterious pills, but this was not mentioned by the court.

In a statement today, the Beijing Chaoyang Court described the circumstances of the case as ‘vile’.

The court said Liu’s behaviour ‘has seriously damaged the physical and mental health of minors,’ adding that the abuse did not result in any lasting injury.

Liu has also been banned from working with minors for five years after serving the sentence.

The court did not give further information about Liu, such as Liu’s age or gender.

A police statement from November last year said Liu was female and 22 years old. She was said to have punished the pupils after they failed to sleep, according to the statement. 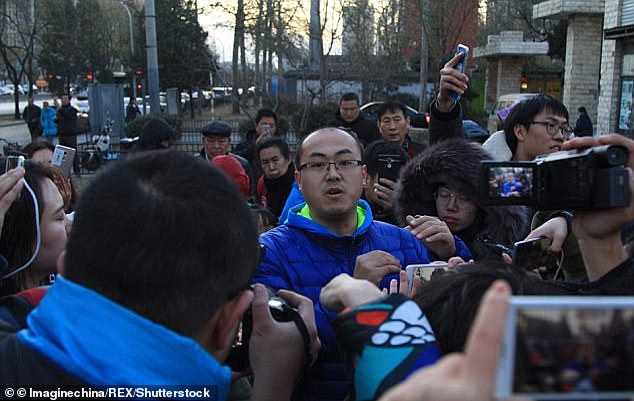 RYB Education, a New York-listed company which runs the chain of kindergartens, apologised for the incident and stressed on their official social media account the abuse was carried out by an individual.

However there was huge criticism of the sentence online, with many social media users angered that the punishment on Liu was too light and that no officials have been punished.

Three Beijing education officials were under investigation for ‘lack of supervision’ but the case has not progressed.

‘The cost to commit a crime is too low! This is condoning crimes!’ read one post on Weibo, China’s Twitter-like platform, saying that Liu should have been given a lifetime ban from working in education.

The incident prompted the State Council, China’s top administrative body, to call for an ‘immediate’ investigation into all kindergartens across the country. 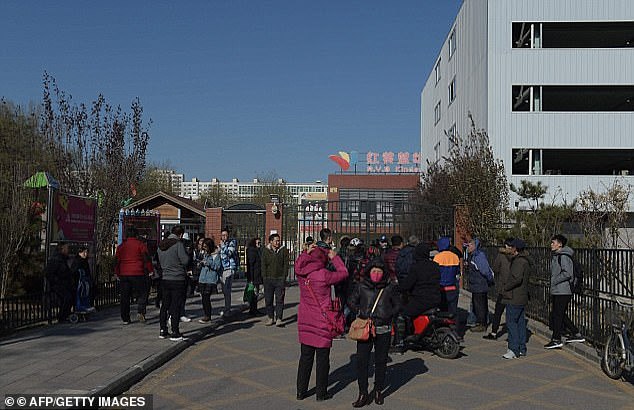 RYB Education owns some 500 kindergartens and nearly 1,300 learning centres across China for children up to the age of six, according to its website.

The scandal was not the first to hit the company.

RYB suspended the head of a Beijing kindergarten in April 2017 after videos surfaced of teachers throwing a child on a bed and kicking another in the back.

In 2016, two teachers from a RYB kindergarten in northeast Jilin province were jailed for 34 months for jabbing children’s heads, mouths and buttocks with sewing needles.