The Kardashian effect! Surge in business at Staten Island pizzerias and movie theaters where Kim and local boy Pete Davidson have been on dates – but not everybody’s happy about it!

Staten Island business owners have seen a surge in interest thanks to Kim Kardashian’s low key visits with her local-boy boyfriend Pete Davidson.

While they may have hoped to keep a low profile with their unglamorous outings, their dates to pizzerias and movie theaters have driven an influx of celebrity tourists hoping to catch a glimpse of them, sit where they sat and eat what they ate since going public last year.

There are now lines out the door at Campania, the Italian restaurant where the pair shared a pizza, salad and jug of sangria in October, and the local movie theater which they visited in December has been booked out in her honor.

‘I was like, “Kim isn’t here today, but check back tomorrow.” It took me a few times to realize they weren’t talking about my friend Kim, who works here with me. 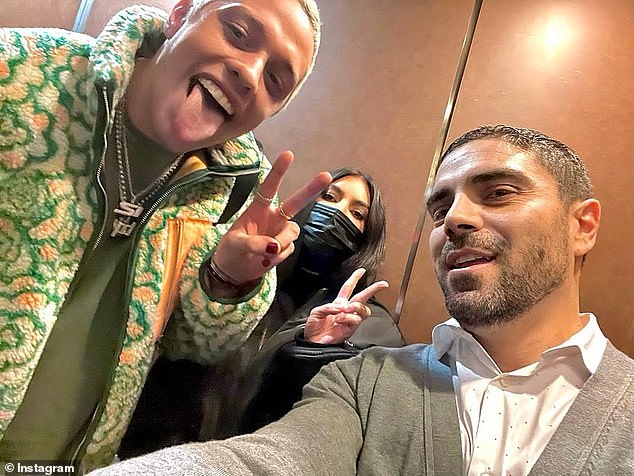 Kim Kardashian and Pete Davison posing with the manager of Angelino’s a restaurant in Staten Island, in December after a visit 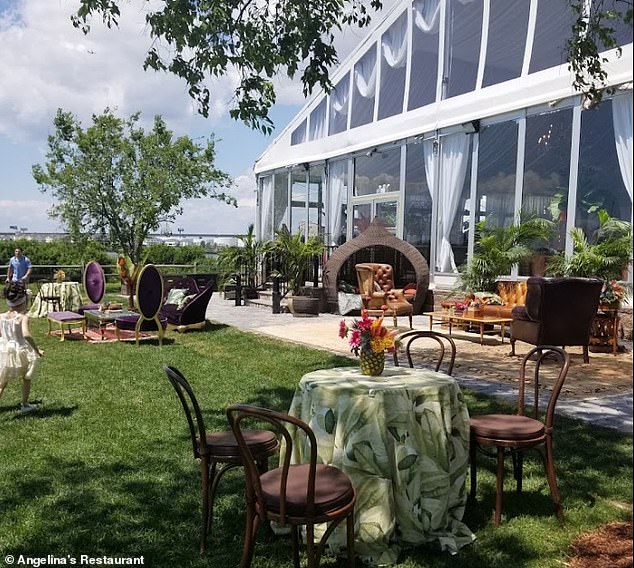 ‘They were talking about Kim Kardashian,’ waitress Nicole Bressi said.

The pair visited Campania in October last year, entering through the back door. Kim had been staying at the Ritz Carlton in Manhattan – it was only a week after her SNL appearance, which is how the pair met.

‘So many people ask us about Kim, we now make up stories. I wasn’t even here when Kim was here, but now I say, “Oh yeah, we had coffee. It was lovely,”‘ Bressi added.

‘It was crazy. The phone was ringing off the hook, and we had long lines every day.

‘People wanted to sit on the roof all winter long because that’s where she sat, but I had to explain to them the roof was closed because it was cold,’ he said.

He isn’t entirely happy about the influx of attention, however.

‘I don’t want lines anymore because it’s annoying for my customers.

‘We have been busy since we opened last April because our food, and service, is amazing. We don’t even need her,’ he said.

In December, Pete and Kim visited Atrium Stadium Cinemas along with Scott Disick.

The small boutique movie theater has since been inundated with people hoping to snag tickets to movies.

Recently, one fan rented out the entire theater and paid for popcorn for all his guests because he wanted to hold a party where Kim and Pete had watched House of Gucci in December. 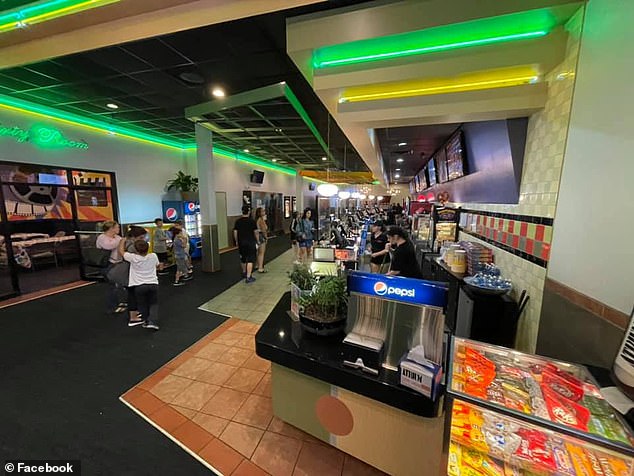 Since Kim and Pete visited in December, Atrium Stadium Cinemas has been booked out by people wanting to visit the theater where they watched House of Gucci with Scott Disick 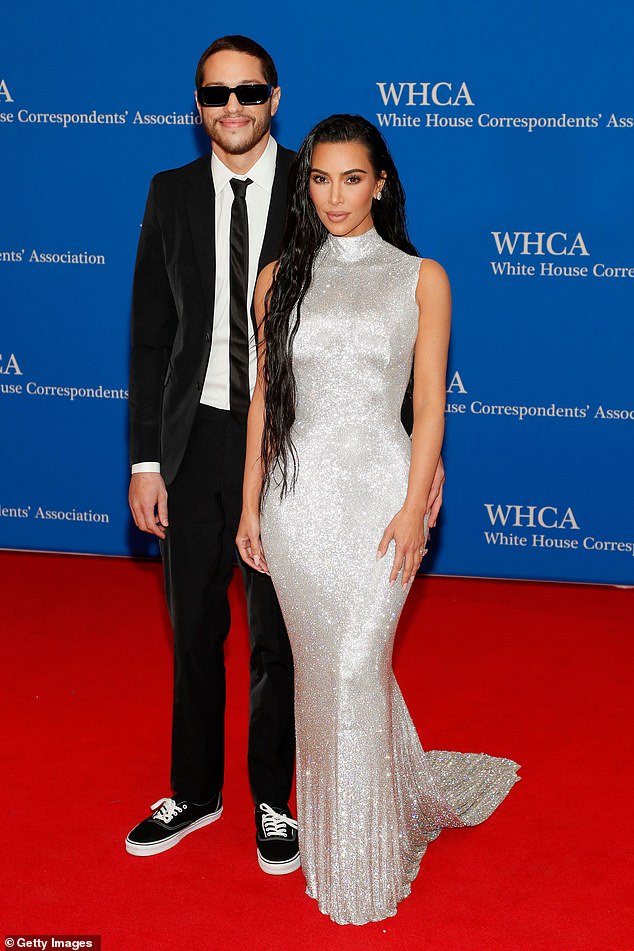 ‘Someone called a few weeks ago, someone from out of town, saying he wanted to come to the theater that Kim visited.

‘He rented out the whole theater for his friends and paid for everyone’s popcorn and food.

‘You can’t get any bigger than Kim Kardashian. The president could be here, and it wouldn’t be any bigger,’ the owner, Jesse Scarola, said.

When Kim, Pete and Scott visited in December, they were spotted on their way into the theater.

By the time the film ended, there was a crowd of people outside.

That same night, the couple visited Angelino’s, another restaurant. They posed for a selfie with the restaurant’s owner, who posted it on Instagram soon after.

The photo received more than 7,000 likes – far more than any other picture on the restaurant’s feed. 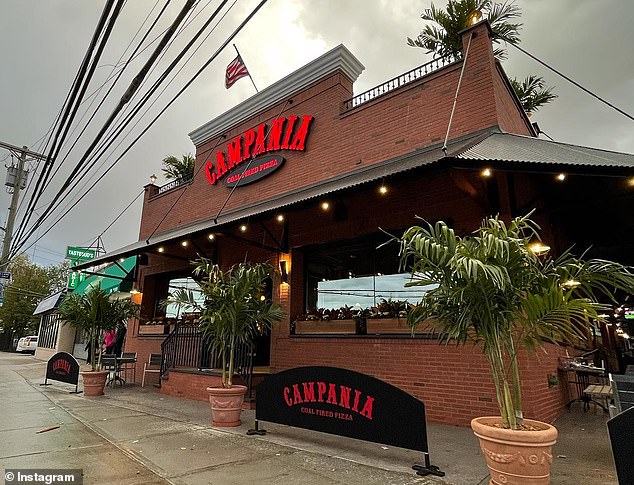 Pete and Kim dined on a pizza, salad and sangria at Campania in October last year. Now, the owner says the phone rings off the hook and there are lines out the door 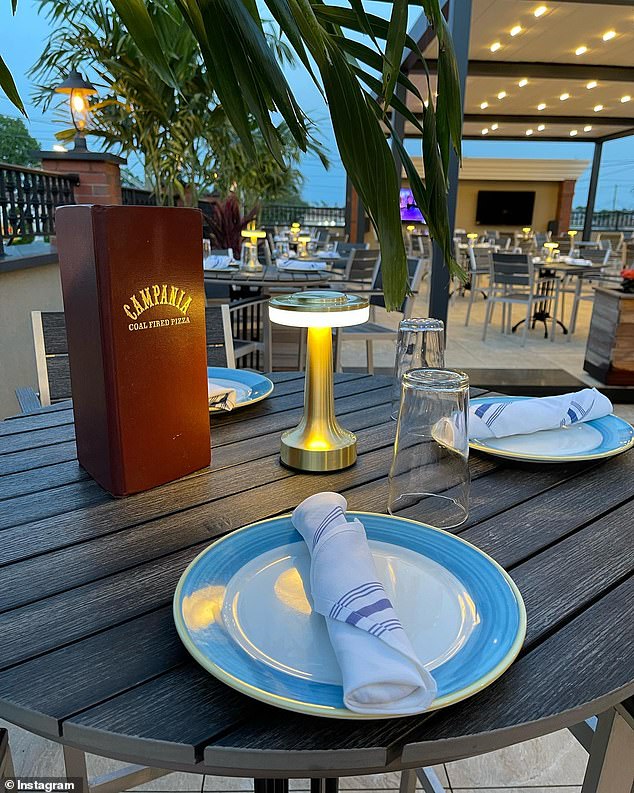 The owner of Campania says Pete and Kim dined on the roof while it was open, which led to people demanding to eat there throughout the winter even when it was closed

‘We have never had exposure like that. People started coming in from Brooklyn, Bronx, Queens, South Jersey, everywhere.’

Local politicians say the sudden interest helps to revive the local economy after a difficult few years of COVID.

But some residents are wary of all of the attention.

‘If Kim went there I would want to get a photo with her, but then I wouldn’t want the crowds that followed. I want my beach to stay undiscovered. It’s nice and quiet and it’s not dirty,’ Ruby Hernandez, a teacher, told the Times.

Since then, he has quit the comedy show which made him famous.

It’s unclear what he now plans to do.

Kim is predominantly based in Los Angeles, where she films The Kardashians for Hulu with her famous family, and where she shares custody of her four kids with the rapper Kanye West.