A killer who confessed to the bondage murder of a barman found naked and tied up in his Kensington apartment 42 years ago has been jailed for 19 years.

John Paul, 61, battered 42-year-old Anthony Bird with pieces of wood before leaving him unconscious and tied up in his flat in Bentley Court, Kensington Square in June 1980.

Mr Paul walked into Hammersmith Police Station and reported his horrific crime to an officer on 5 May last year.

Asked what he had done he replied simply: ‘Murder.’

Mr Paul denied murder, despite the confession, but he was convicted by an Old Bailey jury on 24 October. 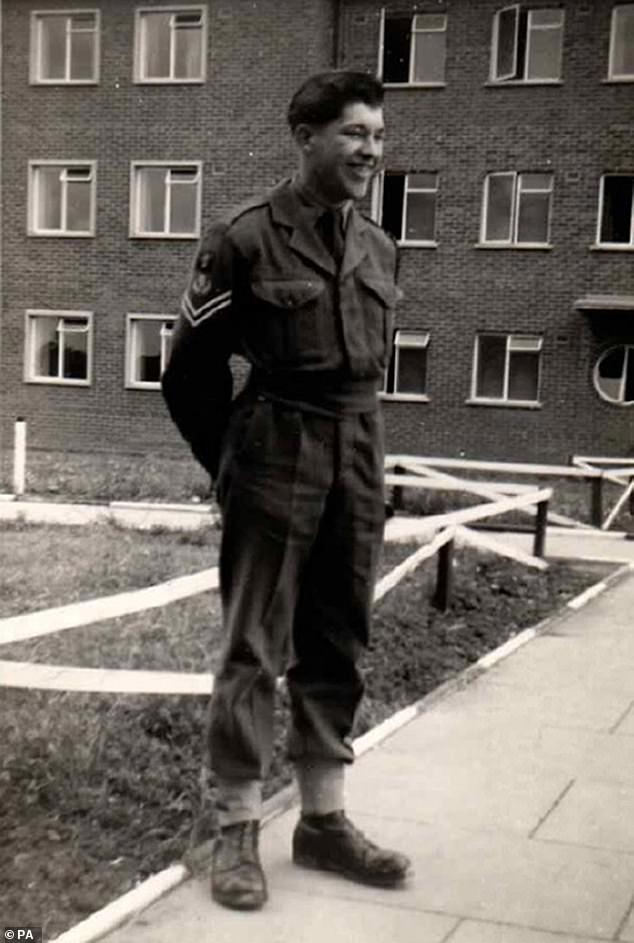 42-year-old Anthony Bird was battered with pieces of wood before being left unconscious and tied up in his flat in Bentley Court, Kensington Square in June 1980

The judge, Mrs Justice Cheema-Grubb jailed Paul for life and ordered he serve a minimum of 19 years in prison.

Jurors had heard details of the confession during the two week trial.

Asked what happened, he told one officer: ‘I see a man, he approached me and he’s just speaking to me and just talked me into having sex with him.

‘He took me back to his place.

‘I tied him with cord. I think the cord was black I’m not sure.

‘I tied him with a cord, his ankles, his hands, his arms, on the bed naked. 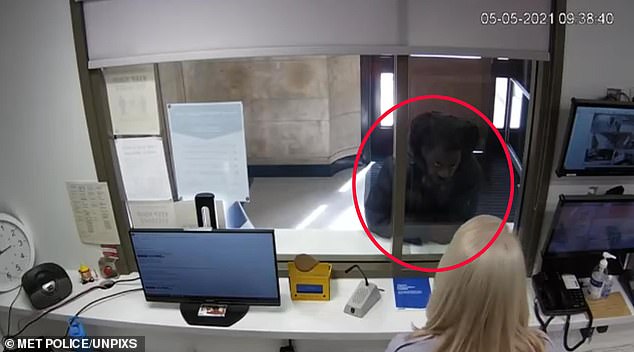 John Paul, 61, walked into Hammersmith Police Station and reported his horrific crime to an officer on 5 May last year

Officers investigated whether there was a record of an unsolved killing of a man at around the same time and location as Paul was reporting, the court heard.

The unsolved killing of Mr Bird was deemed ‘worth a look’ and that afternoon, Paul was arrested for the murder.

The 61-year-old was admitted as an inpatient at Hillingdon Hospital the next day while police investigated. 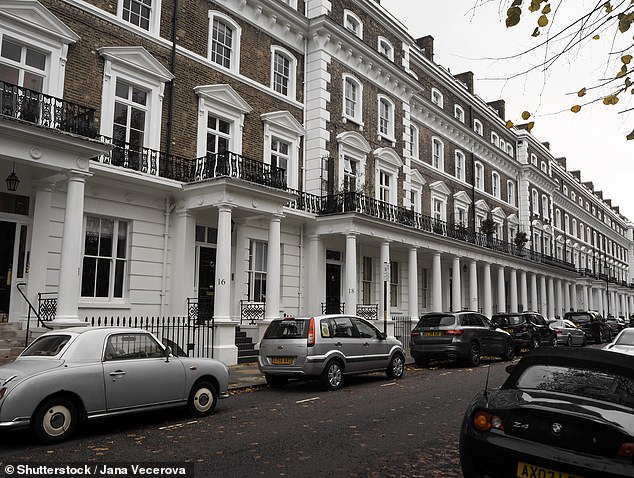 John Paul, 61, battered 42-year-old Anthony Bird with pieces of wood before strangling him in his flat in Bentley Court, Kensington Square (pictured) in June 42 years ago

Judge Cheema-Grubb said: ‘Mr Bird’s friends say he was in the habit of having sex with strangers he met on the street.

‘He met you, a 19-year-old walking around the street having recently left a borstal. I am sure that you intended to steal from him.

‘You were aware that he was after sex but you had no intention of engaging.

‘He undressed and you used a flex to tie him up at his request.

‘He was now defenceless and vulnerable. In order to ensure he didn’t cry out for help you hit him over the head until he was unconscious.

‘His death would have been caused by rendering him unconscious while in that position with his knees up and his airways comprised.

‘Mr Bird approached you looking for an intimate connection and you decided it was something you could use and exploit.

‘I take into account the enormous burden that mental illness has been to you for at least the past 20 years and will continue to affect your life and the manner in which you endure the sentence.’ 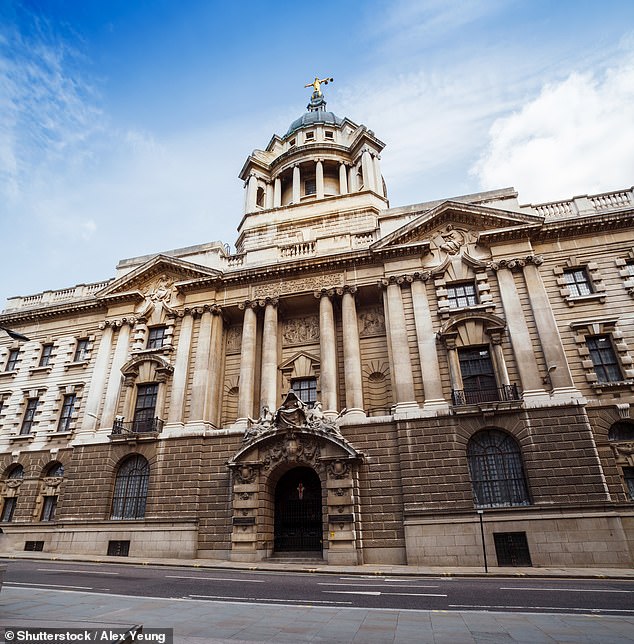 Paul denied murder, despite the confession, but he was convicted by an Old Bailey (pictured) jury last month

Paul’s defence lawyer Tama Adkien said he had shown as much remorse as was possible given his schizophrenia.

In a victim impact statement read to court, Mr Bird’s sister-in-law Gillian Bird said: ‘I was married to Tony’s brother Richard for 63 years, who sadly passed way in November 2021.

‘Myself and my family remember hearing about the murder very vividly.

‘I recall the family being at the local village fair when a tannoy came out for Richard.

‘Two policeman arrived to tell us he had been murdered, but they didn’t know who had been responsible.

‘At the time we were shocked and traumatised by the circumstances of his death.

‘We were never told any information about how he had been murdered.

‘Tony’s Mum Pauline was so shocked and upset at not being able to bury him for six months.

‘It was awful for her having to wait six months to lay him for rest. We never got any reason for this at the time.

‘Pauline died six years later. She was always a fighter and we have no doubt her death was hastened by the fact Tony had been murdered. They had always been in frequent contact.

‘Tony was a remote relative living alone in London, but it was still difficult to know his life had ended in that way, and made worse by the fact we never had any answer to what really happened to him.

‘Now 42 years on we can have some peace of mind knowing the perpetrator has been found guilty and convicted of this heinous crime.

‘Having seen Mr Paul in the dock of the court we would like to say we feel no hatred for him and feel sorry for him, having some sympathy for his current circumstances.’

‘He was a homosexual man, and it was known amongst his friends that he would frequently pick up men in the street and pay them for sex.

‘His next-door neighbour whom the police took a statement back during the first investigation spoke of frequent male visitors to his flat.’

Mr Bird was out in Queensway, on 3 June 1980, when he came across some friends and told them that ‘he had his eye on a black lad’ before following him.

‘Amongst those who knew him, Tony Bird was never to be seen alive again,’ the prosecutor said.

Mr Bird was due to work shifts at the Railway Tap pub that week and that the pub’s landlord became concerned when he failed to show up.

The police were eventually called on 6 June after a member of staff received no reply when he was sent to knock on Mr Bird’s door.

‘Police officers went to the flat on that Friday and they too knocked on the door. Again, there was no reply,’ Mr Price said.

‘The front door was securely locked and so, obviously by now fearing for Mr Bird’s safety, they had to use a sledgehammer to force it open.

‘The curtains were fully drawn in the living room of the flat. The room was in a dishevelled state as if, so it seemed to them, it had been ransacked.

‘There was a sideboard with nothing on it, though they noted that there were patterns in the dust marks which indicated that objects…had recently been moved.

‘They went into the bedroom. On the bed, they found the lifeless body of Tony Bird.

‘He was naked. He was lying on his side. His knees were tucked up and his legs were crossed.

‘There were numerous marks and apparent bruising to a number of places on his body.’

A post-mortem in 1980 found multiple sites of blunt force injury on Mr Bird’s body including bruising on his head, jaw, chest, thighs and the base of his penis, as well as a neck bone fracture.

Pathologist Rufus Crompton found the injuries were consistent with the use of ‘billets of wood’.

Dr Crompton also believed the cause of death was ‘manual strangulation’ but this was not the case.

The court heard fingerprints taken from the scene decades ago, which were previously unattributed, matched Paul’s prints.

Paul was charged with the murder on 27 May last year.

Porter and part-time barman Anthony Bird, 42, was found naked with his wrists bound, at his flat in Kensington Gardens Square, west London, on June 6 1980.

His murder remained a mystery for 41 years, until John Paul, 61, confessed to police last year that he had ‘battered him’ with a lump of wood.

Paul, of Maida Vale, west London, denied murder and an alternative charge of manslaughter at his trial at the Old Bailey.

It was claimed his confession to the killing was not reliable and that even if he was responsible, he did not intend to do Mr Bird really serious harm.

An Old Bailey jury deliberated for half a day before finding Paul guilty of murder.

On Friday, Mrs Cheema-Grubb jailed him at the Old Bailey for life with a minimum term of 19 years.

She said: ‘It was merciless and motivated by a wish to take that which did not belong to you.

‘I have no doubt this was a murder done for gain. You decided he was a target you could exploit.’

He told friends he ‘had his eye on a black lad’ and had hurried after him, the court heard.

After Mr Bird failed to turn up for work at the Railway Tap pub, police were called to his one-bedroom flat, jurors heard.

Officers used a sledgehammer to smash into the property and found that it appeared to have been ‘ransacked’, Mr Price said.

The prosecutor told jurors: ‘The officers went into the bedroom. On the bed they found the lifeless body of Tony Bird. He was naked. He was lying on his side. His knees were tucked up and his legs were crossed.

The court was told two planks of wood were found at the scene.

Mr Price told jurors that following his confession, Paul’s fingerprints were taken and matched to evidence from the crime scene.

In a victim impact statement, Mr Bird’s family said they were left ‘devastated, shocked and traumatised’ by his death.