Another major film production has fallen over in Sydney, with Netflix moving production of an action-thriller movie starring Chris Hemsworth to eastern Europe because of the ongoing lockdown.

A source close to the production but not authorised to comment publicly said the COVID-19 crisis and pandemic restrictions meant it was no longer possible to film the sequel to 2020’s action-thriller Extraction in Sydney before November when Hemsworth was due to begin filming Furiosa, the next instalment in the Mad Max franchise. 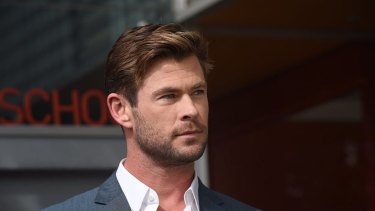 Sydney’s ongoing lockdown has forced production of a Chris Hemsworth movie to move to Europe.Credit:Kate Geraghty

“Unfortunately, with health restrictions and the COVID lockdown, we need another location,” the source said.

While movie production was permitted under pandemic restrictions, the source said it was “risky” and “too logistically difficult” to scout locations and stage shoots involving large film crews.

The source said the movie will be made in Prague, in the Czech Republic, instead.

The loss of the Hemsworth movie is a blow to Sydney’s reputation as a hub for film and television production, reeling from the cancellation earlier this month of American movie Days of Atonement starring Natalie Portman and based on a novel by Elena Ferrante.

Netflix still has a number of productions slated for Australia, including Heartbreak High that is due to be shot in Sydney later this year. However, other productions such as True Spirit, Irreverent and an untitled rom-com starring Victoria Justice and Adam Demos will be filmed in Queensland.

Labor’s Arts spokesman Walt Secord said the last-minute cancellation is a “kick in the guts” to the industry.

“Hundreds of actors and technicians were hanging on and crossing their fingers hoping that international film productions could go ahead, but the current outbreak has meant they will not go ahead,” he said.

Screen NSW and Arts Minister Don Harwin have been contacted for comment.

Furiosa, directed by George Miller, is billed as the origin story of the renegade warrior played by Charlize Theron in Mad Max: Fury Road.