Ketamine dealer, 23, is jailed for three years over death of Cardiff University law student, 18, who collapsed and died after taking the drug

A ketamine dealer has been jailed for three years over the death of a Cardiff University law student who collapsed and died after taking the drug.

Lanoi Liddell, 23, was found in possession of drugs when he was pulled over by officers in the student area of a city.

Police raided his flat and found a ‘drug shop’ with up to £8,740 worth of ketamine, coke, MDMA and other drugs inside.

Liddell was released under investigation but police raided his flat again just one month later following the death of student Megan Pollitt, 18.

The animal lover, said to be ‘full of dreams and aspirations,’ had moved from her home in Rugby, Warwickshire, to begin her law degree at Cardiff University.

She was found collapsed in her halls of residence after taking the party drug ketamine last November and died two days later.

Prosecutor Thomas Stanway said Megan’s death led officers to carry out a second raid on Liddell’s flat in the city.

Today he was jailed for three years after admitting to possession with intent to supply MDMA, ketamine and cocaine. 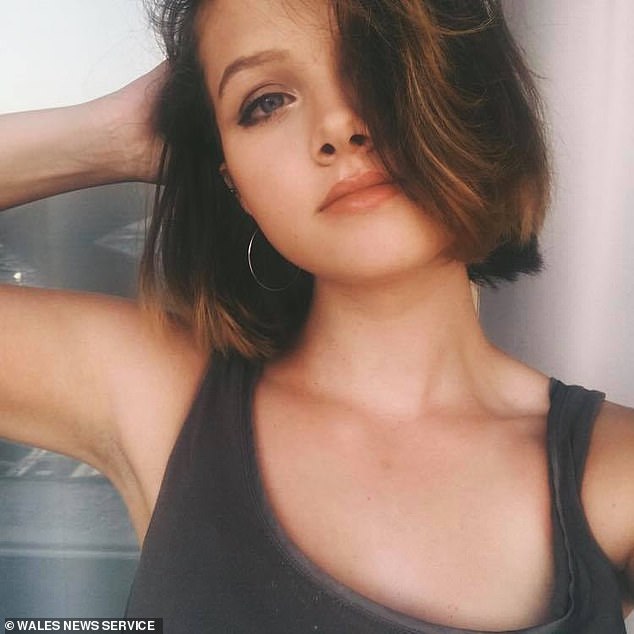 Megan Pollitt, 18, was found collapsed in a doorway at her halls of residence accommodation after taking the party drug 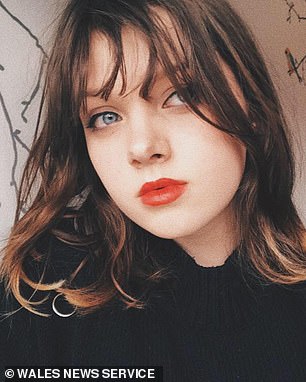 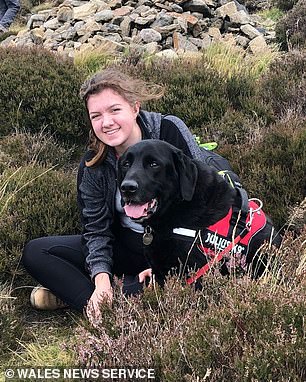 Speaking after her death, Megan’s family paid tribute to the much-loved student with a ‘beautiful smile.’

Cardiff Crown Court heard Liddell was first pulled over by police in his silver Toyota Yaris on October 12 last year.

Mr Stanway said: ‘He reacted to them when he realised they were police.

‘The police constable approached the driver’s side and the defendant was identified and handcuffed and appeared nervous.’

The court heard Liddell was found to be carrying 41-and-a-half tablets of Alprazolam – sold under the brand name Xanax – and over £200 cash.

He claimed it was for his own personal use and was taken to the police station where he lied and gave his mother’s address.

Police went to his flat after tracing where his car was registered and found the ‘drug shop.’ 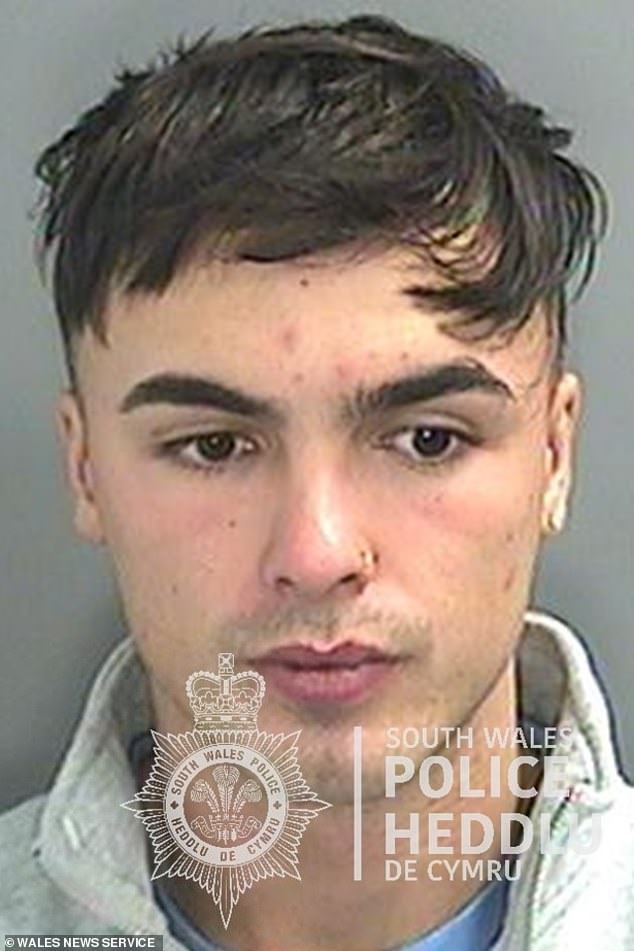 Police had raided Lanoi Liddell’s home a month before Megan’s death and found more than £8,000 worth of drugs. He released under investigation, but his Cardiff flat was stormed a second time after Megan died last November

Mr Stanway said: ‘One month later a university student Megan Pollitt passed away having consumed a quantity of ketamine.’

The court heard enquiries surrounding the death then led police to the second raid on November 16.

Mr Stanway added: ‘There was insufficient evidence to link the defendant to that death.’

Liddell was arrested at the flat and his iPhone was seized and showed him to be involved in ‘street level supply.’

He later pleaded guilty to possession with intent to supply MDMA, Ketamine and cocaine.

Judge Daniel Williams said Liddell was ‘obviously up to no good’ when police first spotted him in the student area of Cathays.

He said: ‘You were soon at it again. By the end of the month you were supplying MDMA and ketamine.

‘The latter investigation came about as the result of the tragic death of Megan Pollitt.

‘There was no evidence that you supplied Megan Pollitt with the drug that led to her death.’

Liddell was jailed for three years and four months.

Speaking after her death, Megan’s family paid tribute to the much-loved student with a ‘beautiful smile.’

They said: ‘Meg dedicated her time to everyone around her and was always there for others.

‘She had recently started studying law in Cardiff and was full of dreams and aspirations.

‘Having moved away Meg still enjoyed close contact with family and friends, sharing stories and laughter through visits and calls.

‘We will miss her beautiful bright smile and positive energy that would lift the spirits of anyone. 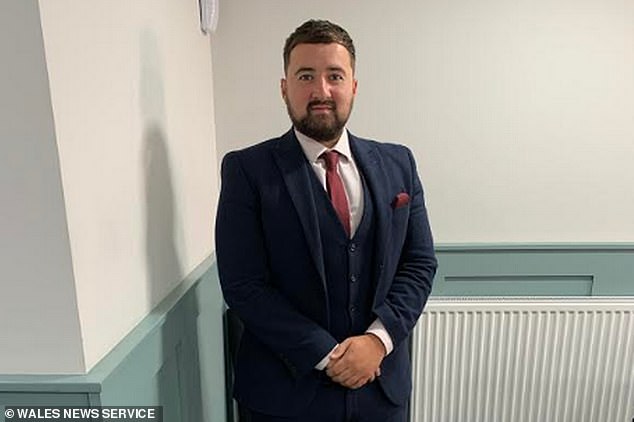 Estate agent Rhys Trezise, 25, fell ill at a house party and died in hospital the following day. An inquest into his death is set to take place later this year

‘Meg loved the outdoor space, particularly hiking with her Dad and her dog. She had recently climbed Snowdon and reached the summit.

‘Meg also loved reading the classics, watching Anime and listening to music as well as supporting the Wasps rugby team.

‘Meg will be missed and forever loved by her Mum and Dad, sister, grandparents and friends.’

Estate agent Rhys Trezise, 25, fell ill on the same weekend as Megan after taking ketamine at a house party in Cardiff and died in hospital the following day.

There was no mention of his death in court and an inquest is set to take place later this year.