Labour’s class war: Keir Starmer’s MPs snipe at ‘little rich Rishi’ as Tories accused them of living in a ‘world of envy’

The premier’s wealth was repeatedly raised by Opposition politicians during a bad-tempered PMQs session.

Ahead of what are expected to be brutal spending curbs and tax rises in the Autumn Statement next week, one suggested he would use his ‘unearned’ fortune to get private medical care rather than wait for the NHS.

Former Cabinet minister Liam Byrne complained that ‘one of the richest men in Britain’ is ‘doing so little for the poorest’.

The repeated references to Mr Sunak’s wealth look to be a deliberate tactic, with polls indicating that the public question whether he can understand the struggles of ordinary Britons amid the cost-of-living crisis. 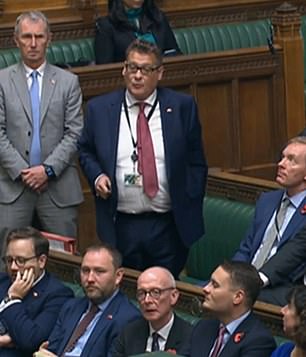 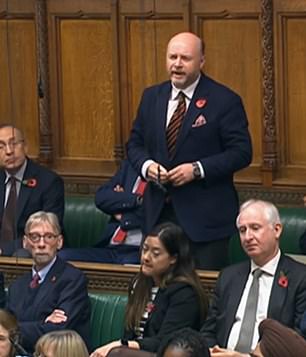 The PM is a privately-educated former banker who has an estimated £750million fortune with his heiress wife. His parents are a GP and pharmacist from India who came to the UK.

However, Tories insisted the Labour approach will not work as ‘people want to be successful like Rishi not live in a world of envy’.

At PMQs this afternoon, former frontbencher Karl Turner said: ‘If the Prime Minister or any member of his many households became unwell, would he start ringing the GP surgery at eight o clock to not get an appointment?

‘Would he go off to accident and emergency and wait 12 hours to be seen? Would he call an ambulance which wouldn’t come or would he use some of his £750million unearned wealth to pay privately and see somebody there and then?’

Mr Sunak replied: ‘I’m very grateful and let me put on record my thanks to the fantastic team at the Friarage Hospital in Northallerton, who have provided excellent care to my family over the years.

‘But (he) is right to highlight the issue of people waiting unacceptably long for treatment that they need. That’s why we’ve put record funding into the NHS to help with backlogs and waiting times this winter.

‘It’s why the Health Secretary and the Chancellor are discussing how best to deliver the reforms that we need because I want to make sure that everyone gets the care they need, and we will continue to invest in more doctors, more nurses and more community scans so that we can deliver exactly that.’

In a tweet after the debate Mr Turner added: ‘Poor little rich Rishi isn’t up to it and the Tory MPs behind him know it.’

Mr Byrne said: ‘Tomorrow across my constituency of Hodge Hill I’ll be delivering food bank collection crates because once more our food banks are running out of food.

Mr Sunak replied: ‘Well, I’m proud of my and this Government’s track record in supporting the most vulnerable in our society and that will always continue, and it is a bit rich hearing from the gentleman who … the first person who reminded us what happens when the economy gets crashed by a Labour government.

‘Such personal attacks are unnecessary and demean the person and the party that makes them.

‘It also makes clear that if you aspire to better yourself then Labour isn’t the party for you.’

Tory MP Lee Anderson told MailOnline that he did not believe people ‘give a toss’ about Mr Sunak’s wealth.

‘I spoke to a first time Tory voter in Ashfield last week. She told me she does not give a toss how much money Rishi has got and if he can run the country like a profitable business then we should all celebrate that,’ he said.

‘People want to be successful like Rishi not live in a world of envy.’ 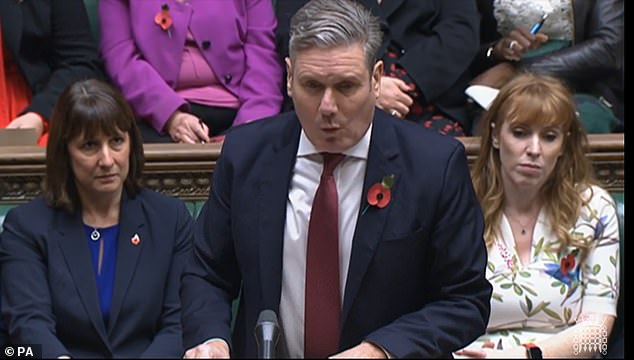