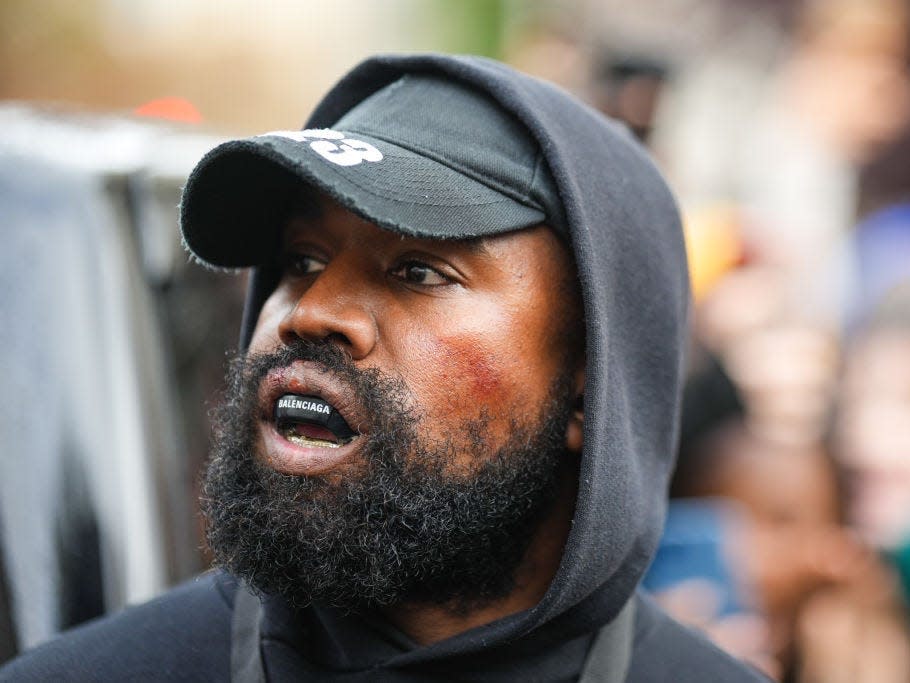 Ye, the rapper formerly known as Kanye West, says the Internal Revenue Service has put a $75 million hold on his accounts.

Ye talked about his financial situation during a Monday night episode of the right-wing "Timcast IRL" podcast that also featured white nationalist Nick Fuentes and alt-right figure Milo Yiannopoulos. Speaking to host Tim Pool, Ye said his "finance people" told him he is going to "have to pay a lot of taxes."

"I'm talking about literally finding out that they were trying to put me in prison this morning," the rapper said. "But I found out — okay, so they froze, they put a $75 million hold on four of my accounts."

He said he was "obviously not the most financially literate person on the planet" and added that he went around to the "different CFOs" involved in his businesses to find out if not paying taxes would be tax evasion.

So now I'm having — I get to actually learn how to run a company. I get to learn how to, you know, to count, really. It's like I didn't even know where to put the money.Kanye West

"So now I'm having — I get to actually learn how to run a company. I get to learn how to, you know, to count, really," Ye said of his finances. "It's like I didn't even know where to put the money."

On Monday's episode of the podcast — which Ye later walked off of in a huff when Pool questioned an anti-Semitic comment he made — the rapper said he was trying to buy his own bank and wondered aloud if he could run for president from jail. Ye said in November that he was running for president again after a failed bid in 2020. He has not filed the paperwork to do so.

At one point during the podcast, the rapper said God is "breaking him down" by "removing" all his riches, but that his children will be fine because his "baby mama," Kim Kardashian, has money.

Ye has been an endless source of controversy of late, particularly after he went on several anti-Semitic rants in October. Brands including Adidas and Balenciaga cut ties with Ye amid the debacle, bringing his estimated net worth down from $1.5 billion to $400 million.

In November, Ye claimed Adidas is suing him for $275 million of his remaining net worth. This was after Ye announced on October 25 that he was ending their partnership. Adidas declined to comment on Ye's claims.

The IRS did not immediately respond to Insider's request for comment.