The Justice Department on Monday filed a revised inventory of items seized from former President Donald Trump's Mar-a-Lago resort last month, in addition to a declaration supporting the accuracy of the new list.

Senior U.S. District Judge Raymond J. Dearie of New York, the court-appointed special master in the case, had ordered the Justice Department to file a declaration of all non-classified items to Trump's lawyers as part of his review of documents that federal agents seized on Aug. 8.

“In order to ensure that the Detailed Property Inventory was accurate, I and FBI personnel working under my direction conducted an additional review and recount of the Seized Materials in order to make this declaration,” a supervisory special FBI agent who was present for the search wrote in Monday's filing. “That additional review and recount resulted in some minor revisions to the Detailed Property Inventory.”

The few differences mostly concern the quantity of non-classified government documents and Trump’s collection of magazine and newspaper articles. A federal appeals court recently ordered that the classified documents should not be included in the special master’s review.

The updated list adds 55 items to the more than 11,000 government-owned documents and photographs that the Justice Department says were removed from Mar-a-Lago. 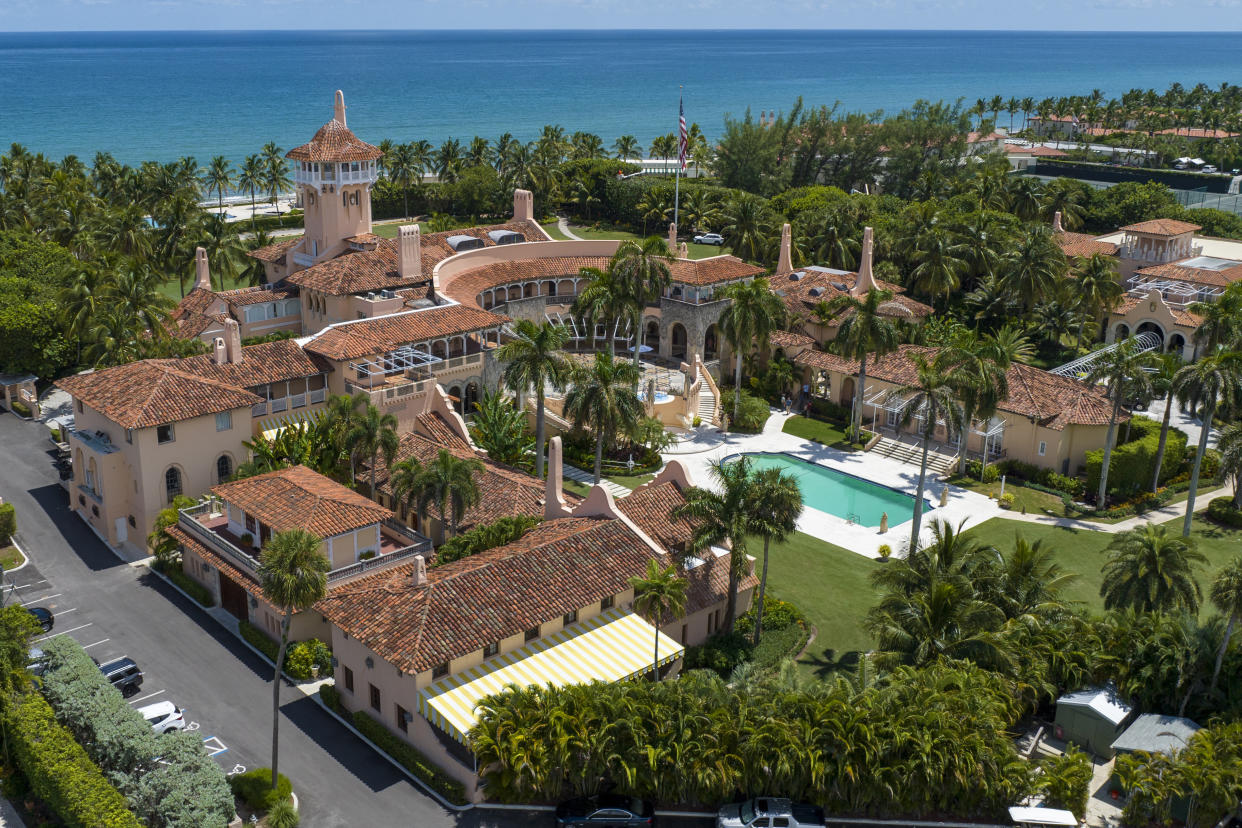 The special agent who made the filing suggested that the revisions were attributable to the additional time investigators were allotted to provide the final list; an earlier order for the initial inventory list had required that it "be completed in a single business day.”

Among the changes was a revised entry for the final box taken from the Mar-a-Lago storage room where most of the seized materials were kept shows fewer empty classified folders. While the original inventory list noted two empty folders with “CLASSIFIED” banners in the box, a revised entry removes those folders. A total of 46 empty folders with classified markings are still listed for other boxes.

Other categories including books, gifts and articles of clothing were unchanged.

Trump's legal team will have an opportunity to respond in person to the latest Justice Department filing at a status conference scheduled for next week, but its response in the form of a court filing is due before then, on Friday.

Dearie ordered Trump’s team last week to submit a “declaration or affidavit” to back up the former president's public claims that some of the items removed from Mar-a-Lago had been planted there. His lawyers can also note any items they say were seized but not itemized in the inventory.