Just 33% of voters would re-elect Biden if the 2024 election was today, a new poll shows: A majority of Americans say they’re worse off than in 2020 – with the midterms less than a month away

Just one-third of American voters would send President Joe Biden back to the White House if the 2024 election were held today, according to new poll findings published on Sunday.

A majority of Americans also believe their lives are worse off than they were two years ago, the poll found.

The new survey by Fox News was taken from October 9 through 12, less than a month until Election Day 2022 when voters will decide which party controls Congress for the latter half of Biden’s term.

While a 54-percent majority said they want someone other than Biden to run for president, Democrats do have a slight edge over Republicans on the generic Congressional ballot.

Forty-four percent of registered voters said they preferred the left to the right for their Congressional votes while 41 percent said the opposite.

However, Republicans have a one-point edge among people who ‘feel certain to vote,’ according to the survey. 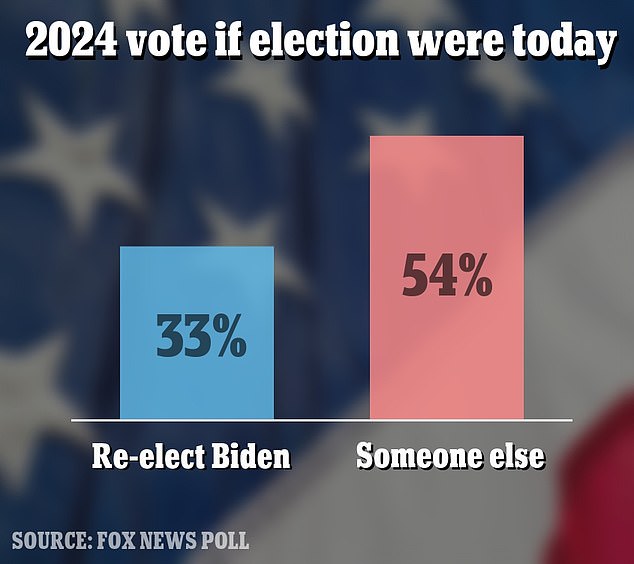 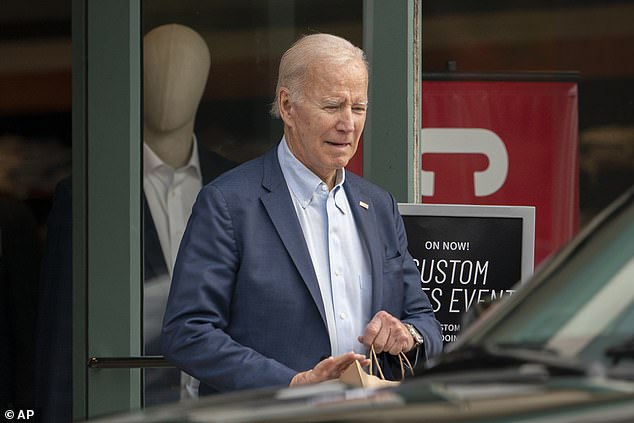 He’s still widely unpopular with Republicans, as expected, but Sunday’s poll results are a stunning near-uniform condemnation of Biden despite his campaign pledge to unite all Americans.

Biden is also lagging among the critical Independent voter bloc, where just 13 percent said they would re-elect him if the election were today.

Fox’s poll doesn’t appear to factor whether the person voted for Biden in 2020.

It does, however, suggest that Americans are widely dissatisfied with the president’s stewardship of the economy.

Inflation and high prices are a top concern for nearly nine out of 10 US voters, the poll suggests.

Fifty-one percent said they and their families are worse off now than they were in 2020, a 6 percent increase from May 2022. 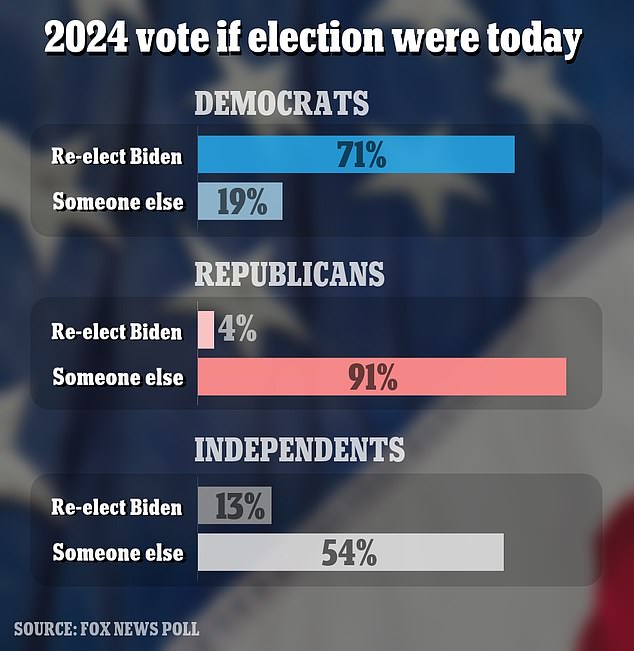 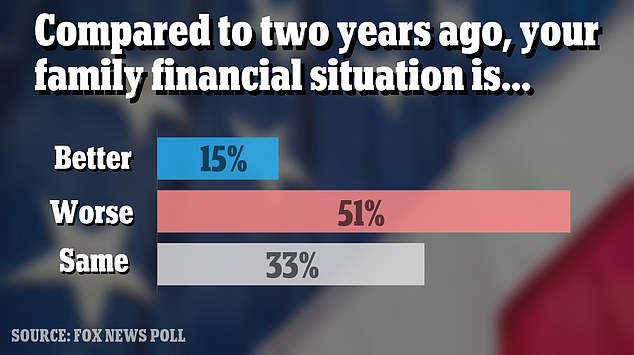 Most respondents also said they are worse off than they were in October 2020, when Donald Trump was still in office

Biden was also lacking in key personality aspects that he held as defining traits on the 2020 campaign trail. More than 50 percent said he was not ‘honest and trustworthy,’ and 51 percent said he did not ‘care about people like me.’

It’s not clear yet what Biden’s effect will be on Democrats’ effort to cling to their razor-thin Congressional majorities, but lawmakers running for re-election are running a range of tactics.

The White House announced on Sunday that Biden would be campaigning with Democrat Rep. Charlie Crist in his bid to unseat Florida’s popular Republican Gov. Ron DeSantis.

By contrast, Democratic Georgia Senator Raphael Warnock refused to say if he’d support Biden in 2024 during his debate against Trump-backed Republican Herschel Walker.

‘I’ve not spent a minute thinking about what politicians should run for what in 2024,’ he said.

And in Ohio, Democrat Rep. Tim Ryan – who is vying for an open Senate seat also being eyed by a Trump-backed Republican – point-blank shot down the idea of endorsing Biden for re-election.

Asked about it during a debate against JD Vance in Cleveland, Ryan said: ‘No, I’ve been very clear. I’d like to see a generational change.’