Britons are ready to emerge from lockdown under a ‘new normal,’ with around 60% prepared to pay more taxes to support the NHS and increase pay for key workers, a survey has found.

Research from BritainThinks, compiled in part by lockdown diaries written by surveyors, has found 12% of people want life to return ‘exactly as it was before’ the coronavirus pandemic forced draconian lockdown measures across the country in March.

According to The Observer, the survey shows three new priorities for Brits; better funding for the NHS, saving the economy nationwide, rather than focusing on London and improving pay and treatment for essential workers. 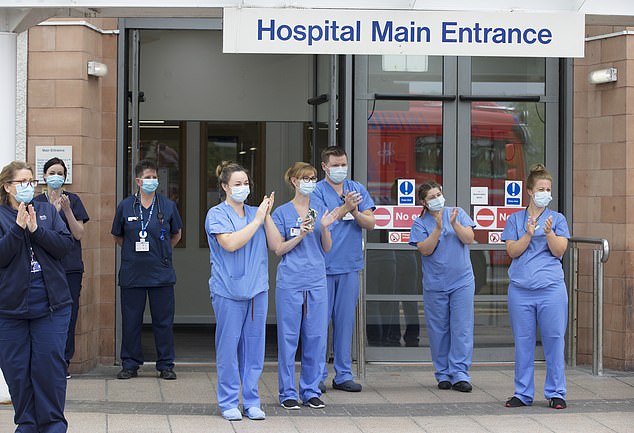 BritainThinks’ survey found 60% of people were willing to pay more to support the NHS and wanted greater appreciation of key workers. A Clap for the NHS was held on July 5, including at Wishaw General Hospital, last Sunday

The survey found 60% of people would be willing to may more in their taxes to support the NHS – around 54% of Conservative voters surveyed supported the measures.

BritainThinks founding partner Deborah Mattinson told The Observer: ‘I hate it when people talk about the “new normal” – it just makes me want to scream. But actually, people don’t want the “old normal”. They really, really don’t.

‘They want to support and value essential workers and social services more. They want to see more funding for the NHS.

‘There’s a massive valuing of those services and austerity is totally off the agenda.’

One diarist for the survey complained about a lack of funding for essential services, warning the NHS may not be able to cope if a second wave were to hit. 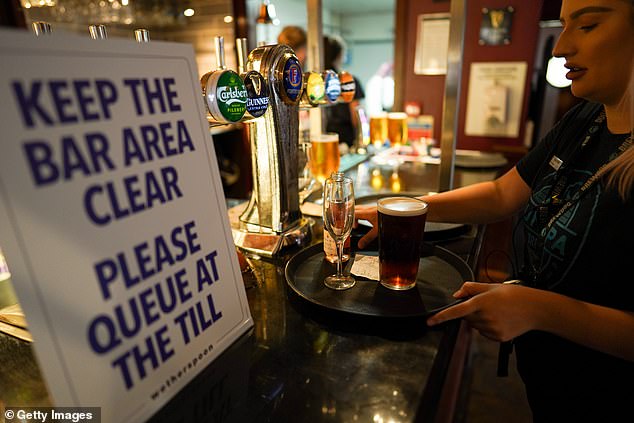 New social distancing measures have changed the faces of pubs and shops, but those surveyed say they do not want to go back to the ‘old normal’

Another writer, a 65-year-old woman, said: ‘I want us to create a more conscious and considerate world.

‘Social care and the NHS are clearly underfunded, as is education, and so many people live in poverty.’

Around 72% of those polled said they followed lockdown rules more closely than the average person, while 17% supported a new wave of austerity measures.

In 2011, BritainThinks carried out a similar survey regarding austerity measures and found 60% of the UK public supported tightening government spending.