A High Court judge has ruled that doctors can stop life-support treatment for a baby boy who suffered a ‘catastrophic’ brain injury, alleging that doing so is ‘lawful’ and in his ‘best interests.’

Specialists treating the five-month-old boy, who is on a ventilator, argued he has no prospect of recovering, and should be removed from the ventilator and given only palliative care.

The boy’s parents, who are Muslims of Bangladeshi origin, had urged the judge to give him more time to ‘make progress’ or for ‘Allah to intervene’.

Mr Justice Poole, who reconsidered evidence in a series of hearings in the Family Division of the High Court in London, concluded on Wednesday that treatment was ‘futile’ and will not improve the infant’s condition.

‘Treatment is futile. It cannot bring about any improvement in [the boy]’s condition,’ Mr Justice Poole ruled. ‘As long as he is kept alive he will suffer more burdens than benefits from being kept alive.’

The infant, whose identity has been shielded per the court’s instruction, been declared dead in June after doctors diagnosed him as brain-stem dead.

The boy’s parents were interviewed by police after evidence suggested he had suffered what appeared to be ‘non-accidental injuries’ during the summer, the judge heard during the trial.

No charges had been brought, but the couple remained under investigation.

The parents are now ‘considering appeal options’ but no decision has yet been made. The couple had lost an earlier High Court fight and a second trial was staged after they appealed. 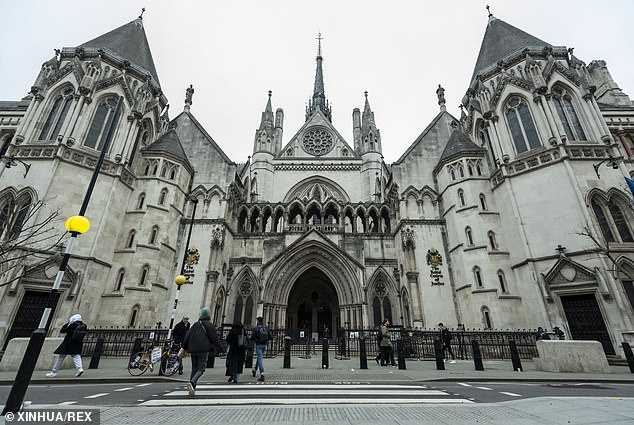 Mr Justice Poole, during a private hearing at the Family Division of the High Court in London (pictured), ruled on Wednesday that ending life-support treatment for a brain-damaged baby is ‘lawful’ and in the five-month-old boy’s ‘best interests’

Lawyers representing the trust had asked the court for decisions about what moves were in the child’s best interests.

Mr Justice Poole, who referred to the boy as ‘A’ in his ruling, said on Wednesday scans had detected no brain activity in the past two months.

Evidence showed the boy could not hear or see and much of his body had become ‘rigid’.

‘I find that A has no conscious awareness of pain or pleasure,’ he declared.

‘It is virtually certain that A’s condition will not improve with time and there is no treatment available to bring about improvement.’

The judge said the boy would not regain consciousness, would always need a ventilator and would never be able to leave an intensive care unit.

His remarks came after Victoria Butler-Cole KC, who is lead the couple’s legal team, told the court on Tuesday: ‘If he remains severely disabled … that continues to be a life that has value.’

The five-month-old boy had appeared to be healthy but was found unresponsive in June at about two months old, the judge heard. He is currently receiving care in a specialist unit at a London hospital.

Doctors concluded that the boy’s brain had been starved of oxygen for more than 30 minutes and he had suffered ‘devastating’ brain damage.

Mr Justice Poole was told how the boy had been declared dead in June after doctors diagnosed him as brain-stem dead. He remained on a ventilator because his parents were unhappy with the diagnosis and litigation had begun.

Lawyers representing bosses at Guy’s and St Thomas’ NHS Foundation Trust, who are responsible for the boy’s care, initially asked a judge to make a declaration of death.

The boy then started trying to breathe in early July, after a preliminary High Court hearing. Specialists rescinded ‘the clinical ascertainment of death’ and conducted a series of brain-stem tests that had shown ‘no activity,’ the judge heard.

A senior doctor involved in the baby’s treatment said medics were trying to understand why he tried to breathe, after a series of brain-stem tests showed that he was dead.

The doctor told Mr Justice Poole that research had revealed a ‘few’ similar cases internationally. She said evidence showed other patients had not survived.

The doctor said she expected an international panel of experts to examine evidence and give guidance.

Mr Justice Poole said he had been told that the application of a code of practice was under consideration. 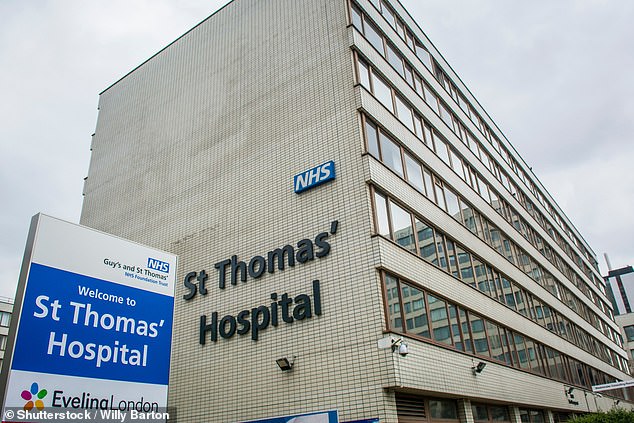 Specialists treating the boy, who is on a ventilator, say he has suffered a ‘catastrophic’ brain injury, has no prospect of recovering, and should be removed from the ventilator and given only palliative care

A lawyer representing the parents said after the ruling that no decision had yet been made about an appeal bid, but they were ‘considering their options’.

The boy’s parents lost an earlier High Court fight when another judge, Mr Justice Hayden, decided that treatment should end.

Court of Appeal judges ordered a fresh trial after upholding an appeal by the boy’s parents and concluding they had not had a fair hearing.

The parents represented themselves at the trial before Mr Justice Hayden.

They told appeal judges that Mr Justice Hayden should have adjourned the trial to give them time to find lawyers.

Appeal judges agreed and said Mr Justice Hayden’s decision not to adjourn the trial was ‘unfair’.

Mr Justice Poole issued Wednesday’s ruling during a private hearing. Reporters were permitted to attend and could cover the case, but the judge ruled that neither the boy nor doctors involved with his care could be identified in media coverage.